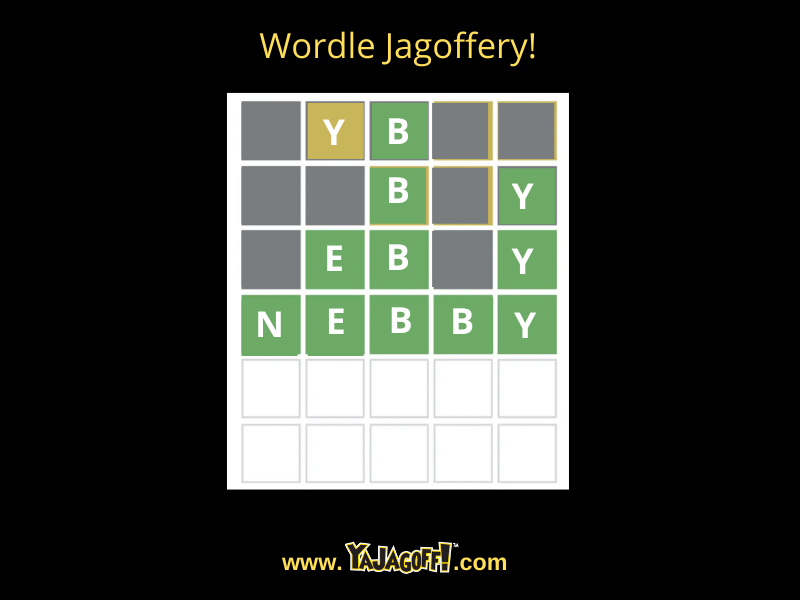 Have you become addicted to the Wordle thingy yet?  Has it messed with your mind as bad as the old Rubik’s Cube?  Have you been caught looking at your Wordle app when a red light turns green causing someone beep at you?

It’s the thing. Everyone’s doing it but, some folks got mad recently because, ALLEGEDLY, since the New York Times purchased the rights to it, the puzzles have become harder.  If you’re not familiar with the Wordle Puzzles, each day you have to guess a new 5-letter word. Seems simple?  You only have 6 steps to get it correct.  So this isn’t like when you’re playing Words With Friends .. where you can make up words by sliding tiles in and out.. hoping for a random, app approved word that contains 2 Qs and 1 Z! So it ain’t easy.

But here’s our Yinzer complaint!, As loyal Pittsburghers, we see a major issue in the game app.. it doesn’t take Pittsburghese! It’s outrageous and, as Pittsburghers, we need to change this.  It’s time to rise up and take control!  We need words like nebby to be accepted.

Hey Bob Nutting, since you have a bunch of money from baseball, can we get you to purchase the Wordle app from the New York Times and then stack the deck for us by loading a bunch of Pittsburghese answers… YaJagoff? (Used in the term of endearment context)