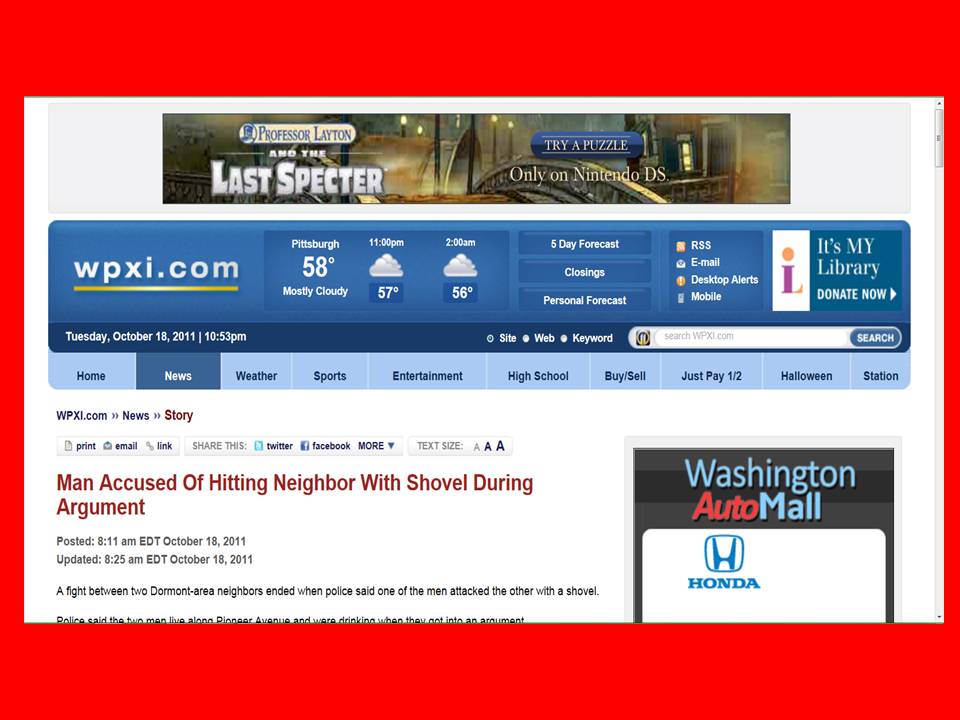 So last night on Facebook we asked who we should post as today’s Jagoff?  The 75 year-old lady that had to have SWAT called on her?  The Fayette County wedding couple who’s first fight of their hour-long marriage was a 50-person fist fight with some wedding crashers or these boys?

(Ya know, there are soooooooo many stories that begin with the quote, “We started drinking and then….” )

But anyway, these two Dormont neighbors were drinking and the next thing that happens is one ALLEGEDLY has a knife and the other has a shovel.

(Isn’t there something in movie scripts that says, “you never bring a knife to a SHOVEL FIGHT?)

Click HERE for the WPXI story if you want but, the key statement in the story is, “The suspect, Rob Coates, told Channel 11 News that the other man grabbed a knife to try to get him to leave, so Coates said he grabbed a shovel to defend himself.”

(Silly question time:  If your neighbor grabs a knife to try and get you to leave, would you LEAVE or would you grab a shovel?)

For some reason, when your’e drinking, your decision-making becomes as faulty as a Pittsburgh Pirates front office person that thinks it’s a good idea to raise ticket prices.

(Silly question time AGAIN:  What do you have to do to make your neighbor soooooooo mad that he asks you to leave by brandishing a knife?)

Something tells us this is more than simply NOT using the deodorizing spray after using the bathroom nearest to where you’ve been drinking.

Coates goes on to say, “I said, ‘Let’s just make some gyros and be cool.’”  Haaaaa.. haaaaaaaaaa… make some GYROS?  The generally accepted olive-branch-let’s-call-a-truce phrase in Dormont?

(Silly question time again:  Who in theeeeeeeeeeee HELL has one of those giant-cone-of -mystery-meat-cookers at their house?)

So to bring this to a close, neighbor # 1 isn’t speaking about any knife and Mr. Coates is now accused of attacking neighbor #1 with a shovel.  Something tells us this is going to screw with their secret agreement to share hacked-cable and wi-fi signals but who’s to say.

Hey “Hall and Coates,” (did ya like that?), we think its time give up the alcohol and start sipping Country Time Lemonade on the  porch in the evenings.  The tell-tail sign is that, you boys have gone waaaaaay past the point of getting drunk, holding cigarettes to each others’ forearms to see who flinches first, playing who-can-punch-who-in-the-arm-the hardest and  slurring, “I LOVE YOU MAN” over a dozen times before ya pass out.

Our suggestion, get “rid” of the weapons and tools and go back to NOOGIES.  It will keep ya off of the news and out of the magistrate’s office,  YA JAGOFFS!

Don’t forget to order your “Don’t Be A Jagoff” T-shirt! (Click the Pic) 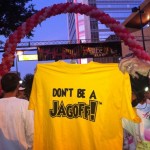 In this article: Jagoff, Neighbors, Shovel