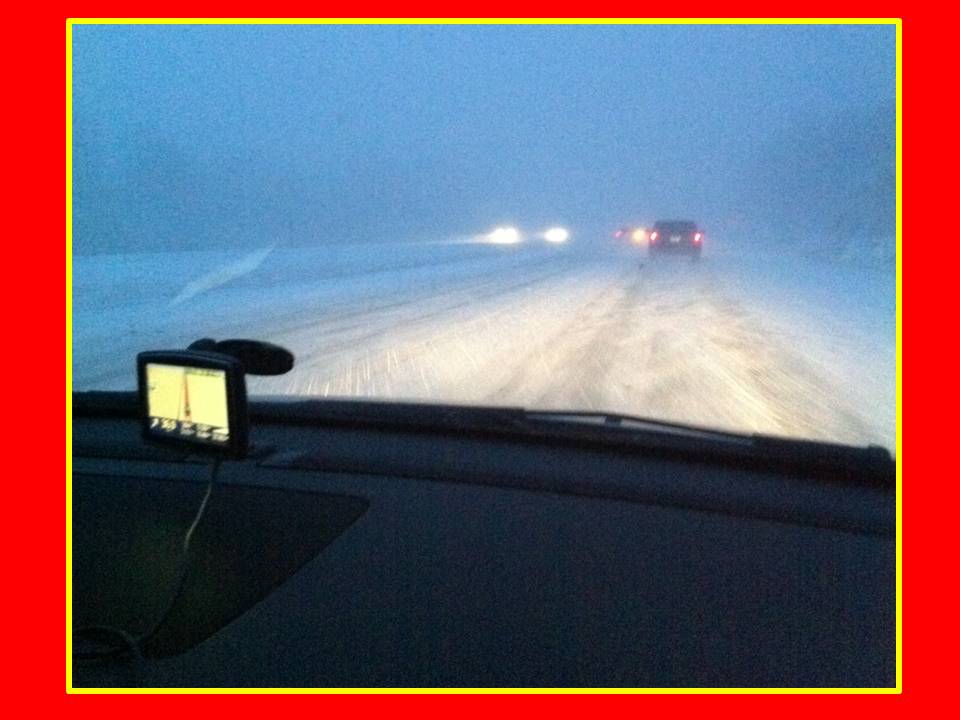 Let’s start this off with every disclaimer we can think of:

Yes, we know that we live in the North East where it snows.

Yes, we know that sometimes snow hits SUDDENLY and the public have a tendency to whine about the road crews “not doing their job” just because they don’t see a Salt Truck within 50-yards of their house or car.

Yes we know that salt doesn’t work on the roads after a certain temperature.

Yes we know that SOMETIMES the snow falls so fast that the plows cannot keep up with the pace.

Yes, we are probably Jagoffs for driving to Florida during winter and being naive enough to think that we would make it back to Pittsburgh, thru the W. Va mountains,  without any weather issues.

the above picture was taken on Route 19, Summersville, WV last night about 5:30pm – just before we had to stop and get a hotel due to the weather and road conditions (snow squalls, high winds,  less than 100 feet of visibility)

Keep in mind, the above picture was taken about 3 hours after we made a detour off of the WV Turnpike due to it being at a complete stand still for over an hour.  (Yes they took our toll money and let us on the Turnpike DESPITE knowing that there was a 30-car crash at I-77 and I-64 that had been caused by an earlier snow squall.  No, there was no way to find any info on line, through a dial-for-road-updates-phone-line, or through a pigeon courier or burning-couch-smoke-signal.)

So we go NEE-nee-Naw in a cheap hotel to wait out the road crew and figure we will wake up to better road conditions and an easier trek back to Pittsburgh.

The picture below was taken about 12-hours after the first one, 5:30am the next day on the same road. 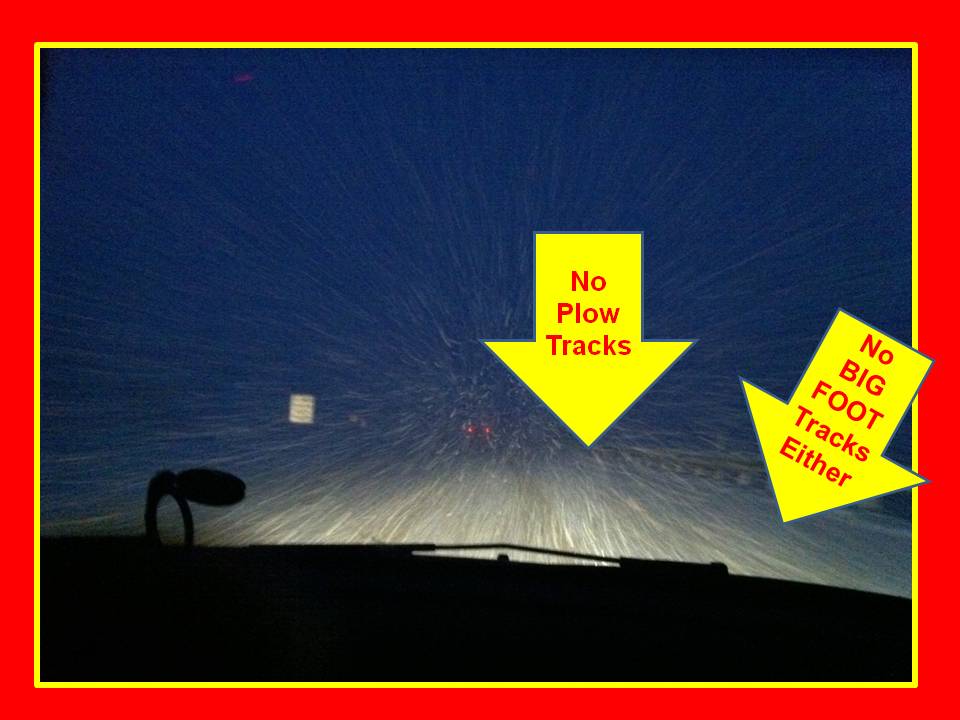 If you’re thinking that the road looks just as treacherous as the night before, YOU GUESSED CORRECTLY and you go to the BONUS ROUND for a chance at a NEW CAR!

So we drove from Summersville, WV over to I-79, North on I-79 with similar road conditions (not salted, plowed or whispped with Granny’s broom) and, just after daybreak, we had us our very FIRST Salt Truck sighting with one of those snow-pushing thingies plowing the edge of one of the off-ramps headed to WVU (an off ramp that was already clean/clear but needed a little edge-trimming.)

Hey WV DOT, do YOUR maps show that you have roads other than the nice flat ones around WVU?  Did ya’all think that even one swipe with a plow on the 120 or so HORRIBLE miles between Summersville and Morgantown might be helpful?

Yeeeeeeeees we know you’re gonna say “We were out all night, blah-blah-blah” but… we never saw ya any time while WE were on the mountain and the night staff at the hotel never saw ya clean Route 19 either.  You had over 12 hours to make at least ONE pass!

Guess, we know what you should ask Santy-clause for next year… a  new map that shows all the roads built since 1957 and about 10 more Salt Trucks.  One last option, you can buy US some of those “As Seen On TV” Personal Snow Plows to attach to our car…

….then you can comp us some Turnpike Tolls and gas money as we pass through your State AND PLOW on our next silly winter-Florida adventure, Ya Jagoffs!

“Lots of people driving worse than a 16YR old on a learner’s permit.” from Project-P-Pittsburgh

SnowMover Pic from As Seen On TV