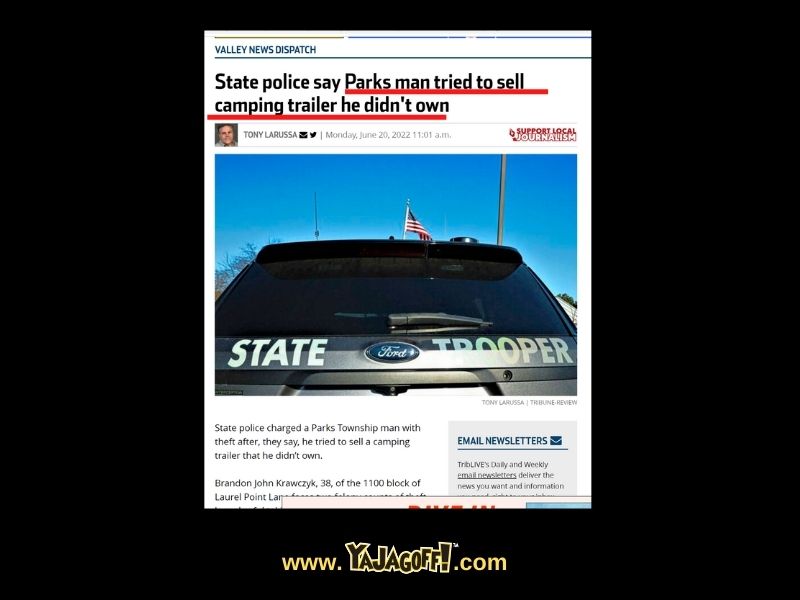 Is that title too old of a reference or does everyone know that old song?

The answer is, the trailer is NOT for sale because it’s not owned by the guy trying to sell it!

Here’s the icing on the trailer, “Police filed a drug charge against Brandon K. after, they say, he left a bag with suspected methamphetamine inside the vehicle used to transport him to the station for questioning.”

B-man….good try but…gotta be a smarter criminal, wait.. alleged criminal.. if ya wanna play in that lane. For now, thanks for being a dumb ALLEGED criminal so that we could have something to post on our blog, YaJagoff!