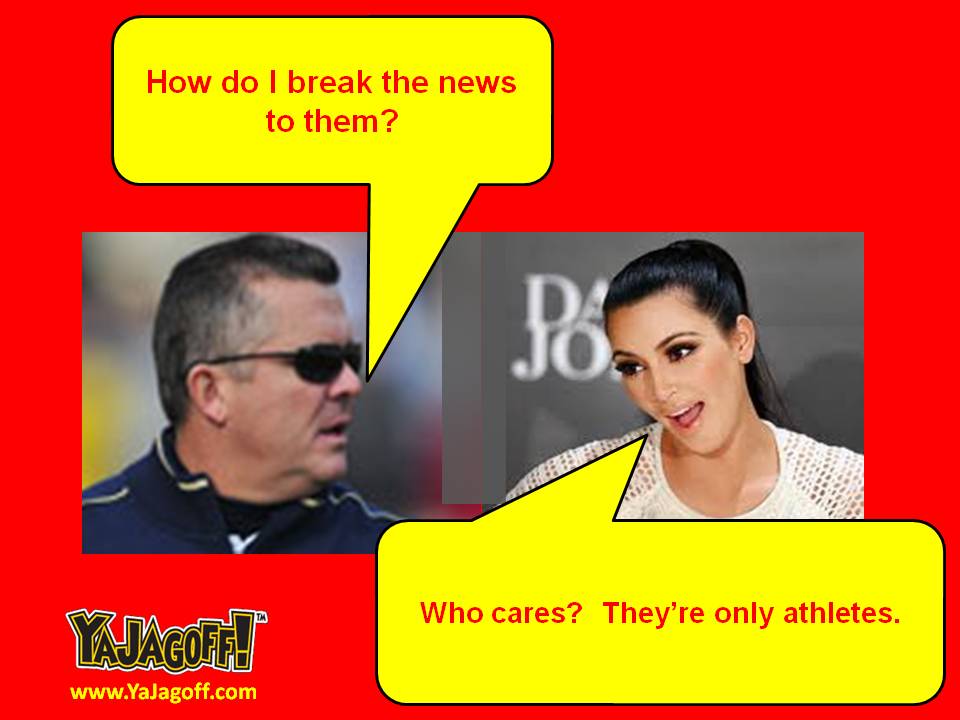 Seriously?   We aren’t supposed to be working today.  But, since Gary Busey beat him out for the job of making sleazy car sales commercials for Century III Kia, Pitt Football Coach, Todd Graham decided he better leave Pittsburgh.

And leave he did— so quickly, that he texted his players, with whom he just reassured they “were a team,” while he was already on a plane to Arizona.

As it turns out, our Jagoff cameras had heard rumors about this issue earlier yesterday, and caught photos of Todd looking for advice on what to do.  The transcripts of the conversation are quite interesting….

In the meantime, Hey Mr. Pederson, did they grade on a BIG curve in Athletic Director School?  God!  Even a weather forecaster as awesome as WPXI’s Scott Harbaugh would be looking for work with YOUR kind of percentages, YA JAGOFF!!!