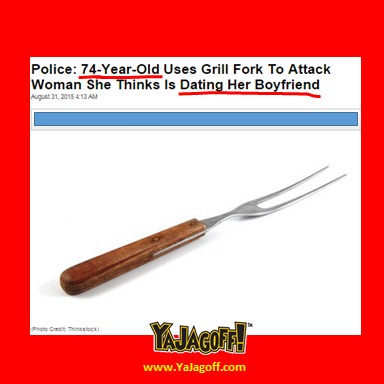 Yeah… you read that right!

Police say Walters received a letter stating that her boyfriend was dating another woman down the street from her home.

According to the release, Walters grabbed a large metal twin-pronged grilling fork and walked to 40-year-old Emma Wilson’s home.

First off, I’m totally shocked that she received a “letter stating that her boyfriend was…”  Don’t 70-year-olds use Facebook? (My apologies to faithful follower Richard Dixon for that comment… he’s proof that some of my best friends are 70 year olds!)

So Ms. Walters finds out about the other woman and gets more mad than a an 18-year, 4 times a week, bingo veteran  who has been playing 48 cards on a cover-all game with 11 of them needing only one more number before she can yell for the jackpot and an 18-year old, first-time bingo player with one card yells “BINGO” before she does. DEATH TO THE PERSON!!!

Now, if you’re a Sons of Anarchy show fan, you know that Gemma Teller is known for her use of the grill fork.  So much so, her action figure comes accessorized with a bloody fork! 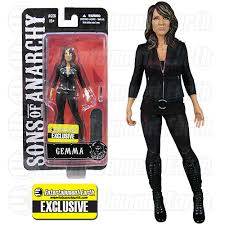 (As a side note, do you remember when action figure accessories were simple things rescue ropes or pistols?)

Maybe Ms Walters has a chance at an action figure too?  Housewives of Fayette County!  The various options of accessories would be awesome, i.e denture grip, fake tooth, “good jeans” for the big weekend night out, etc. (Go easy.. some of my best friends live in Fayette County.)

Well Ms. Walters….I know that it must have been a female that called the police to the scene because, there ain’t NO MAN in this world that would stop two girls from wrastling ’round…even if they ARE 74 and 40 years old.  It’s like a car crash and 90-year old cleavage… guys STILL have to look.

But my question to you, Ms. Walters, is this… if you’re gonna do harm to someone… why would you attack (allegedly) other woman and not your two-timing boy-buddy who’s getting Cialis and Viagra deliveries at two different addresses?

All that I know is.. good luck getting invited to any tailgate parties this football season, Ya Jagoff!

If you want my book of Jagoff stories, click below. 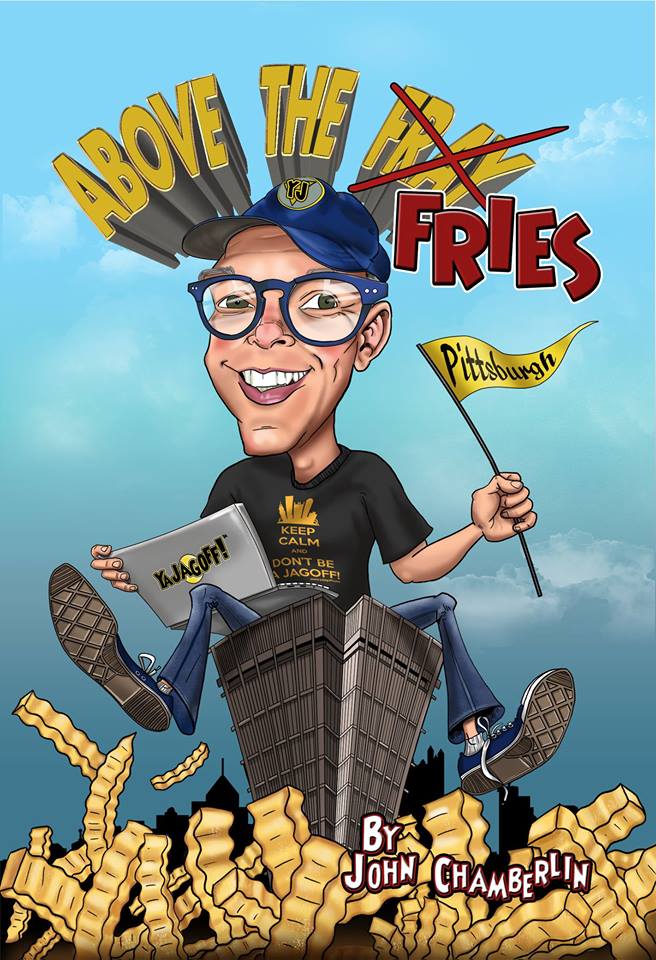