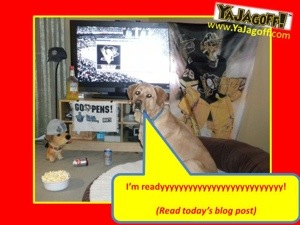 The NHL lockout is over! Then Pens are rounding to play.

Now, down to the IMPORTANT business……pointing fingers, calling names and calling out YOU KNOW WHATS.

So Gary Bettman, “Gare Bear” and Donald “Duck” Fehr, finally ended their temper tantrums and hugged it out. You would think that millionaires could find something better to argue about like which yacht is more PRETENTIOUS. Instead, they argued over what seemed to be nickels-n-dimes, retirement and who was paying for lunch at the next arbitration meeting over the last 4 months.

Now let’s not forget about the POOR players. They go back and forth between European leagues and player meetings, packing/unpacking like kids in a custody battle.

Our SJU (Special Jagoff Unit) has been all over th details and here is what they come up with. We think the final deal looked something like this.

No green M&M’s in the locker room candy bowl EVER!!!

Owners can raise the locker room pop and coconut water machine price to $1.50

Hey NHL, thanks for the longest 4 month’s of our life. We can’t watch another second of Professional Needle Pointing on ESPN 23.

Yeah… a few months ago, as fans, we were hard-core.. “If they don’t settle soon I will NEVER watch hockey again!!” But THEN… it got longer, then the Steelers lost giving us nothing to do for 2 months. Then the Pirates gave up MORE talent, giving us nothng to do in June (when you might be in a Stanley Cup run) and BOOM..as ticked off as we were.. we gave in!! Now we all are like Pavlov’s dog sitting in front of the TV just waiting for that first puck to drop.

So thanks for finally settling on a deal and thanks for letting us get the chance, in 2013, to say LETS GO PENS, YaJagoffs.