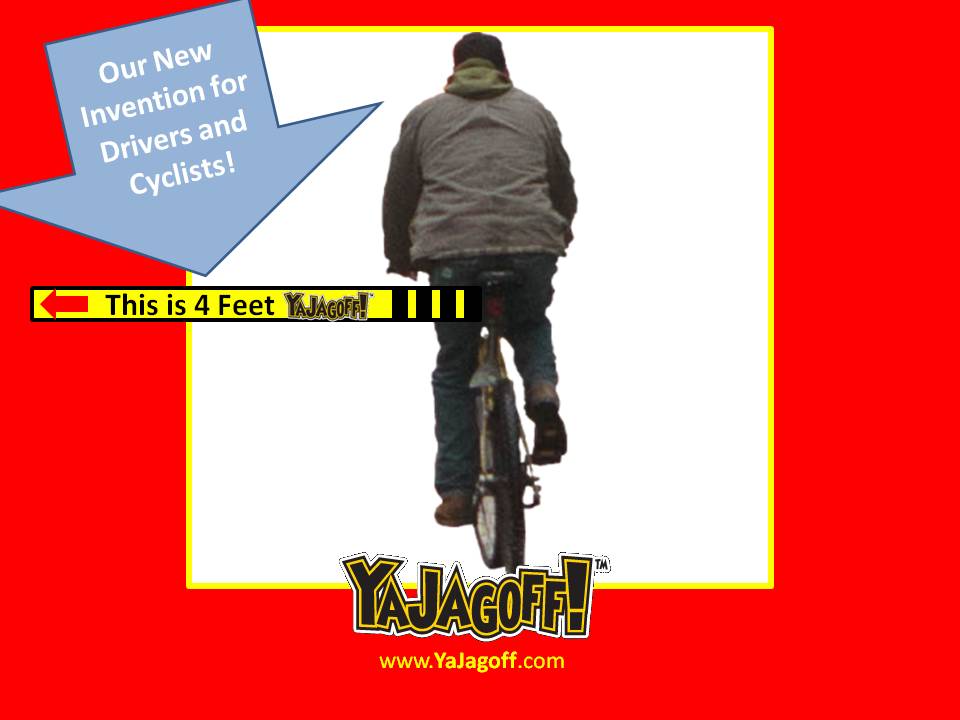 We know this post is gonna create some consternation and possibly even some constipation.

With the price of gas and whatever else you want to blame it on, cycling around the town is becoming more and more common.  But some people seem to have a problem with it.

In all honesty, a week before we posted this, we came head-to-head with a Jagoff cyclist riding radically opposite the traffic, one-handed, while talking on a cell phone.  Unfortunately, no photo since we would have probably scrunched him under our tire while trying to get the phone camera ready.

But, lately, the cyclists have come under attack.  A couple have died.  One guy got threatened and stabbed due to a road rage incident yet to be resolved and then we got THIS email:

Today (September 19th) at around 10:30AM I had an encounter with a black vehicle (sedan) that looked like an airport limo or similar near the corner of Swinburne and Dawson Street going up Dawson towards the Blvd of the Allies while I was cycling into Central Oakland. PA disabled plate XXXXX, there were two older males and one threatened ”I’ll f—-g run you over.”

Has Pittsburgh really become this intolerant of the two-wheeled vehicles? Or do we not understand what the 4-feet  of buffer space rule is?

Well, it doesn’t matter.  Lots of jagoffery blame to go around.. cyclists with boxes piled up on their handle bars riding dangerously thru downtown, car and truck drivers who have no idea how to stay in between the double yellow line and the solid white line as they go around a sharp curve… etc, etc.

To keep everyone legal, we created something.  It’s a 4-foot plastic sign that attaches to the cyclists seat and sticks out (pictured above.)  We have a few calls into Dick’s Sporting Goods to see if we can get these 4-foot appendages sewn into the seats of those sexy bike pants!  (For some reason we haven’t received a return phone call!)

To the cyclists that have no idea how to ride on the street, please load your cycle on to those racks on the front of the Port Authority buses and enjoy the ride or take a road riding class.

To the drivers that have no idea how to judge their car when it’s sitting still in a parking spot, let alone when they are competing for road space with a bicycle, please look for our OTHER new invention, a 4-foot side view mirror.  It will help with your space judgement as you’re driving, but it’s gonna be HELL pulling into your garage at home.

And to all.. could you get the phone outta yer ear, get the dog off your lap, turn the radio down, put the make-up down, use a turn or hand signal, take the boxes off of your handle bars, quit cutting in and out of traffic, stop driving with your knees while you floss your teeth, get your head outta yer arse and pay attention to what you’re doing you’re ON THE ROAD.

And to the dudes in the black sedan, (license plate not detailed due to story being 100% verified) a little anger mangement might be nice, but in the meantime, we challenge you to contact us for a show-down at the Kennywood bumper cars.  And, by the way, ya might wanna put your chiropractors on speed dial, Ya Jagoffs!! 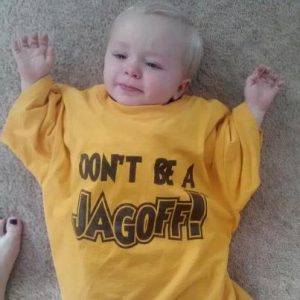