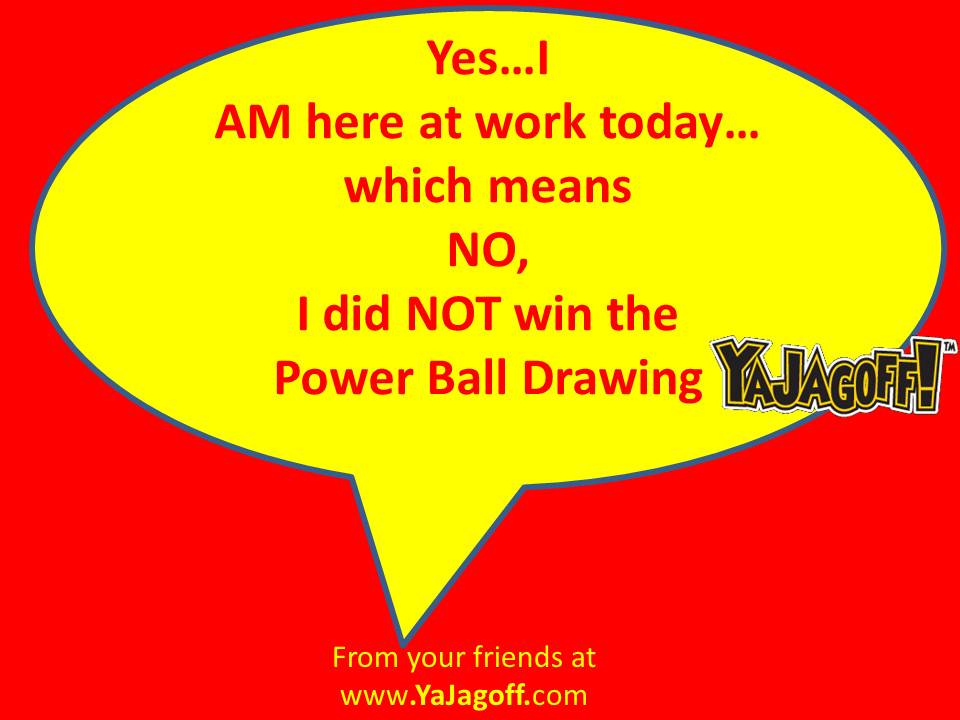 Last night was the huuuuuuuuuuuuuuuuuumongous Power Ball drawing for more than a half-billion dollars.  Given that the chances of winning were 175 million to 1, its more than likely that none of us won the big prize.

Which means we all have to head in to work.  And when you get work, it is probably going to take .00000029 seconds for “THAT GUY,” the work jokester, to shake his head and say, “Well, I guess YOU didn’t win EITHER!” as he’s trying to be “THAT FUNNY GUY!” at work.

So NO, funny guy!  I didn’t win.  And YES, I am here at work and YES, it is cold enough out there for and the the 2 of those things mixed with the tension of the Steelers plaing Baltimore this weekend WITHOUT BIG BEN make me TENSE so why don’t you get outta my work space and go do the ONLY job you’re competent for……arranging the company Steelers’ game poll!

And make sure I get good numbers this week, Ya Jagoff!!!

If you DID win a few extra bucks last night, don’t trade it in on more lottery tickets…

get yourself one of our NEW HOODIES