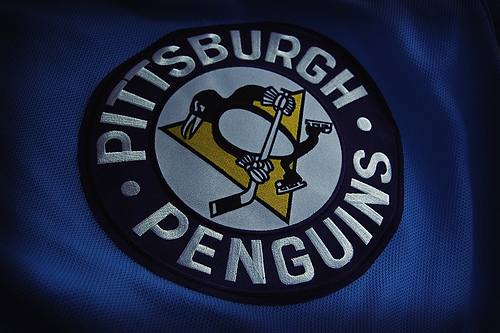 THANKS PENS FOR AN EXCITING YEAR DESPITE NOT HAVING CROSBY AND MALKIN!  LAST NIGHT WAS DISAPPOINTING GIVEN THAT WE WERE UP 3-1 IN THE SERIES BUT… WHADDA YA GONNA DO!  JUST WANTED TO LET YA KNOW WE APPRECIATED YOUR EFFORTS THIS SEASON!  GET WELL SID!

By the way, we can’t let a post go by without naming a Jagoff so here’s a tweet that was received last night during the Pens game. It’s REALLY funny!

@yajagoff can I get a retweet for all the f#$%g lousy ass fans who can’t put a white t-shirt over their bootleg $39 winter classic getup?

I actually did L.O.L when I read this.  I did retweet it by the way but it was also worth a post here.

Thanks again PENS!  If anyone sees Paul Steigerwald, please tell him he can stop saying things like, “That third period should give us momentum going into NEXT SEASON.”

And thanks to Twitter follower @amswor for a REALLY FUNNY Jagoff Catch!

As a season recap for the new followers, here are the posts we made about hockey/Pens since we went live, January 1, 2011

In this article: Pens lose to Tampa