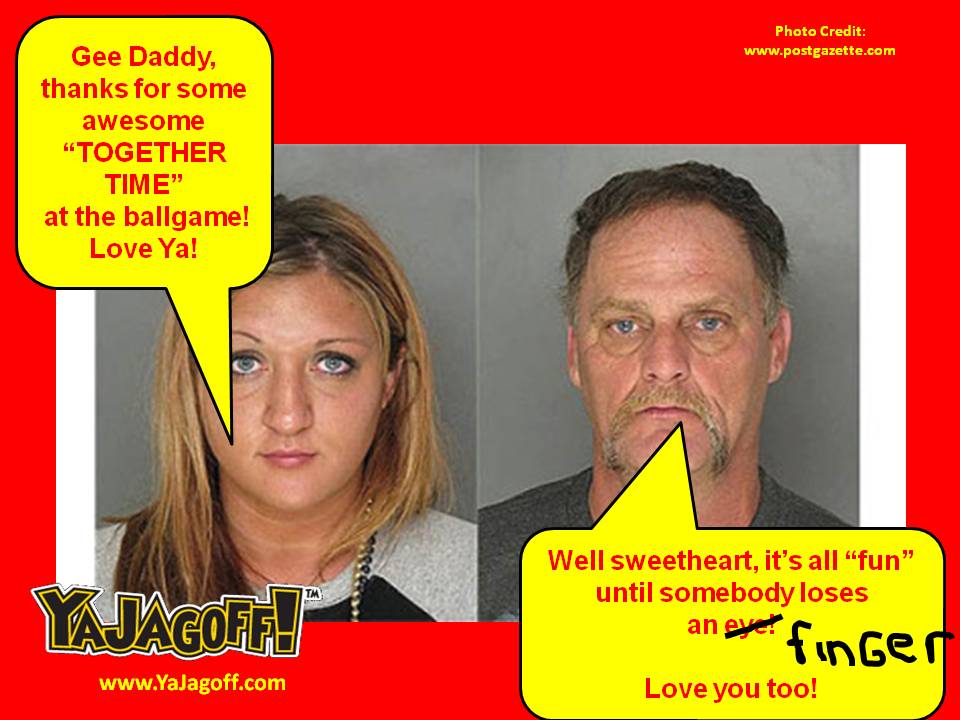 Yep, the words are changed….

Buy me some ciggies, AT LEAST, two packs.  I don’t care if I EVER go back!

This is another one of those “family stories” that makes ya just want to cry with emotion— an emotion called EMBARRASSMENT!

So father and daughter are enjoying a night together at PNC Park watching the Buccos go for 3 in a row. She ALLEGEDLY decides to have a smoke in her seat which, of course, is a big no-no.

When security tried to escort the daughter to the office for refusing to stop smoking, she got a little cranky.  Her, her Jag-of-a-boyfriend and her Dad-of-the-Year father ALLEGEDLY start WWE’ing the security guard.

The thing became sort of a “Texas Cage Match” as the security guard got pushed up against a fence and had his middle finger got ripped off. (Fortunately it was re-attached cuz we think he’s gonna want it once he faces the dad and daughter at the trial.)

Finally authorities get this honey-bunny in handcuffs, get her to the holding cell at the ballpark and she ALLEGELDY proceeds to spit on and kick the police.

Note to self: If you’re wrong, just admit it and and say you’re sorry.  In this case, if the security person at PNC Park says you gotta go then, guess what?  That doesn’t mean jump on his back!

BTW, there’s no truth to the rumor that these folks had purchased the new “Frank Coonelly All-You-Can-Drink-and-Drive” ticket.

Hey you ball-park-frank-cranks, FYI, the only time we EVER want to see smoke from our PNC Park seats is if they’re from the fireworks after a home-run or the fireworks that are set off to give the has-been-rock-band members a chance to breath and pee in between their sets during SKYBLAST concerts!!

What this appears to us is, we have Jagoffery passed along from father to daughter. Uh-oh! SOMEONE NOTIFY UPMC GENETICS!!!!  We may have found a control group to isolate the Jagoff gene!!!

So George family, we want to offer you a movie contract, “Christmas With the Ball Park Frank Cranks!”  In the meantime, how about, if you decide to take in another baseball game, please move to Philly.  You’re style fits right in there, Ya Jagoffs!

See our post from the guy LAST YEAR that caused a mess at PNC Park here.

NOTE:  Just for some fun, we used our Draw Something talents on Rachel and her dad!  We wanted you to see what they looked like as actual baseball fans! 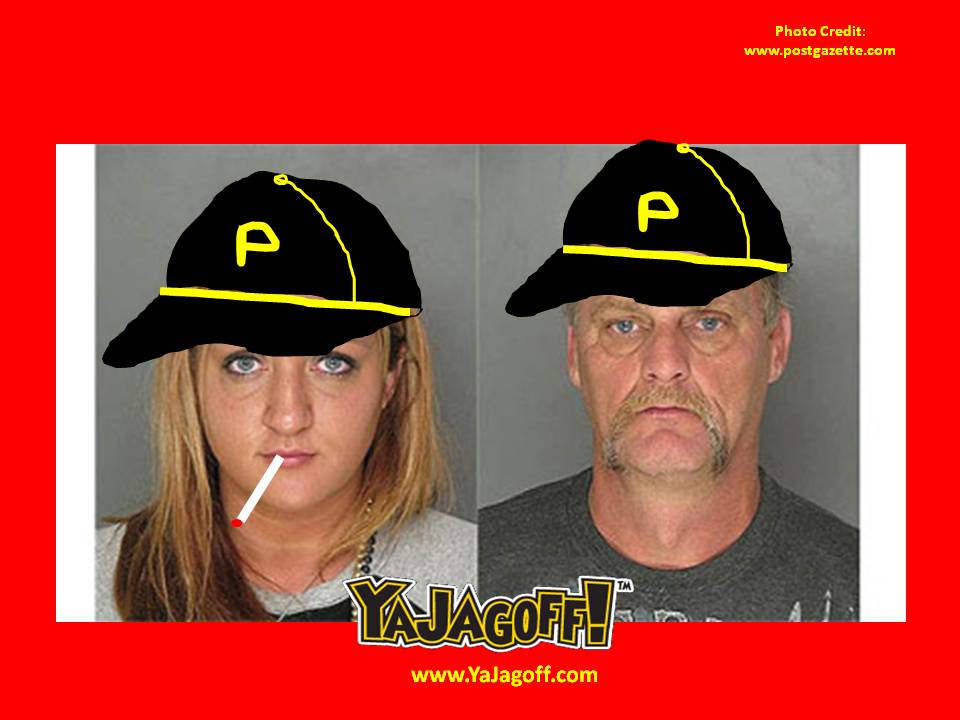