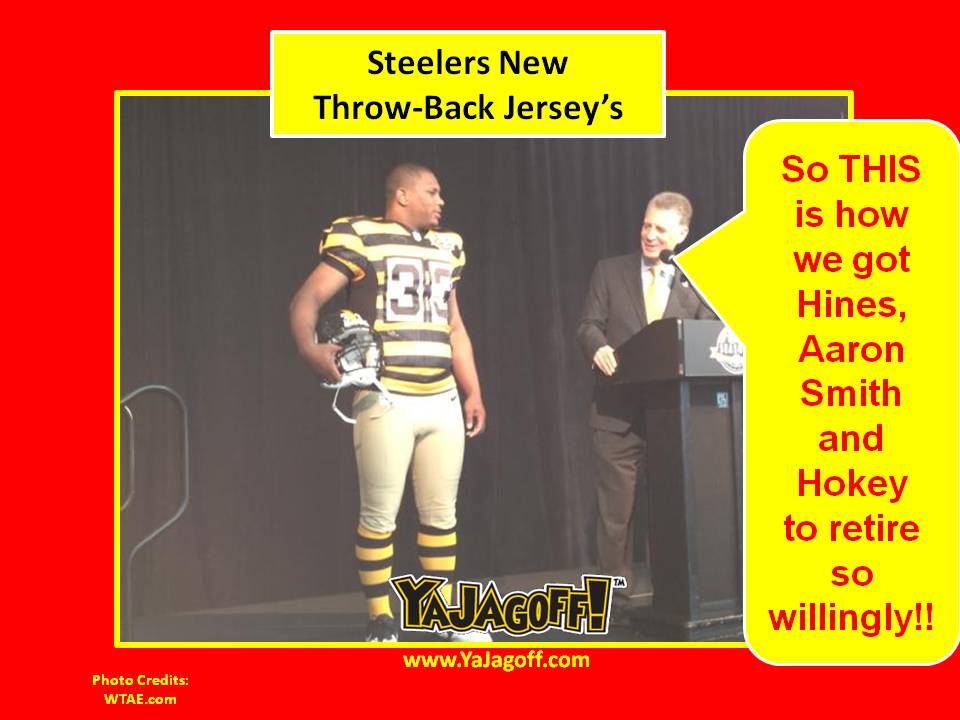 Yesterday the Steelers revealed their throw-back uniforms.  We didn’t know WHAT to say so we let our Twitter Followers say it best.  Here are their thoughts. 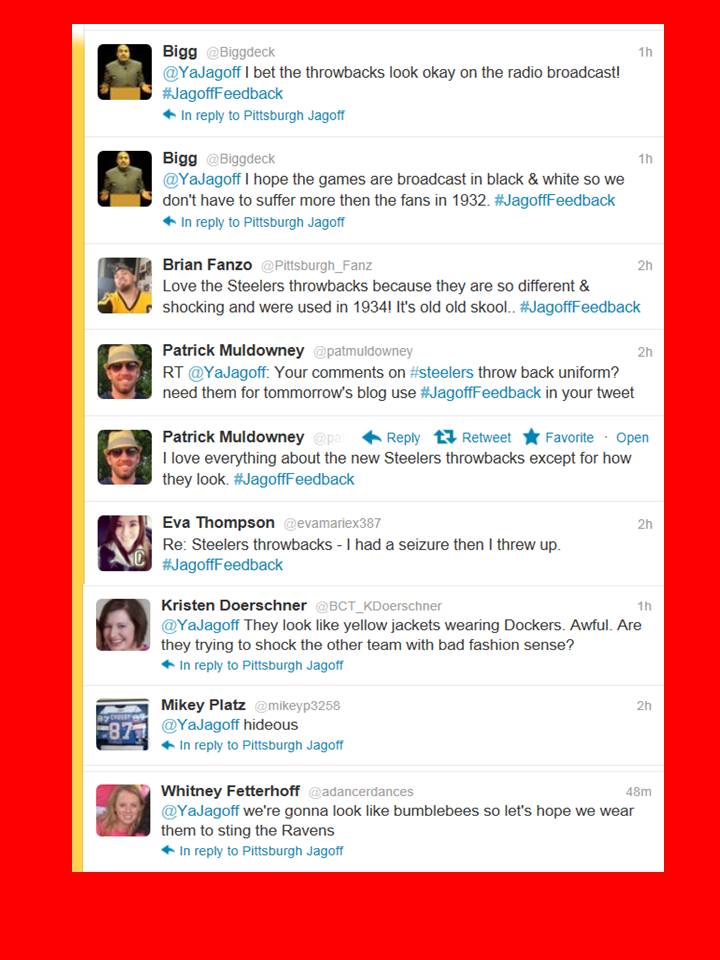 The shirts were first used in 1934.  So we wondered, what ELSE happened in 1934.  And check this out, the unemployment rate in 1934 was 22%.  Sooooo not only are these uniforms ugly, the represent a time when we had 22% unemployment!!!!  The uninform ALSO represents when the Steelers were called the “Pirates.”

Either way, thank GOD the world has moved to digital TV cuz, if you’re watching these uniforms on an analog TV this season, you’re probably going to be adjusting your horizontal hold 1,934 times.

Hey Steelers, we’re hoping that there’s no stinger hanging off the back of those things.  Don’t count on any extra shirt sales for revenue, unless you get the Allegheny County Jail Inmate apparel contract, Ya Jagoffs!!!!! 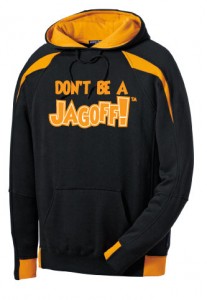 In this article: Jagoffs, Pens vs. Flyers, Pittsburgh, Steelers Throw back Uniforms