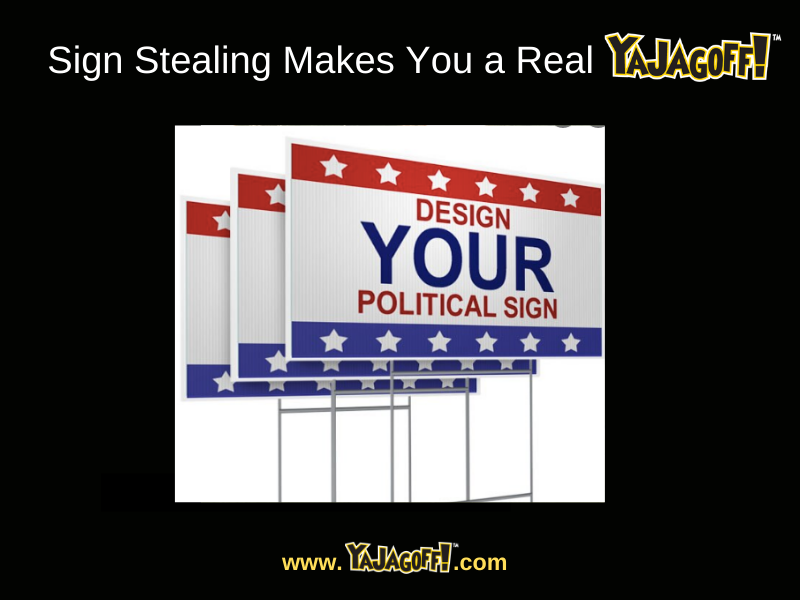 I am a firm believer in innocent until proven guilty, but when all signs point to being wrong, it is hard to give the benefit of the doubt. The story goes, dude may be a little salty about not being the tax collector for his area.  Dude may also be known to not get along so well with others serving on public boards with him.  In addition, dude was seen with not one or two signs that he took from grounds, but three signs.  If that doesn’t point to G to the U-I-L-T-Y, what does?

I am not insinuating that having had a run on school board that didn’t fare well, and not getting the tax collector nod, caused dude to lose it a bit.  Just stating that dude took signs and denied it when proof exists.  Plus, what was he doing with the stolen signs?  I mean, there clearly were other signs, unless dude thought he could find every sign and do away with them.  Plus, they weren’t even competitors. Yikes, dude. I saw the sign and it opened up my eyes, ya jagoff!