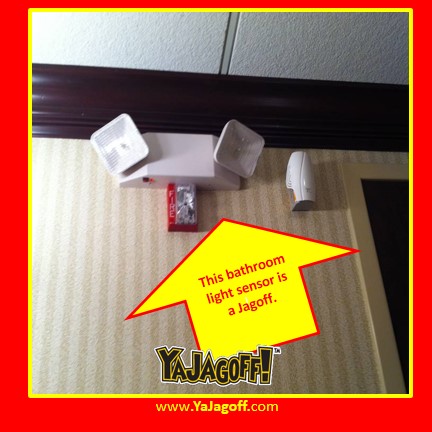 I have “issues” with taking a sit-down in public restrooms.   I am no prima donna.  I just have issues and, when the need arises on a road trip, I have to seek out a clean, name brand hotel for a bathroom stop.

So I took a sit-down in this single toilet, Holiday Inn bathroom on this particular day.  There I was reading my twitter account and BOOM BOOM!  Out go the lights! 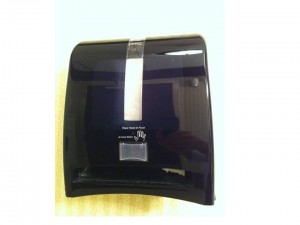 Hey Holiday Inn bathroom light sensor, I don’t know ANYONE that break dances while they are going #2, and I am PERSONALLY not comfortable doing arm windmills during the process either – take a valium and relax, your off-and-on nonsense is burning more kilowatts than me sitting on the toilet-  until my legs go numb-  with the light on steady for 25 minutes, Ya JAGOFF!!