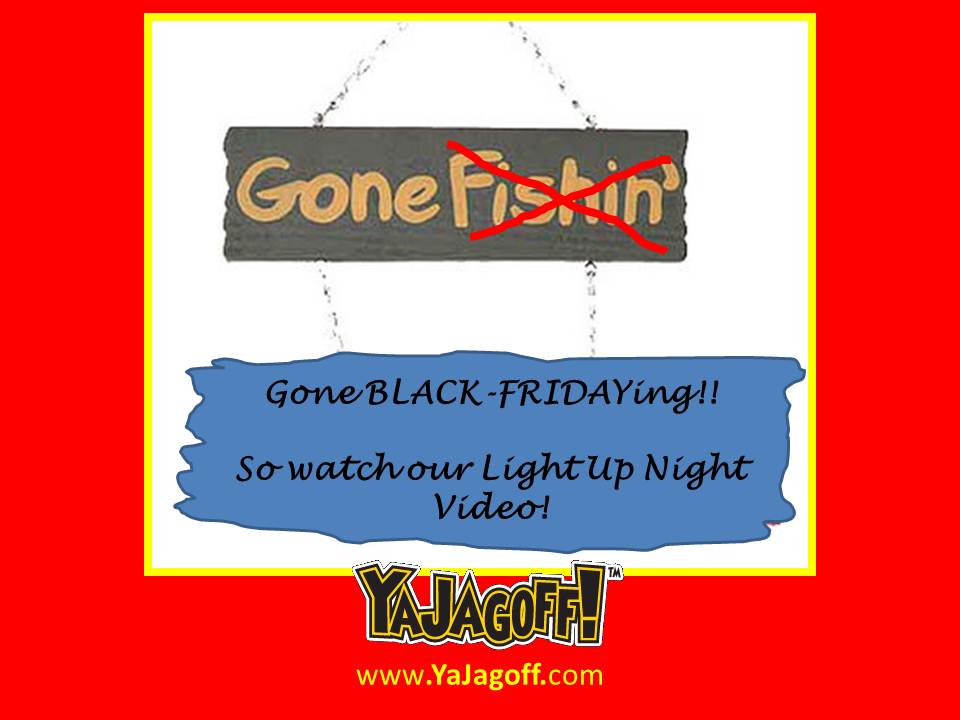 OK…we are not REALLY out shopping for Black Friday but we just felt completely exhausted from Thanksgiving Trypyophan OVERDOSE!!!  You would have thought that the sugar in the Pepsi, pumpking pie and Cool Whip would have perked us up!!!   Plus, we have a bunch of folks following from out of town and haven’t been able to witness Pittsburgh Light-Up Night for a while.

First, to the guy at Light Up Night who pushed his way passed us in the crowd and, when we said, “We were stopped so that family could take a picture,” HE SAID, “Well they’ll just have to get over it!” as he pushed in between the camera lens and the kids posing in front of an ice-carving!!!  What a Jagoff!!

Secondly, for those who could not get to light up night, here’s a quick video synoposis (yes.. we just used a cool college-level word right there!)

Enjoy Black Friday… see ya tomorrow for another Quotes On The Bus and on Monday for another Jagoff catch!!!