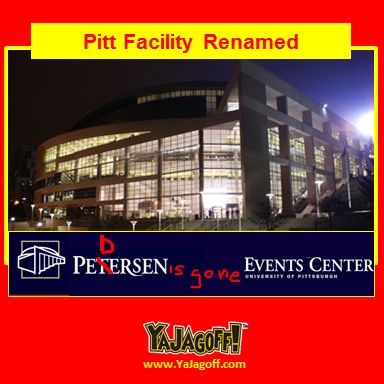 It’s another, “We really, really, no, I mean, REALLY… wanted this coach here at Pitt” choice by Athletic (or as my uncle might say ATH-a-LETIC) Director. The only thing different about this failed Steve Pederson coach selection was the fact that there’s a new Chancellor at the University.  We’re pretty sure that, before Paul Chryst was instructed to turn his cell phone to “airplane mode” and put his seat into the upright position on his private jet ride to Wisconsin, Pitt chancellor Patrick Gallagher, was meeting with Stevie for the old, “I know the holidays are coming up but…” kind of chat.

Hey Stevie, did they grade on a BIG curve in Athletic Director School?

For Crisssakes, even  a weather forecaster as awesome as WPXI’s Scott Harbaugh would be looking for work with YOUR kind of percentages, YA JAGOFF!!!