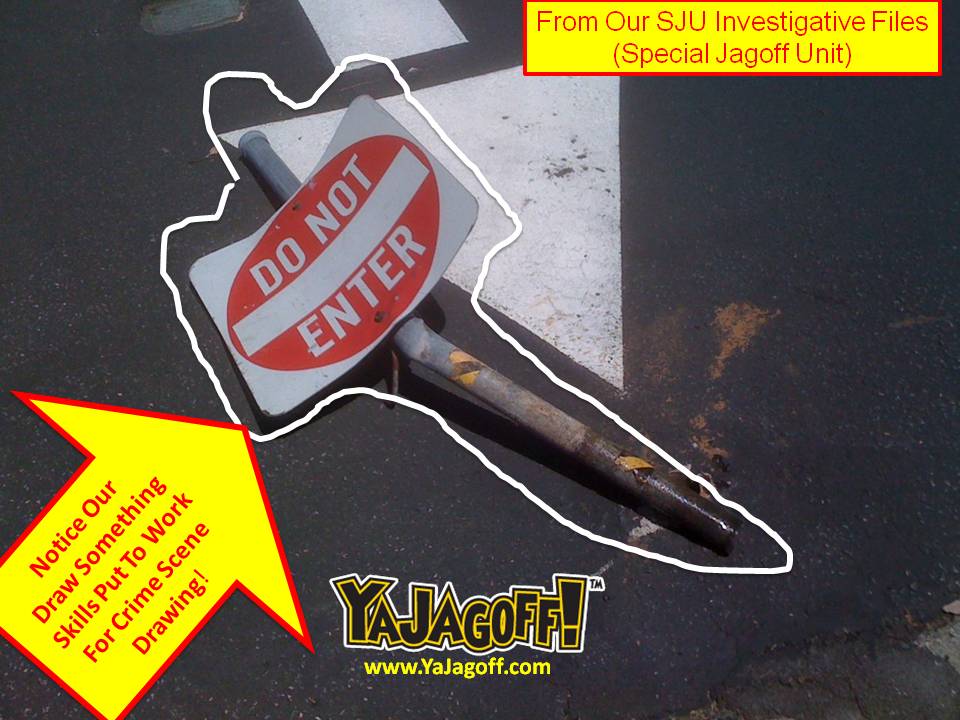 As everyone knows we call out Jagoffs here. They may be local OR, as in this case, outside if Pittsburgh, caught in the act of JAGOFFERY by a native or naturalized Pittsburgher.

This is the note that accompanied the original pic:

I am originally from Pittsburgh but live in California. This picture was taken near the San Francisco Airport. A man drove his Cadillac into this parking lot that was marked with an EXIT ONLY ARROW and smashed into this DO NOT ENTER sign, then made a claim to the property owner that they should pay for the damage to his car because the sign shouldn’t have been there.

I have used our Jagoff-estrator to highlight the gory parts of the crime scene photo like they do on those crime shows.

Well, our SJU (Special Jagoff Unit) investigators headed to San Fran to investigate this. After they got done pigging out at the Ghirardelli Chocolate Factory and riding the cable cars singing “Rice a Roni… the San Francisco treat!” they sent us their report.

As it turns out, this driver was in a Batman costume and believed he was entering the secret Batcave. So he was expecting the sign to drop down automatically as he drove in. A reasonable assumption in his fantasy world.

Hey “SanFran Batman,” I hope that you waste your entire Christmas Club savings on this law suit. Then, I hope that the “Do Not Enter” sign files a counter suit against you, gets a $1,789,914 payout and then spends the money on bedazzling itself AND some Dale Carnegie ASSERTIVENESS training.

That way, the next time you’re driving cluelessly and try to ENTER a one-way parking lot gate that’s clearly marked to NOT enter, the sign will be much more noticeable with it’s reflective BEDAZZLES and, BEFORE you actually hit it, the sign will ASSERT itself in Pittsburghese, “Look right ‘der!   It says do NOT enter, YA JAGOFF!!!”

Want to be on the Ya Jagoff Cornhole team this Saturday for a Wounded Warrior fundraiser? 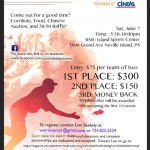