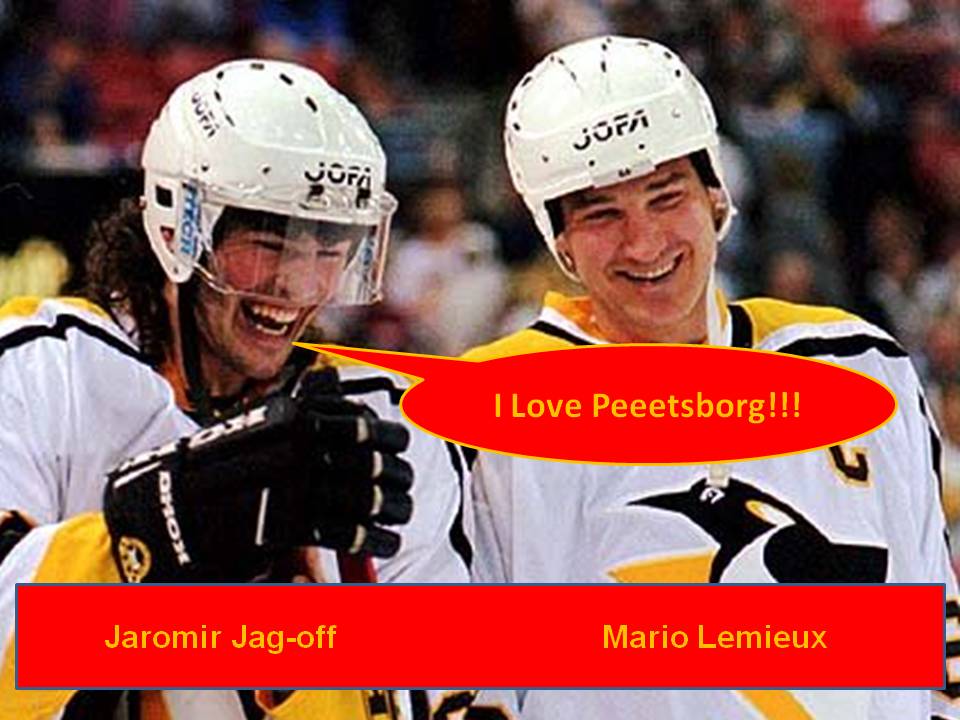 OK…hopefully this is the LAST of the recycled posts while the #PittsburghPlague manhandles me!!!

Here’s one of our favorite posts.

Jaromir Jagr – who had been telling people, including Mario Lemieux (former teammate, current owner of the Penguins AND future owner of the entire city of Pittsburgh) that Pittsburgh was “where his heart was” – signed with the Philadelphia Flyers last Friday.  (See Post Gazette’s Hockey Hall of Fame Writer Dave Molinari’s Article Here)

At first I wasn’t going to post this just on emotion that the Flyers signed him.  I wasn’t sure if the Pens pulled their offer from Jagr because of signing Tyler Kennedy or if something else happened.  THEN, it came clear from various outlets – he jacked MARIO LEMIEUX PERSONALLY!!!!  He had promised Mario that the situation would NOT get into a bidding war.  He  said he wanted to play hockey in Pittsburgh.

*  Philly, get the shrinks out, Jaromir Jagr the “Hockey Head Case” is coming to town.

*  Philly Flyer fans, get ready for some “hockey-pouting” when Jagr realizes the NHL season is 82 games (not 50 like in Russai).

*  Philly Sugar House Casino – CONGRATLUATIONS ON ANNOUNCING THE NEW “JAROMIR JAGR”  WING!!!!!  Just make sure you get cash up front – no credit!

Jaromir, ya coulda had a great job here – just ask Eddie Johnston what happens when Mario Lemieux likes you! Now, we are all in a predicament as to who/what we hate more… the City of Cleveland, Ray Lewis, The Baltimore Ravens, The Cleveland Browns, Marion Hossa or Joe “Turkey” Jones who almost paralyzed Terry Bradshaw in 1976 (see horrid video here).

By the way Jags, congratulations on the new Sugar House Casino wing being built in your name!  They are projecting a completion date of about 12 months after you recieve the first 4 installments of your Philly $3.3 million, Ya JAGOFF!!! 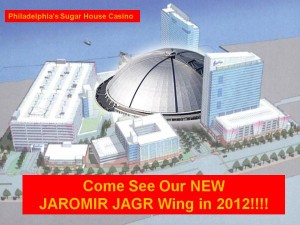