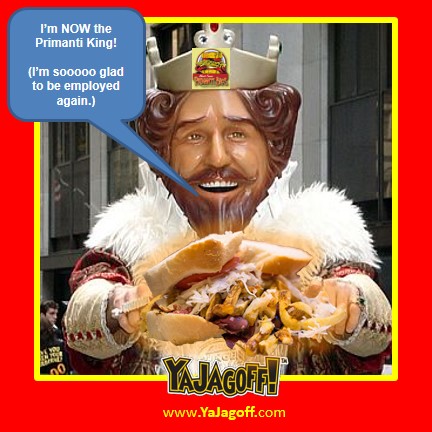 Yesterday it hit the news!  Burger King is adding french fries to their hamburgers.    And it looks like this.  (see full story from WPXI here) 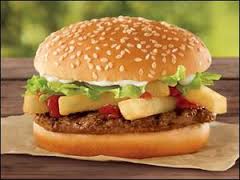 Photo courtesy of The Associated Press

Now, we all know of some local restaurant that has taken liberties with their own version of fries and cole slaw on a sandwich.. calling it the Pittsburgh Sandwich, the Pittsburgher, the Yinzer and on and on and on and on and on.. (wow… just fell asleep bored writing that).  And while I don’t think that fries on the burger is really a thing about following the Primanti’s lead, I think it’s more about feeding college kids who learned, long ago, that it is AWESOME to put your fries on your burger.   Quite frankly, I think Burger King fries are some of the WORST fast food fries and I see this as a manner to use up their french fry inventory.    You don’t see McDonald’s trying to hide THEIR fries on anything!!

And while we’re at it, when is the last time you saw french fries at Burger King that looked like fresh-cut 2 x 4’s out of the lumber aisle at Lowe’s?

The Primanti’s response to the French Fry Burger was awesome… they tweeted a photo of one of THEIR sandwiches stacked so tall that UPMC almost called them to ask if they could mount letters on it.  And this was the wording on the tweet:

It’s cute that they’re trying, but here’s what a real (the original) sandwich w fries on it looks like

What if Primanti’s took the NEXT step and hired that creepy, over-sized head, currently unemployed Burger King to sell THEIR sandwiches???  Sure, it would be deja vu creepy if you saw him hanging around one of the suburban Primanti’s locations or the original store in the Strip District during normal hours.  But, after 11pm on a Friday or Saturday night, he would hardly be noticed and, might even become more revered than the Pie Man!

But let’s go YINZER and get all up in the grill of Burger King… (see what I did there.. GRILL?) cuz that’s what we do here in Pittsburgh!!

Burger King, you’re like the Avis of fast food.. trying harder but ALWAYS second to someone!!!  Get your measly-little-four-french-fry-bun-only-looks-this-good-in-advertising-photos-cause-its-usually-smashed-by-some-teenager-cook-that-hates-their-job French Fry Burger outta our house, Ya Jagoffs!