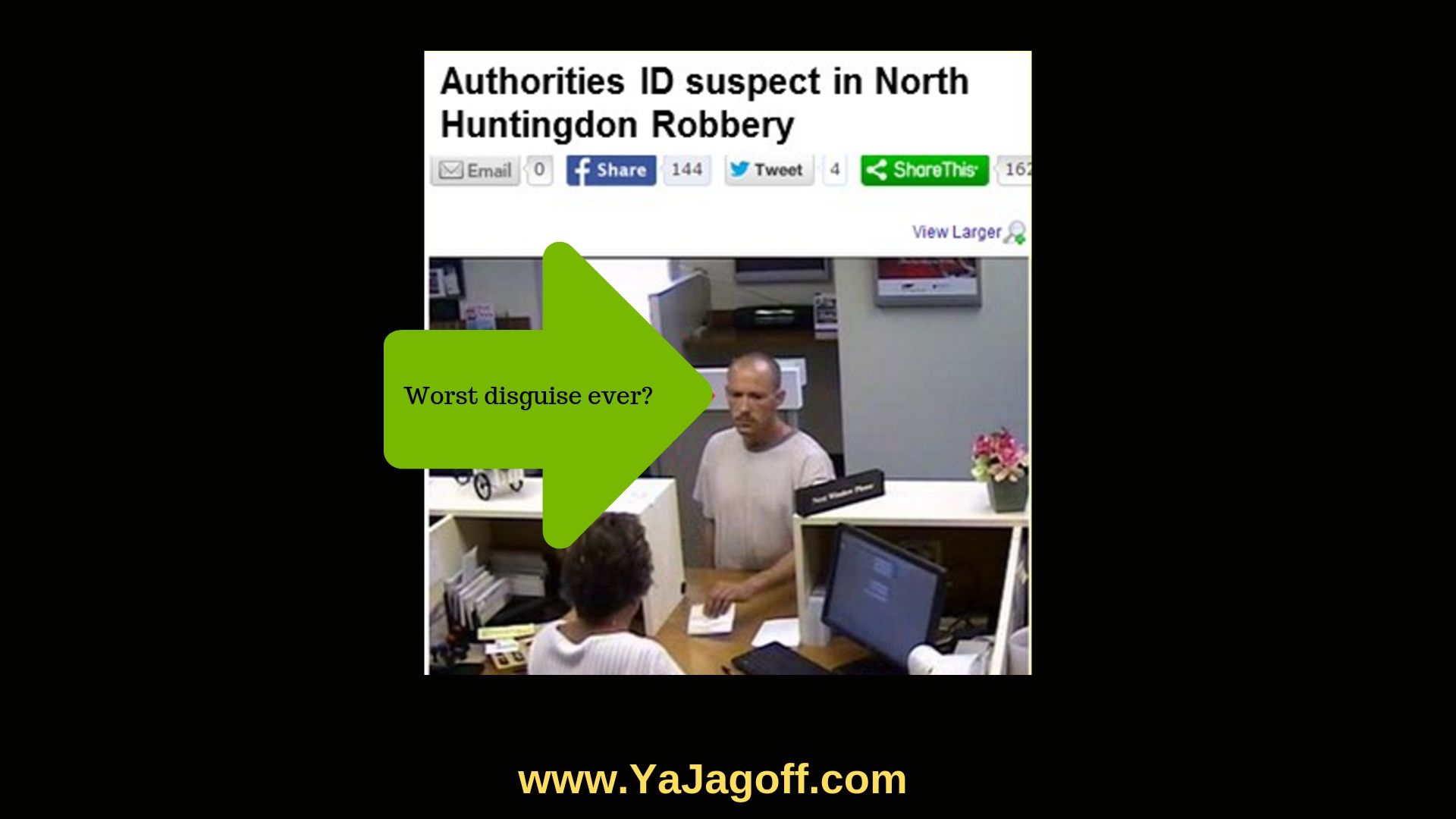 Not sure what to say other than ask the question, “Was it worth it?”

Sometimes burglars get caught by doing something stupid like leaving a cell phone at the scene, using personalized stationary for the “stick-up” note, or dropping their wallet at the scene.  This guy?  Even worse.  He didn’t even have the sense to use one of those silly opera masks.

POLICE ARE LOOKING FOR A MAN IDENTIFIED AS RICHARD THOMAS JR., WHO ROBBED THE FIRST NATIONAL BANK IN NORTH HUNTINGDON SATURDAY MORNING.

Given Mr. Thomas’ lack of any type of disguise, this crime never had a chance to be a Who-Dunnit!

Within 5 minutes, by using our Jagoffestrator and COLORFORMS skills (anyone remember Colorforms?), look how I was able to make him an unknown entity. 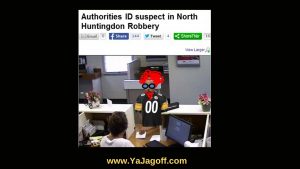 Hey Robbin’ Richy, did you grow up as one of those kids that, on Halloween, only wore a hat and carried a big pillowcase for trick or treating?  I mean, for crisssakes guy, at least put on a Steelers ballcap and jacket or team jersey so that you have a chance to blend in with at least 85% of the local population on any given day, Ya Jagoff!