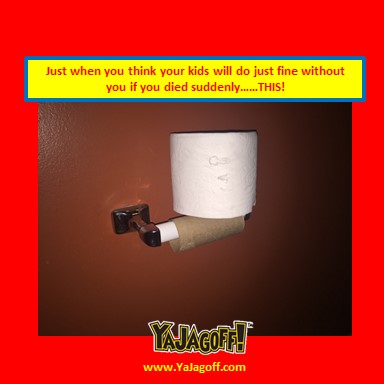 If you want to see the earlier posts, simply click the pics below.

The only glimpse of good news is that, today’s blog post photo shows that we are slowly making progress. 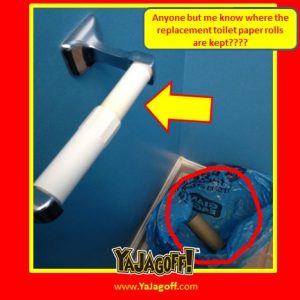 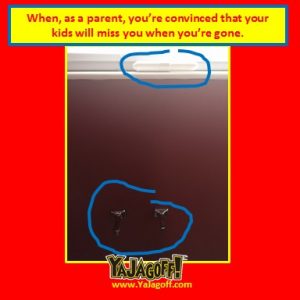 So it’s not totally bad news…however, at this training rate, my kids won’t be able to be on their own until I am 1,491 years old and I don’t think I have enough retirement money saved for that long of a life.

The other glimpse of good news is, one day, between April, 2014 and April, 2015, one of them actually texted me the following, “If you happen to go grocery shopping, we need toilet paper.”  Thank gawd that I don’t read my texts while I’m driving because I’m fairly certain that the astonishment of receiving such a text would have caused me to run my car into a pole.

So here’s the deal.  We’re getting close but not fast enough.  I need to deploy more drastic measures.  So here’s the note that I am leaving on the front of the refrigerator (where there is more than likely to be not enough milk for someone to put on cereal but nobody will say something):

“The next time I sit down on a toilet and see a toilet paper issue, I am simply going to leave my drawers down at my ankles and I am going to shuffle into each one of your rooms, stand there, and ask if you happen to know how to add toilet paper to the roll thingy…..Ya Jagoffs!”