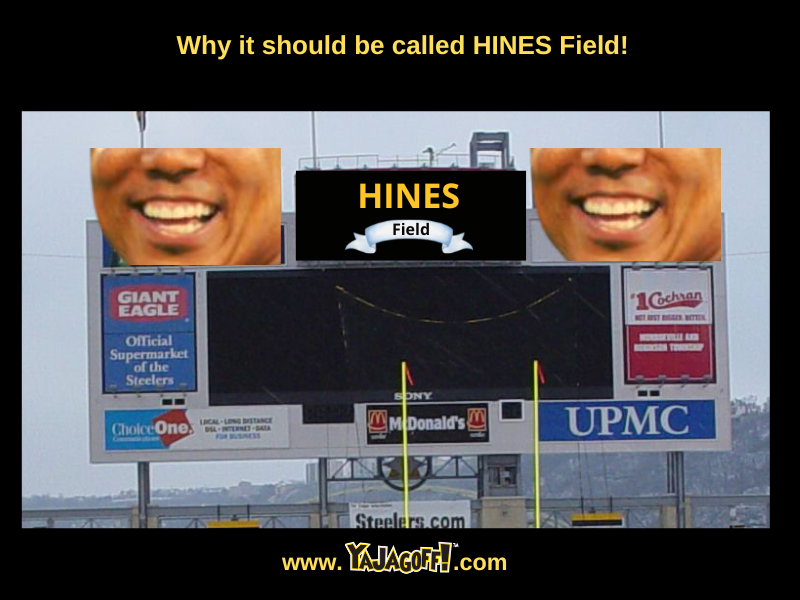 Well, Pittsburghers don’t like change.. ESPECIALLY when it has to do with 2 things as Pittsburgh-centric as the Steelers and Heinz Ketchup, so this announcement that the Steelers are changing the name of Heinz Field to Acrisure Stadium is kinda blasphemy! So many Pittsburgh companies have photoshopped their logos or products over the iconic tipping ketchup bottles which, of course, pour out digitally when the Steelers are in the red zone!

While we would love to have it called YaJagoff! Stadium, our swear jars are a little light, despite sitting in Squirrel Hill Tunnel traffic 6 times in the last month, when it comes to the nearly $200 million dollars the Acrisure company is paying. We believe that the name should be changed to HINES, as in Hines Ward, FIELD.  Can you just imagine it?  Every time the Steelers get into the Red Zone, the portable Hines Ward smiles open up wide from closed lips and you hear audio of him chuckling, kind of the like classic laughing Pittsburgh Pirates jumbotron animation.

Why should this be?