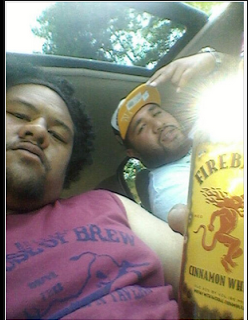 While I am in Kansas City sucking down ribs and brisket

I don’t want to stop eating OR get sauce on my keyboard!

So Mad Chad of 412 Sports Talk is doing a guest blog post.

Thanks to the internet, Pittsburgh Steelers’ fans were able to see how big of a jagoff Almeda Ta’amu truly is.

The Pittsburgh Steelers are trying to shed a bad public image that they  have developed over the years. Questions about their leadership has filled a locker room full of big egos matched with historical success. Even more so, the Steelers’s precious public image isn’t what it should be. Keeping Ta’amu around certainly isn’t helping that by any means.

Ta’amu, who was a fourth round draft pick last year, recently pleaded guilty to reckless endangerment, resisting arrest, and drunken driving stemming from a police chase last fall. (Tribune-Review) Ta’amu has to do some DUI classes, pay $10,000 worth of fines, while serving two months of probation. Of course, some people are giving him all of the classic excuses, saying that he is young and dumb, and that he just made a mistake.

I’m all for second chances, but this was Ta’amu’s second DUI in about a year. And during the second He tried to run over cops while driving drunk. That’s not a mistake, that’s just sick. This guy needs professional mental help. Getting paid millions of dollars to play football isn’t a right, you have to earn it. Not to mention that the Steelers don’t really need Ta’amu on the field. He’s considered a good prospect but a project player. They can draft someone with the same the same level of potential as Ta’amu in the upcoming draft.

This is more important than football as well. If any regular Pittsburgh citizen or myself did what Ta’amu did we would be in jail. I mean, this guy injured someone and attempted to run over police officers while driving drunk. Not only that, Ta’amu goes ahead and posts a picture of himself drinking whiskey inside of a car, while he’s on probation for these incidents. Why is this guy not in jail?

The Steelers need to cut this guy and move on. Also, people in Pittsburgh need to stop treating drunk driving like it’s acceptable. It’s not hard to call a friend, a cab, or even a damn jitney, and there’s no reason in hell why Ta’amu couldn’t have done any of that. Only jagoffs drink and drive.

Finally, to Almeda Ta’amu, stay off of Twitter and don’t even think about drinking anymore, Ya Jagoff!