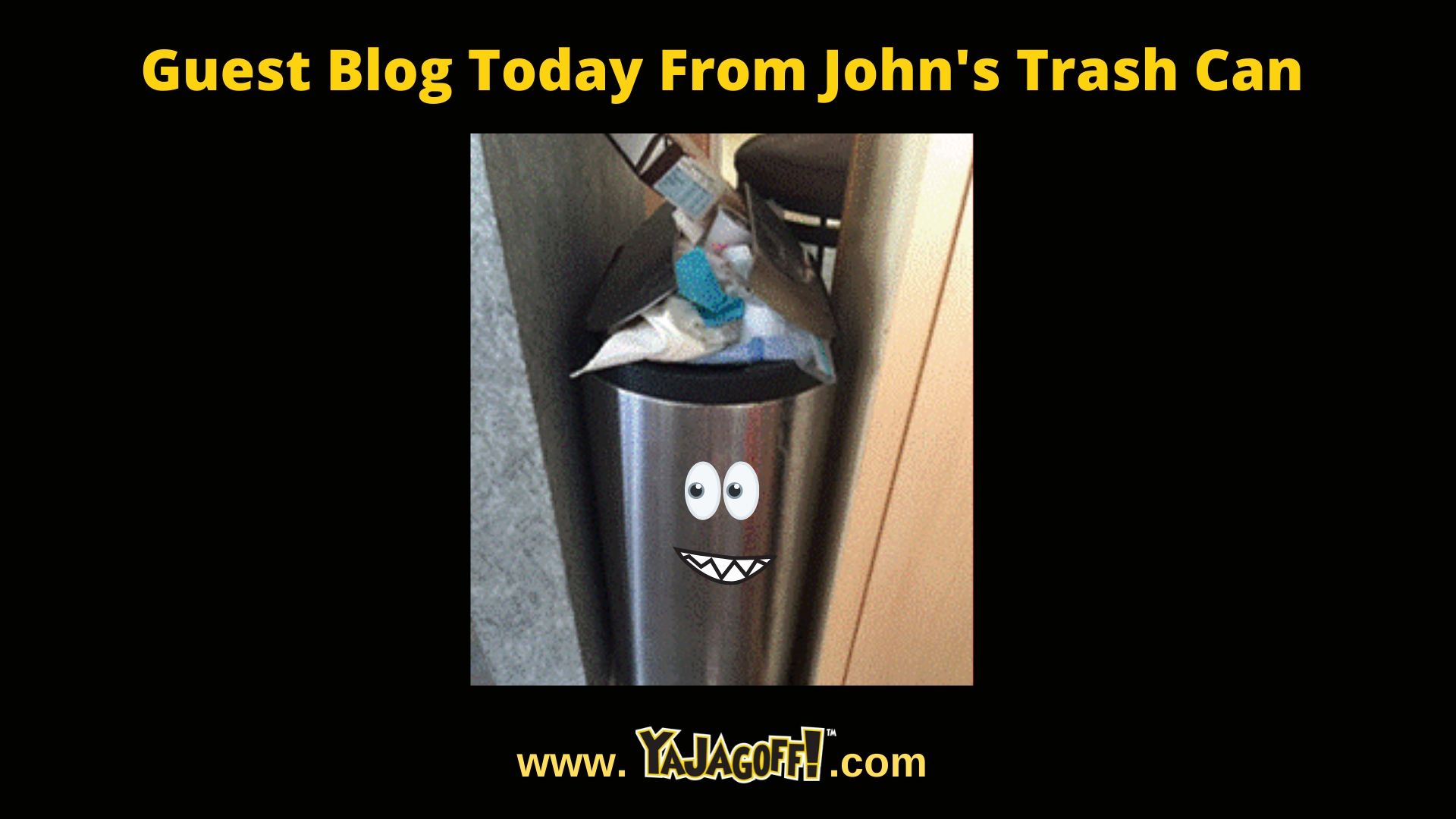 Here I sit! Al day. Nobody around.

For the record, the picture above is an older photo of me that I found in his files on this stupid blog.  I don’t like it because, as you can see, I was looking a little bloated that day, but I don’t have arms to help me take an updated selfie.  This particular day, I felt twice as paranoid about my self-image because I kept overhearing those daytime TV commercials about feeling bloated and colon cleansing.  I’m like, “someone over hear feels a little bloated! I could use a little emptying myself!”  But….. nobody paid any attention to me!

Being John’s garbage can is not all that fun but its better than sitting around at the Kirklands Home Decor store with all of the other unclaimed, orphan garbage cans. I’ve never been pee’d on by a pet or thrown around which, from what I hear from my cousin, who’s a driveway garbage can, be pretty tough on the body and psyche!

Some of those nice-smelling trash can bags would be good.  I remember one time, about 3 years ago, he had a coupon for some of those special-scented bags. But, after they were gone, we went back to the standard plastic-smelling things.  The scented bags made me feel “pretty” cuz some days I get a little “gamey.”

My other, smaller cousin is John’s bathroom garbage can. He sometimes tosses old Q-tips into her.  FYI, for the record, while I hate having half-eaten salmon and raw chicken parts thrown into me… I think that I’d upchuck old garbage if ear-wax-laden Q-tips were thrown into me!

OK.. gotta go…  I just wanted to get a little more attention to me.  Like…. (get ready for my one and only garbage can pun)…I just want someone to show that they care…  like, when John gets home from a long day, maybe a little salutation… a little courtesy.  All I get right now is the garbage scraps from is McDonald’s drive thrus that day! I’m not materialistic, (here comes the pun) I don’t need a lot of attention, I’d just like, when he gets home to say, “Hey…. How’ve you BIN, YaJagoff?”