I’ve written about Gym Jagoffs before.  Click the pic of the pube-hair to read it. 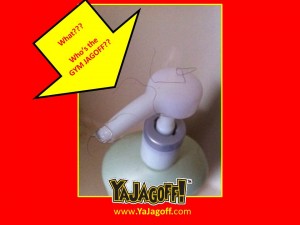 This is about a different kind of gym jagoff.

So there I was in the hotel gym.  What is it, 12′ x 12′?  Maybe a little bigger.  I could smell the chlorine from the hotel pool in the next room over.

There were 2 other people already in the tiny, hotel gym when I got there.  I hate that. I like my time alone because I’m an ugly worker-outer.  I like to sweat, cough, snort and gag in private but there was no going back. I had eaten like a pig the night before so, this night, there could be no excuses.

There’s a lady on the treadmill.  There’s a guy on the elliptical and than there’s me and my jump rope between the weight bench and the window.  All of us have headphones on and the TV’s on some staticy analog hotel channel and the volume is up loud.  I set my timer and go to work.

Within 20 minutes, we all sensed a sudden whiff of some raunchy aroma in the 12 x 12 room of 3 sweating  people.  We all disregard. Of course, I give my subtle “Wow! How could somebody do that in here” eye roll.

Within 5 more minutes there was another gas smell passing in the room.  All three of us reacted with a little more animation about what, clearly, everyone smelled but nobody would admit to.

A few more minutes went by… maybe 5, maybe 20, not sure because I lost track of time, but the smell was apparent again.  Mr. Elliptical pressed pause, wiped his face off, wiped down his machine and quickly walked out.  At that point, it was just me, Jump Rope Johnny, and Ms. Treadmill. Was Mr. Elliptical the culprit? Are we free to breathe freely now?

My nerves combined with the Tabita jump rope routine ended up to be too much.  I had to get outta here because this was now awkward. I cut my exercising short.

As I bent down to pick up my room key and phone….boom…. another gas pocket expelled silently but just as horrible of an aroma as the other 2.  I tried soooo hard to hold it until I was in the hallway but, like my grandfather used to say, “You can’t hold what you don’t have in your hand!” Me and Mrs. Treadmill now knew who the culprit was. I ran out the door and barely got outta there without crappin’ my pants!

New rule… don’t eat like a pig!  But, if  ya do, and it’s Mexican, don’t use a public gym to work off the tortillas and chorizo calories the day after, Ya Jagoff!

What other gym jagoffs have you been witness too? Comment below.

NOTE: I purposefully didn’t show up for the complementary hotel breakfast the next morning for fear that Mr. Elliptical and Ms. Treadmill would be there and point at me!

Don’t forget to submit to me your ideas for the 2015 Pittsburgh’s Sexiest Halloween Costumes. 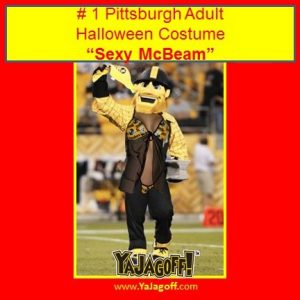