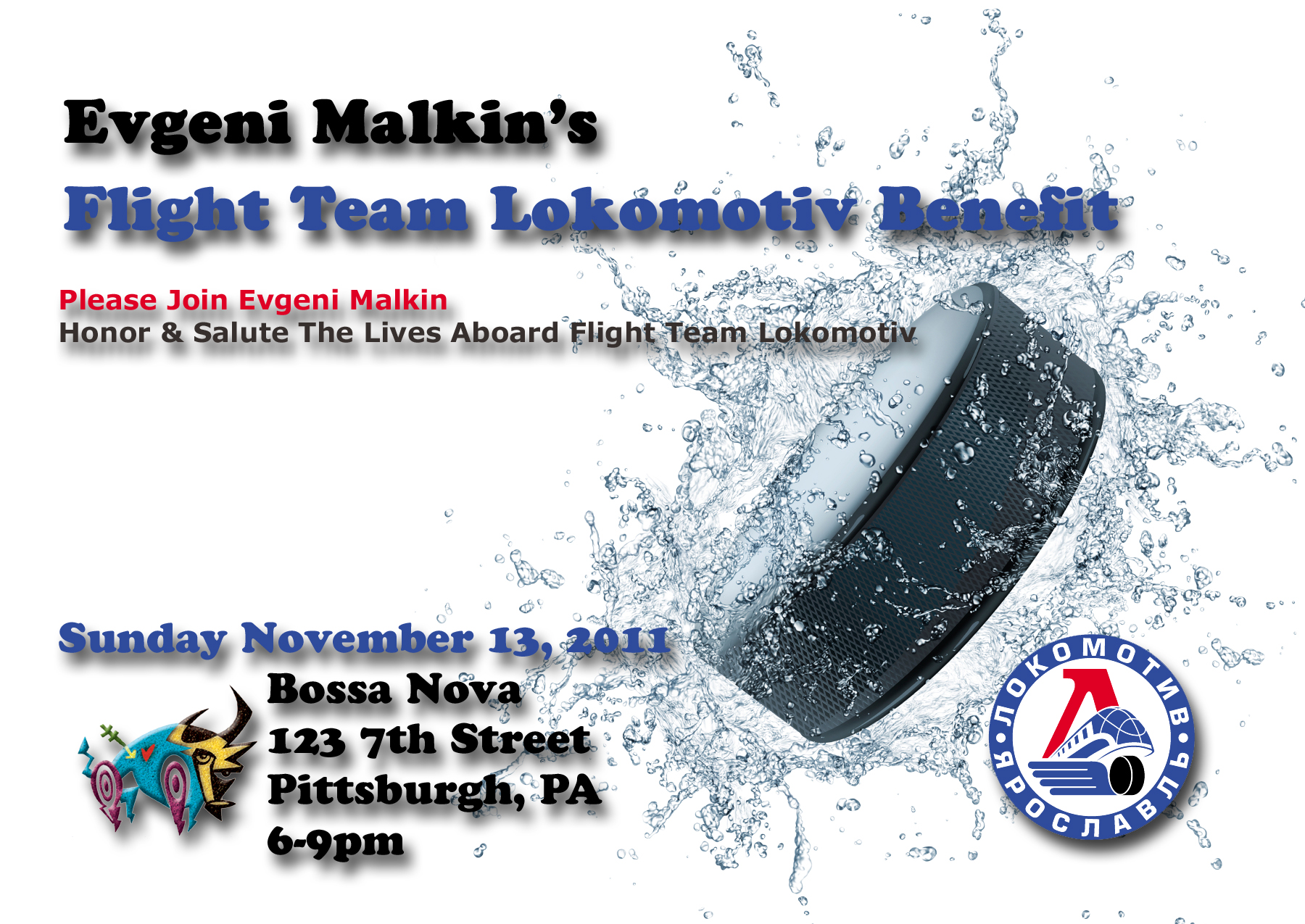 A special Thursday post. This event might be one of the coolest hockey events ever AND it’s a great way to help the families of those on board the Flight  Team Lokomotiv  – friends of Evgeni Malkin.

On Sept 7, 2011, 44 lives were lost in the worst tragedy in professional hockey history. A plane carrying crew members, hockey personnel, coaches and players of the Lokomotiv Yaroslavl hockey team crashed.  Some of those players were known to us and some were simply friends of some of our Pittsburgh favs like Evgeni Malkin and Sergei Gonchar.  Since then, according to Ksenia Gonchar, a few fundraisers have been held in Russia for the families of the hockey players; however, not much has been done for the trainers, skate sharpeners and other ancillary staff who died and whose families do not have the financial stability that the players families might have.

Mrs. Gonchar (and no, we did not refer to her as Mrs. Sarge, we actually had some class during this interview) also noted that accidents, such as this, in Russia, do not have large insurance payouts like similar incidents here in the U.S.  So, Geno started fundraising immediately by selling Lokomotiv silicon wrist bands that are still being sold at the local Dick’s Sporting Goods.

And now Geno, with the help  of some friends and the Big Dreams Children’s Foundation, is going to have an AWESOME fundraiser, this Sunday evening from 6-9pm at Bossa Nova, downtown.

There will be a limited ticket, VIP meet-n-greet with Geno from 5-6pm.  Then other Pens players are going to join him and hang out from 6-9pm.  You can get details and tickets by clicking HERE.  There will also be a silent auction.

Thanks to Lena McMahan of Big Dreams Children’s Foundation and Kesnia Gonchar for actually taking our call.  We weren’t sure WHY they did…..even our own parents don’t take our calls!!!

It is quite possible that they had mistaken our blog name as us being a Pittsburgh Russian-Cuisine Restaurant calling to swap Draniki recipes!!! 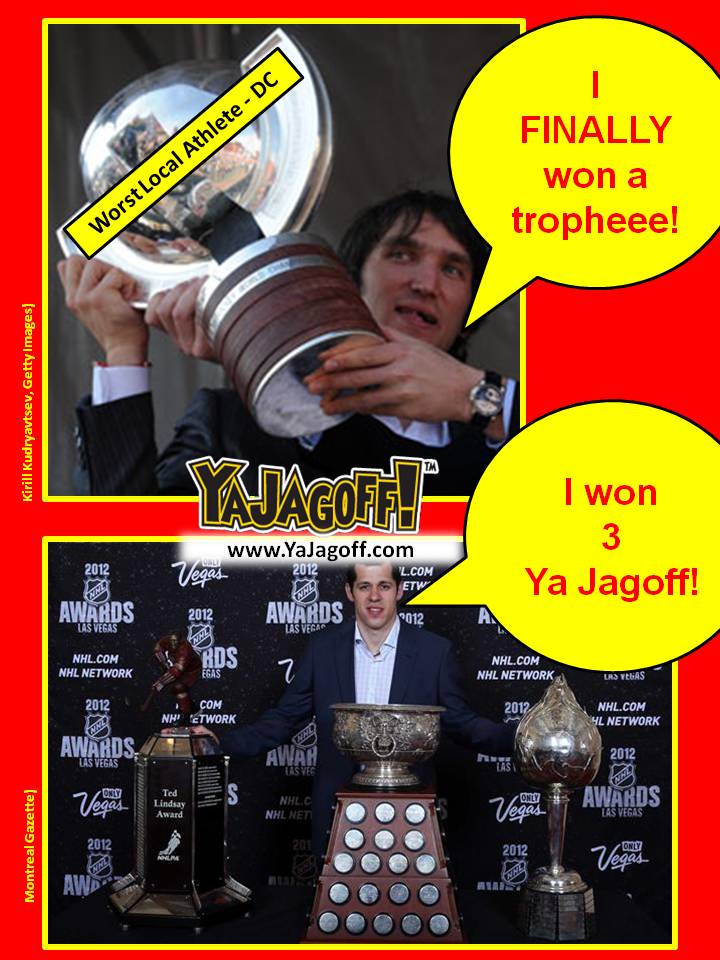 OK, so this doesn’t REALLY fit our model of posting people trying to make Pittsburgh look bad but.. it feeeeeeeeeels REALLY good to write...