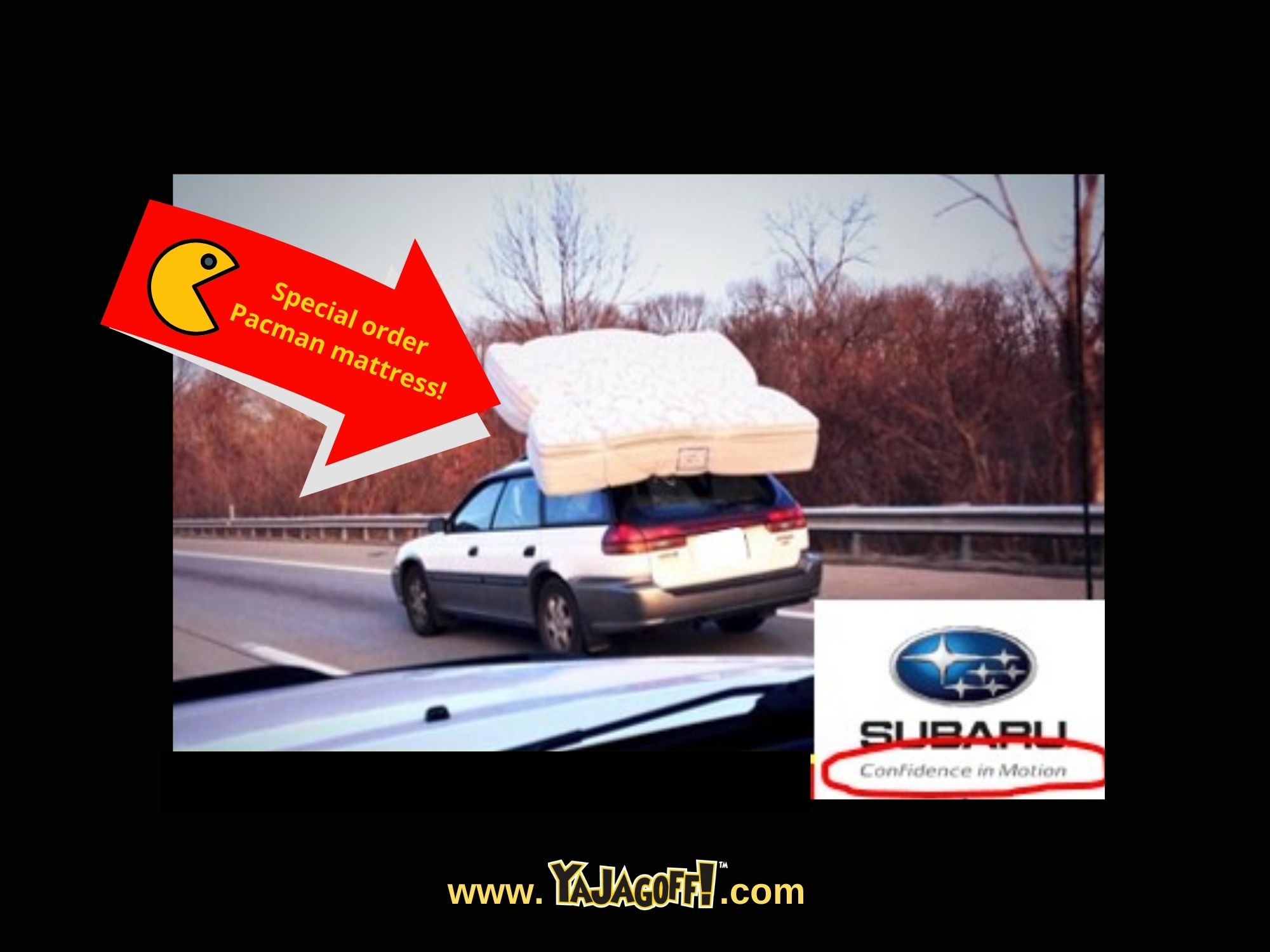 The the tweet that came in with this photo:

Yeah.. me thinks the 18-wheeler, driving behind this Subaru, is potentially looking at a completely different idea of a SLEEPER CAB if that thing blows off.  And, since the car underneath is the size of a tricycle, it potentially could all just fly backwards into the oncoming truck’s windshield like a stink bug.

You pay to have food delivered through GrubHub, UberEats and whatever other app drives single dinner servings at ridiculous prices!  For crissakes, pay the extra few bucks and get the thing, that you’re going to sleep on the next 10 years, delivered so we’re all not having to leave as much space behind you on the I-79… Ya Jagoff!