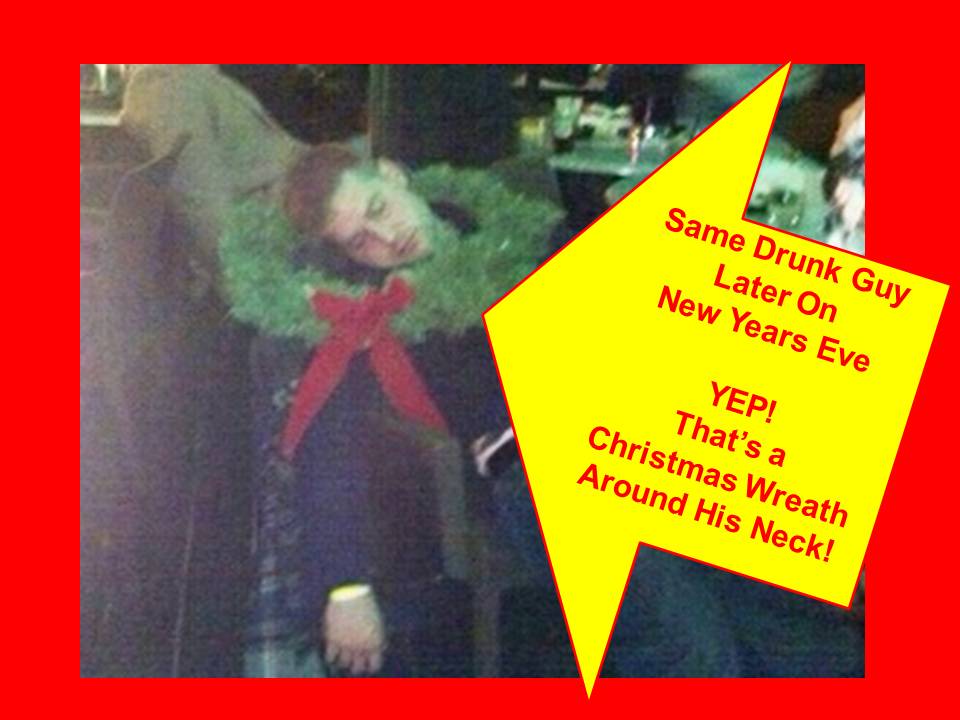 You knew we had to get at least one submission of a New Year’s Jagoff!

This may look like one of those silly internet pics that get passed around with a note, that says something like, “This is my sister’s friend’s, friend’s, second cousin on her mother-in-law’s side.”

It’s not.  It’s fresh from a couple of Pittsburghers-at-heart in North Carolina.  And the pic is from the New Year’s Eve celebration at Kennedy’s Irish Pub.

December 31, 2011, 9:30pm “Drunk Guy” gets a shower, throws some mousse in his hair, puts on a nice “I’m-in-a-laddy-dazzling-party-mood” sweater and adds a lady-dazzling scarf around his neck

December 31, 2011, 11pm (approx) “Drunk Guy” meets “Bill The Jagoff Catcher.”  And Bill is LITTERALLY a jagoff “Catcher” because he’s holding on to “Drunk Guy” trying to keep him from melting into his own drool as he is falling asleep standing up– but he’s still SWAGGIN his lady-dazzling scarf

January 1, 2012, 00:004 (approx) “Drunk Guy” takes a wrestling 10-count in a chair and he has now traded in his lady-dazzling scarf for a  Christmas Wreath (Is that more lady-dazzling than a scarf?)

Hey “Drunk Guy,” don’t be upset that someone sent us these photos.  Look at these photos as our Jagoff Catchers teaching you a lesson through our previously announced Behavioral Change Methodology Phone App called, TPE (Total Public Embarrassment).  In the meantime, we have a few New Years Resolution suggestions for you:

Resolve to throw away that scarf (It’s NOT really lady-dazzling.)

Resolve to get yourself a  puppy.  (They work waaaaaay better at lady-dazzling than a scarf and, if you get drunk, a puppy won’t pose you for silly pictures with wreaths.)

Hey “Drunk Guy,” we’ll say this softly just in case you’re finally waking up to read this and your head feels like a 50-lb. bag of potatoes, “Happy New Year, Ya Jagoff!”

Thanks to Laurie H. and Bill H. our Jagoff Catchers for this post.

You may recognize Bill from one of our previous post pics.

And don’t forget to check out our on-line store of Jagoff items. 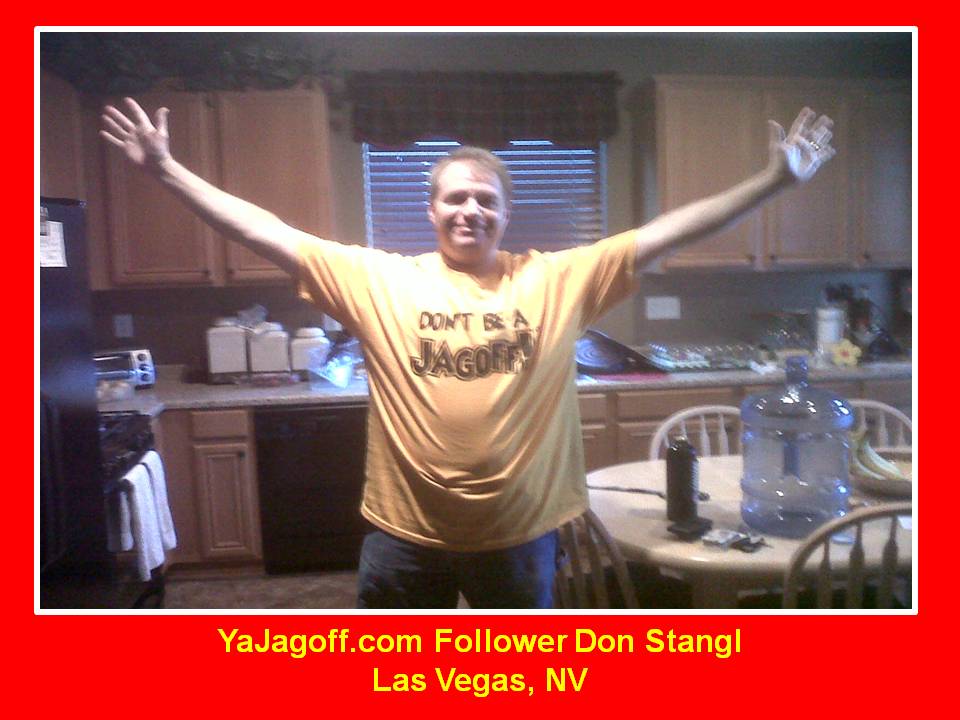