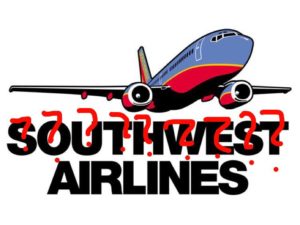 So I guess I could write a detailed timeline about my escapades in getting back to Pittsburgh yesterday via SouthWest Airlines…an air carrier that used to be have a “can’t miss” attitude towards their attention to customer satisfaction details.  We’ve all heard the great stories about their sense of humor in the times of travel-crisis, etc, etc.

However, if I put a detailed timeline below, I suspect you will be dozing off into a deep sleep at about the 11:07am “We are STILL in line, 2+ hours have passed, and I’m STILL on hold, 1:30 hours have passed, since finding out that we our flight to Baltimore was cancelled because the airlines had no pilots to fly the plane due to FAA crew rest restrictions which were a complication of yesterday’s SW Airlines computer system crash” point on said timeline!

See? I almost lost ya already?  Perk up! Take a deep breath!

The summary of the day is this.  SouthWest airlines had a computer crash. Because of that, they had a bad day with flights.  That happened almost 24 hours before my flight was supposed to depart San Antonio, Texas. They didn’t take any extra steps to thwart off a second day of disasters caused by the first day.

When me and my work buds, who are now much closer personal friends because of the amount of “we’re all stuck in this elevator for God-knows how long so, how many kids do you have, what do you like to drink, did you ever fart on an airplane and kill the person behind you” kind of discussions that we shared during our time at the airport, ARRIVED at the airport, you’d think that there would have been some kind of crisis intervention plan, or at least, a “Let’s Keep These People from Rioting” plan to control everyone’s mis-directed anger about what was about to unravel due to the computer crash the day before.

Nope! Two counter staff at the main counter near the gates.  These 2 lonely souls were taking care of at least 3 consecutive total plane loads of passengers whose flights had been cancelled an hour before their flights.

Hey SW Airlines…. you should search YouTube videos of how the Pittsburgh Penguins managed lines of anxious customers standing in line for extended periods of time by handing out pizza and communicating to them!  I mean, for crisssakes… if the managers of a hockey team can figure this #$&%@ out, I’d have to think it can’t be all THAT hard. As any FYI, we are no longer Facebook friends, Ya Jagoffs!!