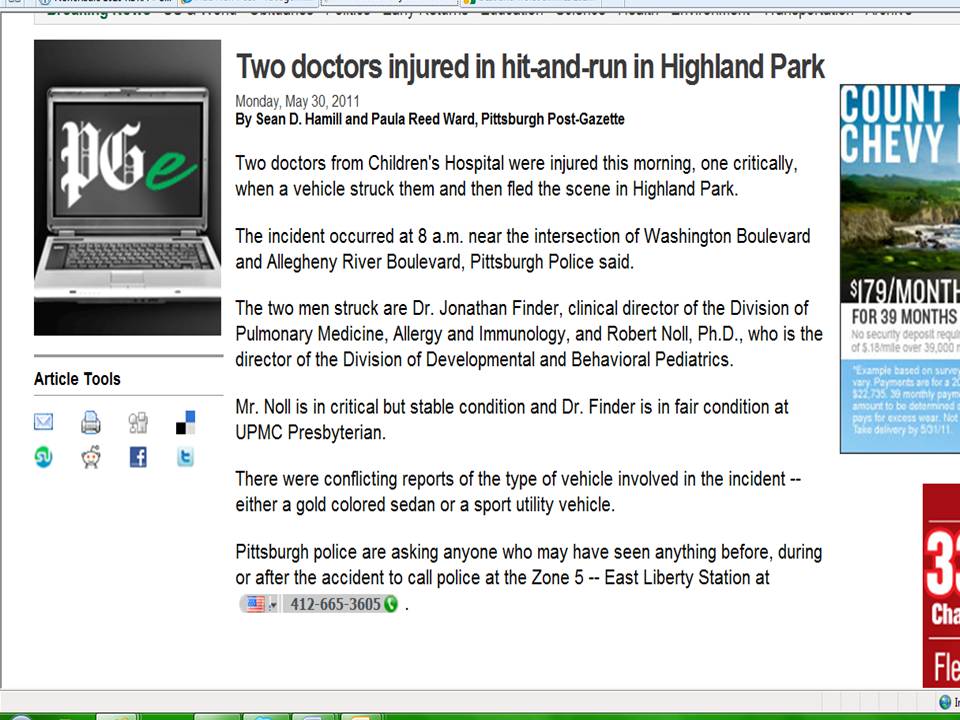 Ok, so not every hit and run is gonna make it to a post on this blog but….this person IS a Jagoff and makes Pittsburgh look bad!

Cycling activity is constantly increasing in the area as we try to ride off our Primanti sandwiches and Oakmont Bakery goodies.  Sometimes the cyclists know what they’re doing and sometimes they just ride carelessly, swerving in and out of traffic, running red lights, causing mayhem.

But MOSTLY ya have smart cyclists  –  that, unfortunately, FREQUENTLY take their life in their hands with drivers that have no idea how to share the road OR how to drive their car around curves WHILE KEEPING THE VEHICLE BEWEEN THE DOUBLE YELLOW LINE AND THE WHITE SOLID LINE!  I know, from a little bit of casual cycling, how many times I almost took a sideview mirror of a box truck to the head.

So this driver cuts out from behind another driver and take out 2 cyclists THEN DRIVES AWAY??

I don’t know WHO you are in the gold sedan/SUV but when you get caught, victim #1, Robert Noll, director of the Division of Developmental and Behavioral Pediatrics gets to duct tape you upside down to his handlebars as he rides down Sycamore street and lectures you about  the behavioral problems one probably has when they are capable of injuring someone and running away.  Then, victim #2, Dr. Finder, clinical director of the Division of Pulmonary Medicine, Allergy and Immunology should be permitted to have you in his office where he can inject you with the allergen of HIS choice then walk out of the room while you become increasingly short of breath to the point that you pass out before he gives ya any treatment, YA JAGOFF!!

Just in case you were wonderin’ YES, I did see the movie “Law Abiding Citizen” with Russell Crowe and NO, Dr. Finder and Robert Noll do NOT advocate my views!

THANKS TO HONORARY JAGOFF CATCHER MARK R (@rauterkus) FOR THE SUGGESTION!