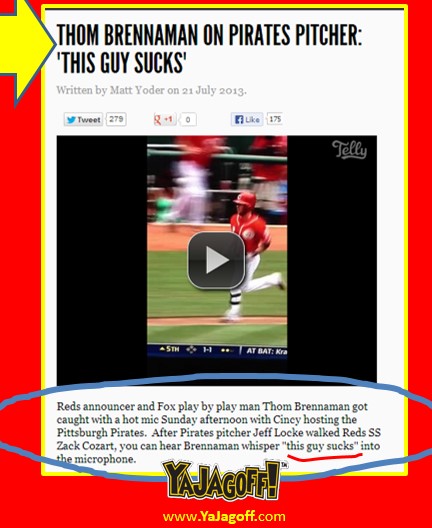 OK… if you’re gonna jump on the Pirates’ bandwagon, ya have to stick up for them when someone makes an attack!   So let’s become the band of brothers.. or… at least a band of racing pierogies.

During yesterday’s Cincy/Pirates’s game, Reds announcer, Thom Brennaman, whose dad is a Hall of Fame announcer, says “This guy sucks!” over an open mic when referring to Pirate’s pitcher, Jeff Locke who, by the way, beat the Reds!  You can see the video on a website called Awful Announcer, here. 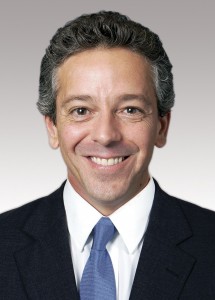 So far, no phony apology has been issued and we don’t expect one.  And also no word, from his dad, on whether he was going to pull the short-hairs of his neck and soap his mouth when he got home.

We fully anticipate that he will produce a statement stating that, when he said that, he was talking to his broadcast partner about his hair stylist … which is plausible because , as is apparent from the pic above, he/she still lives in the 70’s and DOES suck!!!  Oh well, between beaned batters and this, finding a way to really rank Cincy up there with Philly when it comes to class in sports.  I still won’t talk bad about the 3-way Skyline Chili!!

Hey Tom.. notice we wrote TOM vs. THOM which could easily be misinterpreted as THONG.. which is something that covers the part of the body that you seem to TALK OUT OF…  we just opened a new Jagoffds non-credit course at CCAC.  You might want to enroll .  It’s called  “I Have No Idea Why Nobody Can Figure This Out But  Always Assume A Hot Mic So Don’t Say Anything Stupid And Don’t Tweet Pictures of Your Junk Unless It’s a Picture of Your Nasty Garage 201,” Ya Jagoff!

Thanks to these Twitter Followers @mikevukkdka, @TheNotoriousJWT  and @TheKennyM  for sending over the  Thom Brennaman video  link within .o248921 seconds of asking for it last night!