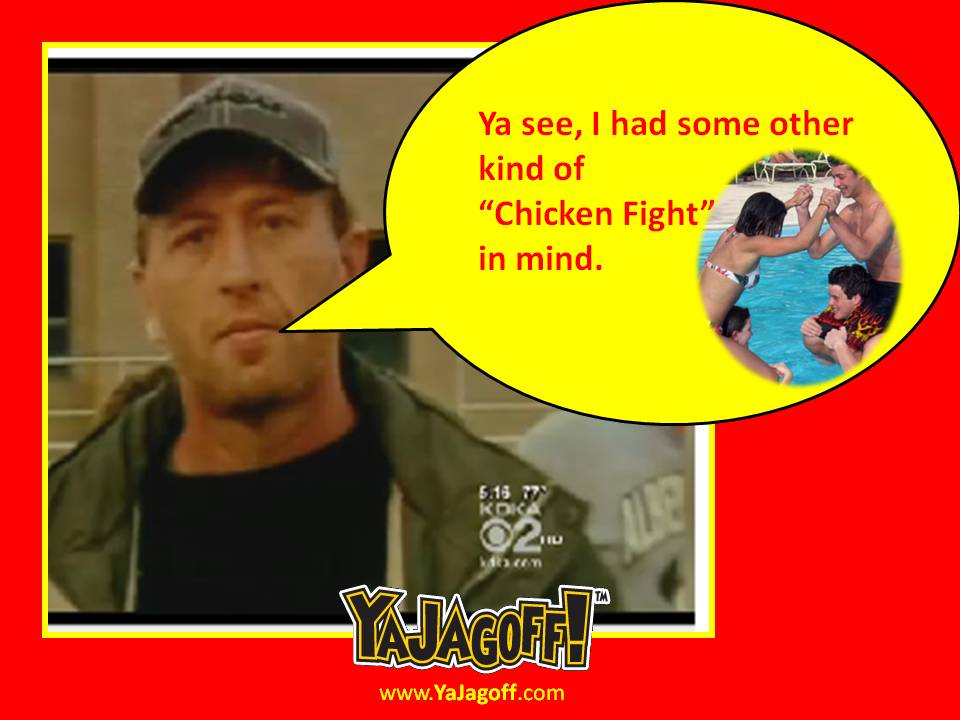 Soooooooooooooo the honor of today’s post goes to our man, George “Jake” Rhome who didn’t like his dinner sooooooooooo much that he decided to start a family melee , well kind of, because, his was somewhat provoked by daughter-in-law, Dottie Jaggi, who whaled a chair at him for his dinner chatter.  Here are the story highlights (see KDKA video here):

In looking at the items above.. what’s so abnormal about what went on?  Just about ANYONE would be upset over the veggies not being done in a bowl in the microwave!!  There’s really no better way to cook them, huh?  (We’re guessing Dottie doesn’t read Pinterest or she would have known the standard microwave recipe for frozen veggies.)

And my gosh!  What WWE/MME-watching family WOULDN’T throw a chair after receiving that kind of food critique… bad veggies, incorrectly cooked chicken?

Imagine what Shake n Bake Jake would have done a Thanksgiving turkey would have exploded at the table like it did in the Chevy Chase move, Christmas Vacation!!!

Jake, Dottie, Jason enjoy your time in jail.  We would suggest you NOT complain about the food there.  Jake’s Mom and Girlfriend-of-Jake, well, you are the last two left free.. “OLLY, OLLY OXEN FREE!”

The good news of this, the Food Channel wants to talk to you all about a few new TV shows:

“A LITERAL Throw-Down of Bobby Flay”

(and our favorite) “Diners, Drive-ins and Dregs of Society”

Looking forward to the news covering your Thanksgiving Dinner, Ya Jagoffs!!

Thanks to Facebook follower P. Cornell for being the first one to drop dime on this story!

Yesterday, on our Facebook page someone shared a great pic of why you should NEVER fall asleep in one of our shirts!!

The great news is you can order one of our shirts to support breast cancer research by clicking the pic below. 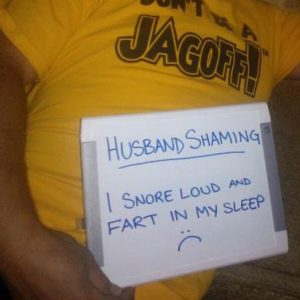