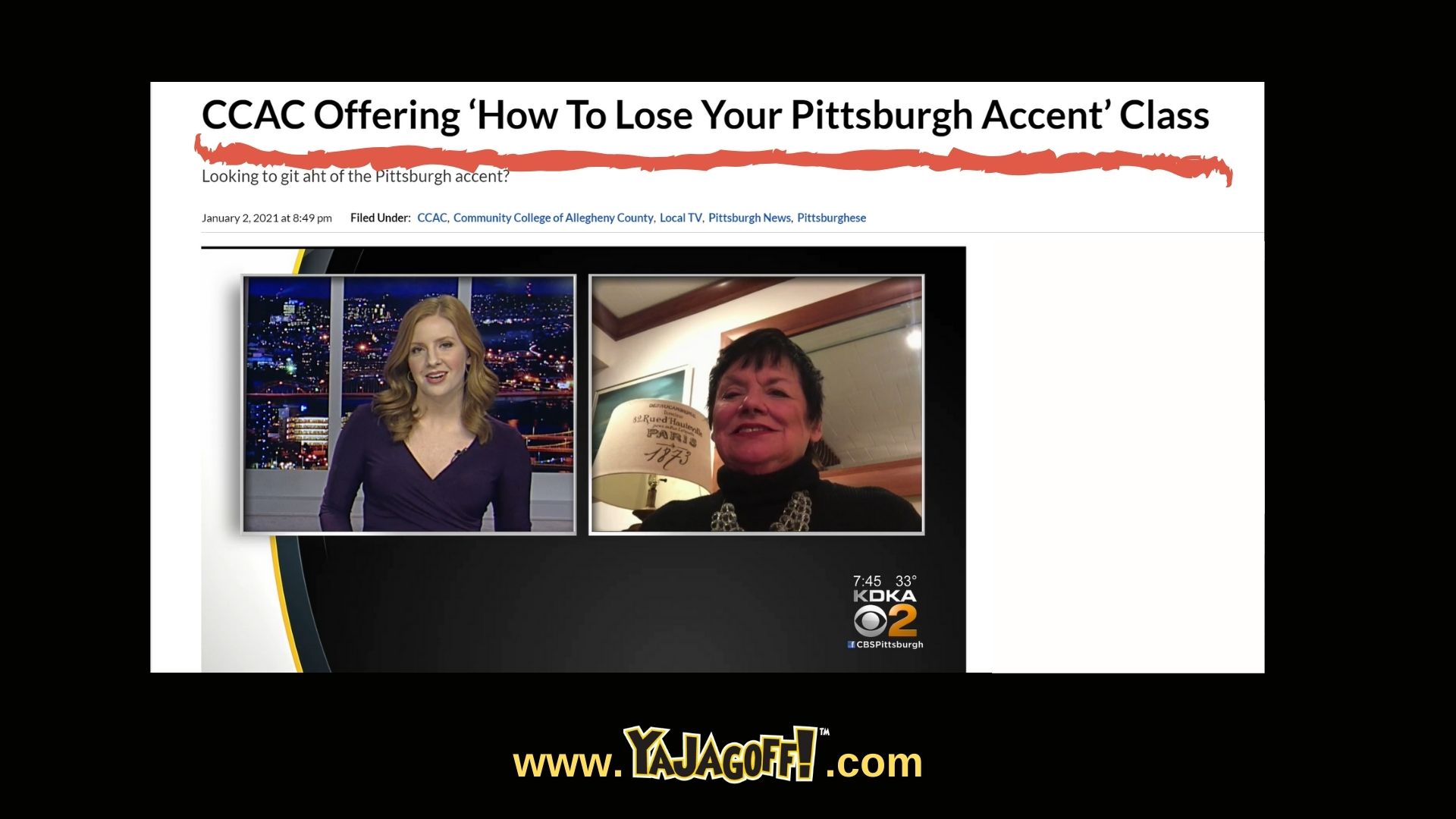 A new class is offered dahn at the C-CAC.  It is pretty selective, though.  Like you sillies who say things like I’m well and headed to Giant Eagle, ya kow with the emphasis on the T so it doesn’t run into the next word eagle, which side note doesn’t start with a short I sound.

The class is two sessions long and helps identify proper and improper vocabulary, or Pittsburghese. In yinzer talk this means yinz are abaht to get schooled (yep with the UL sound exaggerated) on how to talk right n’ at. The class is at the C-CAC closet to dahntahn. All I can say is I pity the professor.

I mean God Bless you for taking the time to even acknowledge the way we Pittsburghers tend to butcher the beauty of the Englich language. Heck, we even had a podcast guest from West Virginia tell us this weekend that Pittsburgh people do not know how to say the letters o and w together.  But, yes kudos to the dear heart who is putting a stop to the nonsense of adding an s to every damn word we know, or the person who thought yinz just grouped everyone into one fun category of Pittsburgh peeps.

I mean how though?  Just two sessions and the Stush from Sahside is gonna know to say I went to Giant Eagle close to downtown with Sally Wiggin.  I mean, no one is going to believe Sally went downtown when there is no Stiller game, ya jagoff!