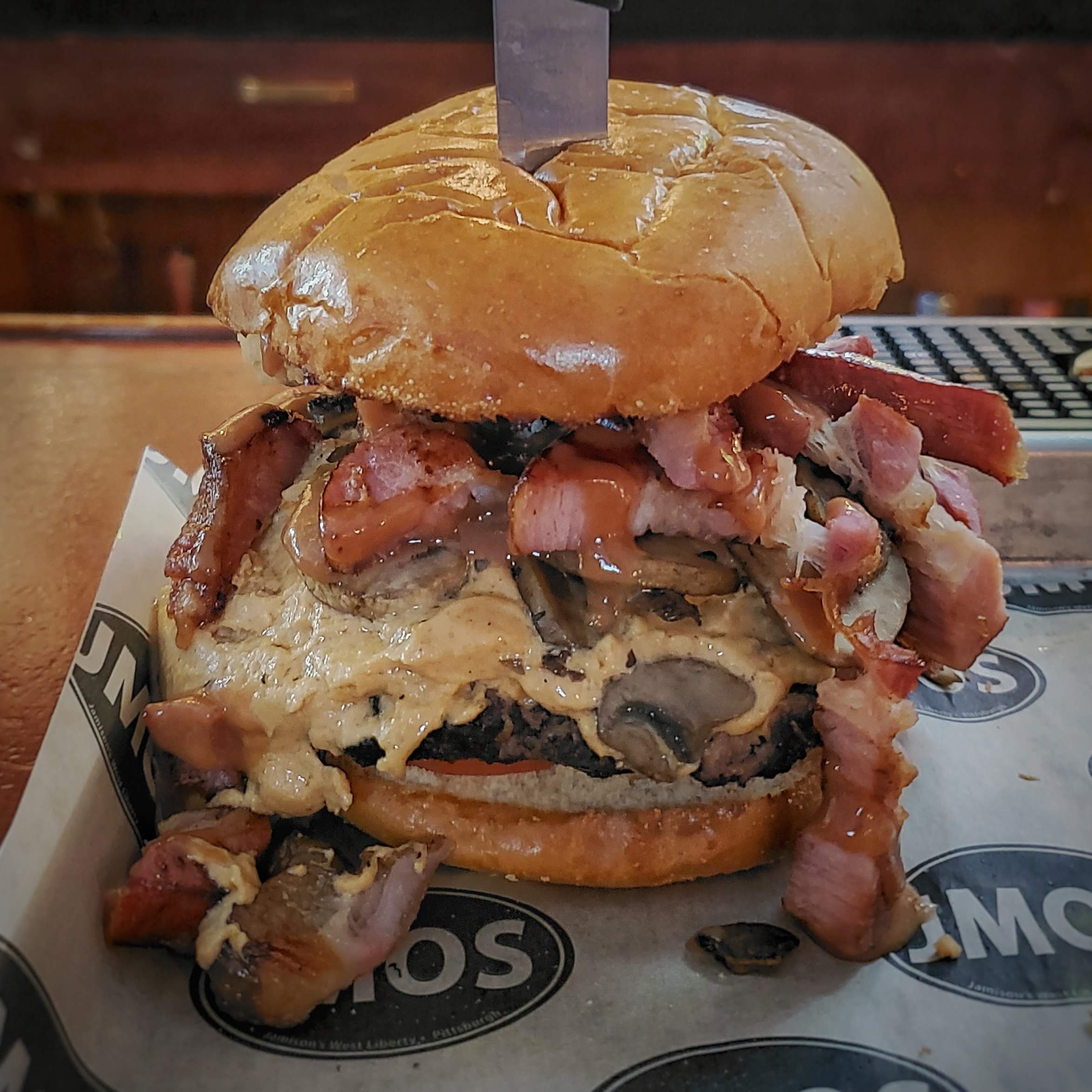 I didn’t grow up in Pittsburgh. I grew up in a borderline suburb of rural PA where there were not many options for good food. Pittsburgh was like a food paradise when I moved here. When I started my blog and Instagram, mostly at the urging of friends and coworkers, I saw it as a great way to discover new restaurants around Pittsburgh and document my favorite dishes. Over these last 4 years, I have tried so much and met some really great people in the Pittsburgh foodservice industry and other great fans of food. Here are some of my favorite foods I’ve discovered. I know there’s always more to discover so I always keep eating and expanding my list. 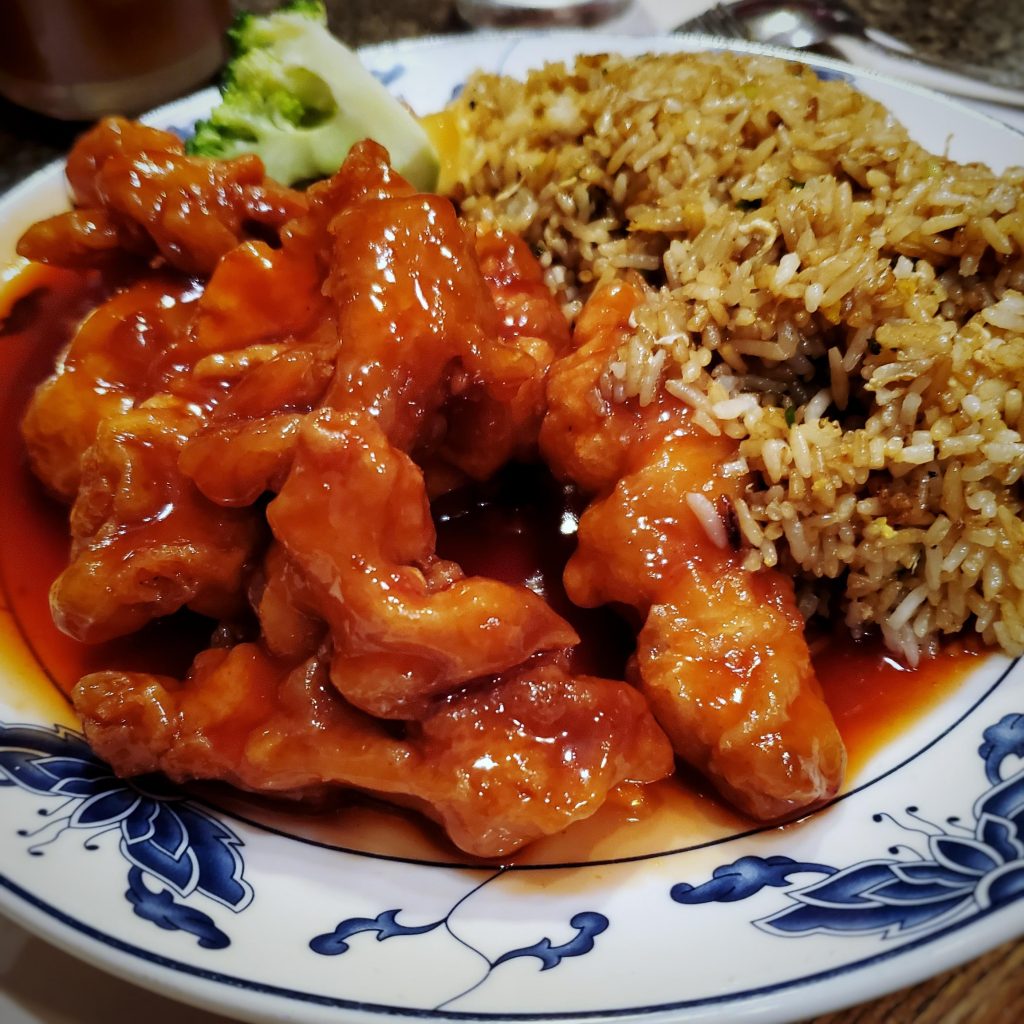 This was one of the first meals I ate when I moved to Pittsburgh and it is still one of my favorites. Chinatown Inn is a hidden treasure on the edge of Downtown and in the last remaining building of Pittsburgh’s lost Chinatown. General Tso’s Chicken with a chicken egg roll is my go to order. It is made with large pieces of chicken battered and fried to perfection so the coating doesn’t come off and tossed in a sweet and mildly spicy sauce. Chinatown Inn also has some pretty cool Hollywood connections and is worth a visit.

The Morning After Breakfast Special at Pamela’s Diner 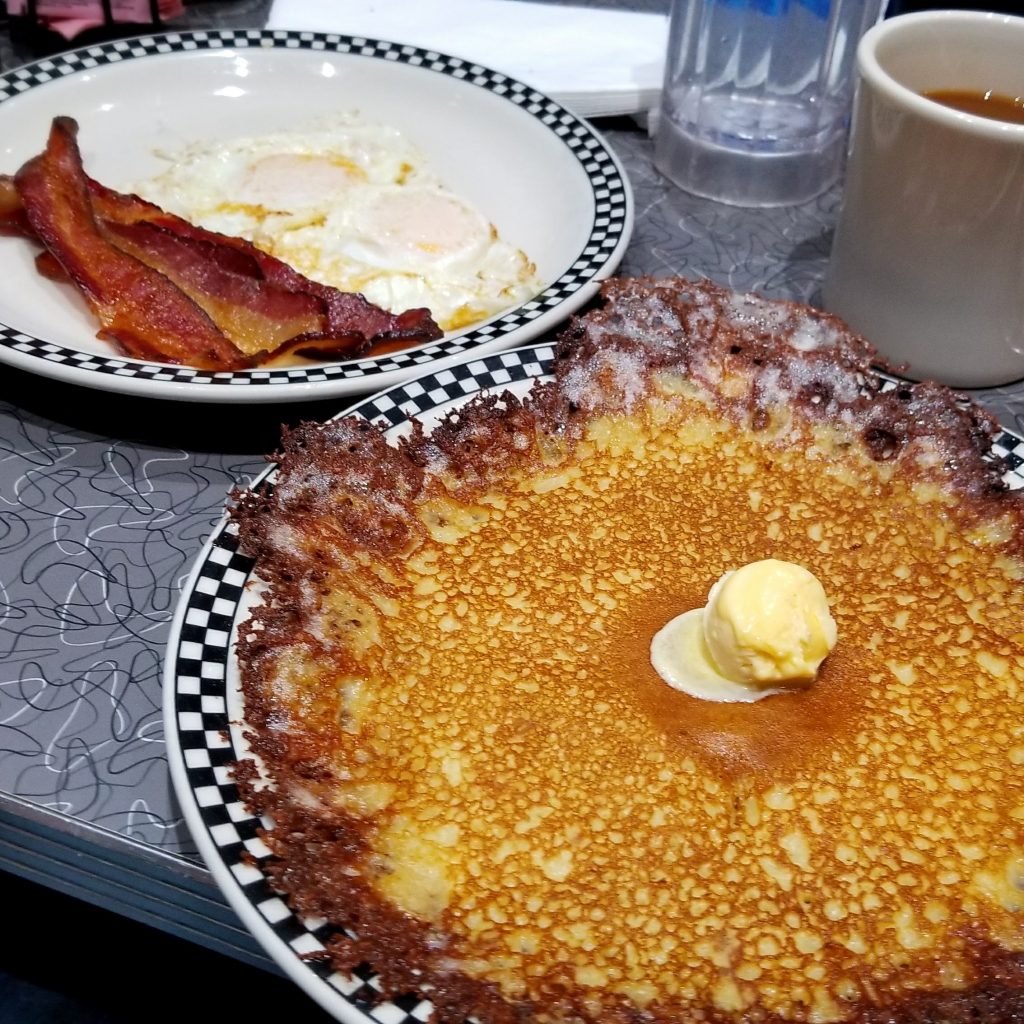 It’s such a simple breakfast but it remains my favorite in Pittsburgh. The hotcakes at Pamela’s are like half pancake, half crepe and all delicious. I love the crispy edges and the sweetness of the center of the cake. However, it’s not a complete meal without the eggs and bacon. I also add on a side of the Famous Lyonnaise potatoes. 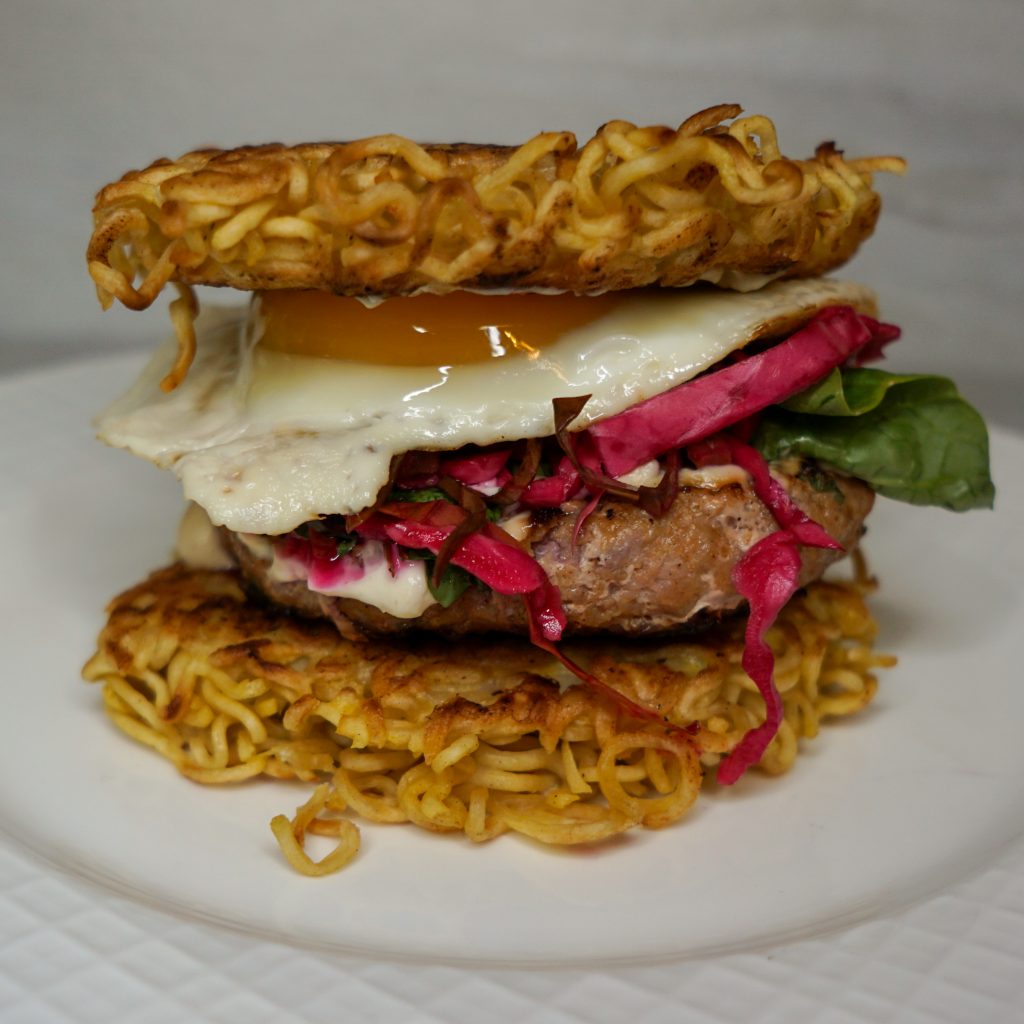 I love so many items on the Blue Sparrow menu it was hard to narrow to just one. My go to is the BibimBap. However, I have loved their Ramen Burger since this food truck’s early days and I think it is because it is like no other burger in Pittsburgh. The bun is made of ramen and the burger is usually made of ground pork or a mix. Top it with a dippy egg and it is one tasty mess. This isn’t on the menu often, but get it when it is. 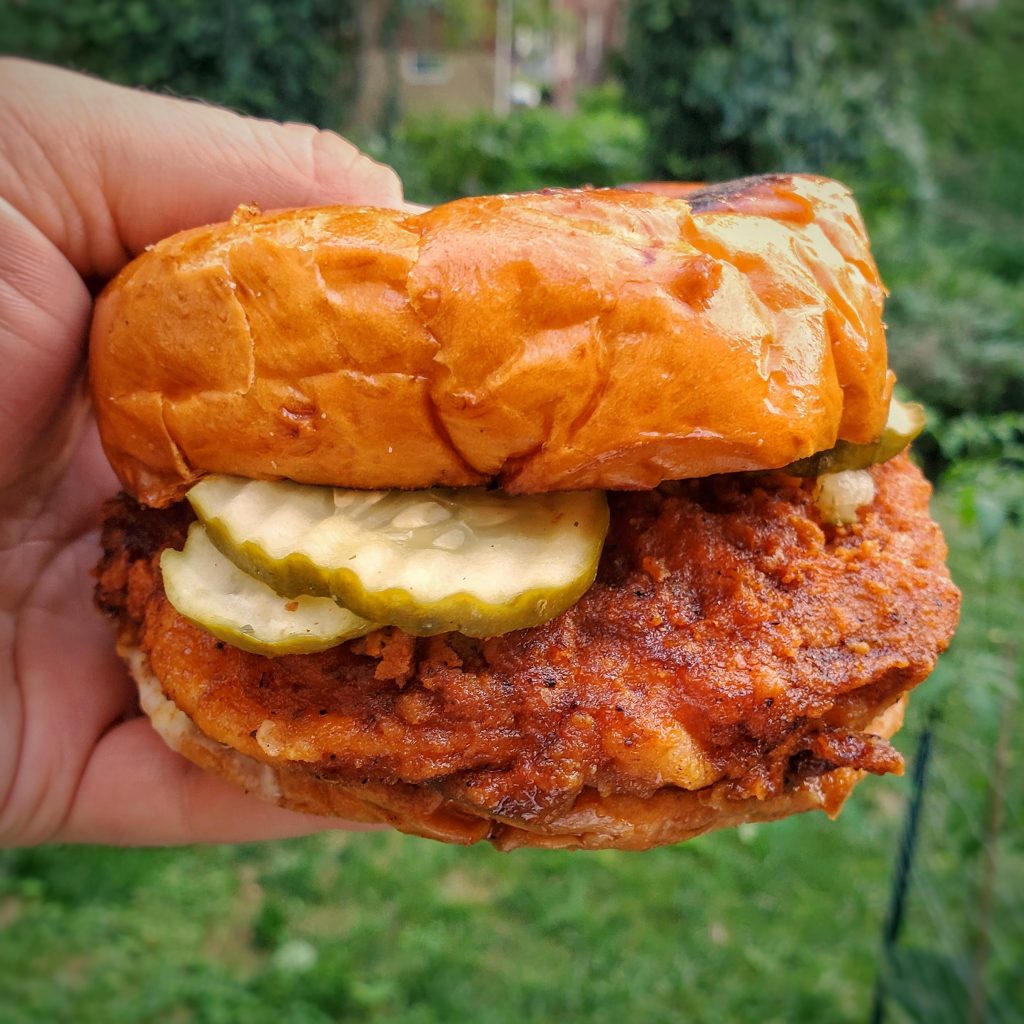 I frequently get awesome sandwiches from PGH Sandwich Society. The one I have ordered the most over the years is their Nashville Hot Chicken. I think it has the right combination of juicy chicken, crispy breading and medium to hot heat for a tasty sandwich. Their PGH Brunch Society events are not to be missed. This is when they get really creative on the sandwiches. 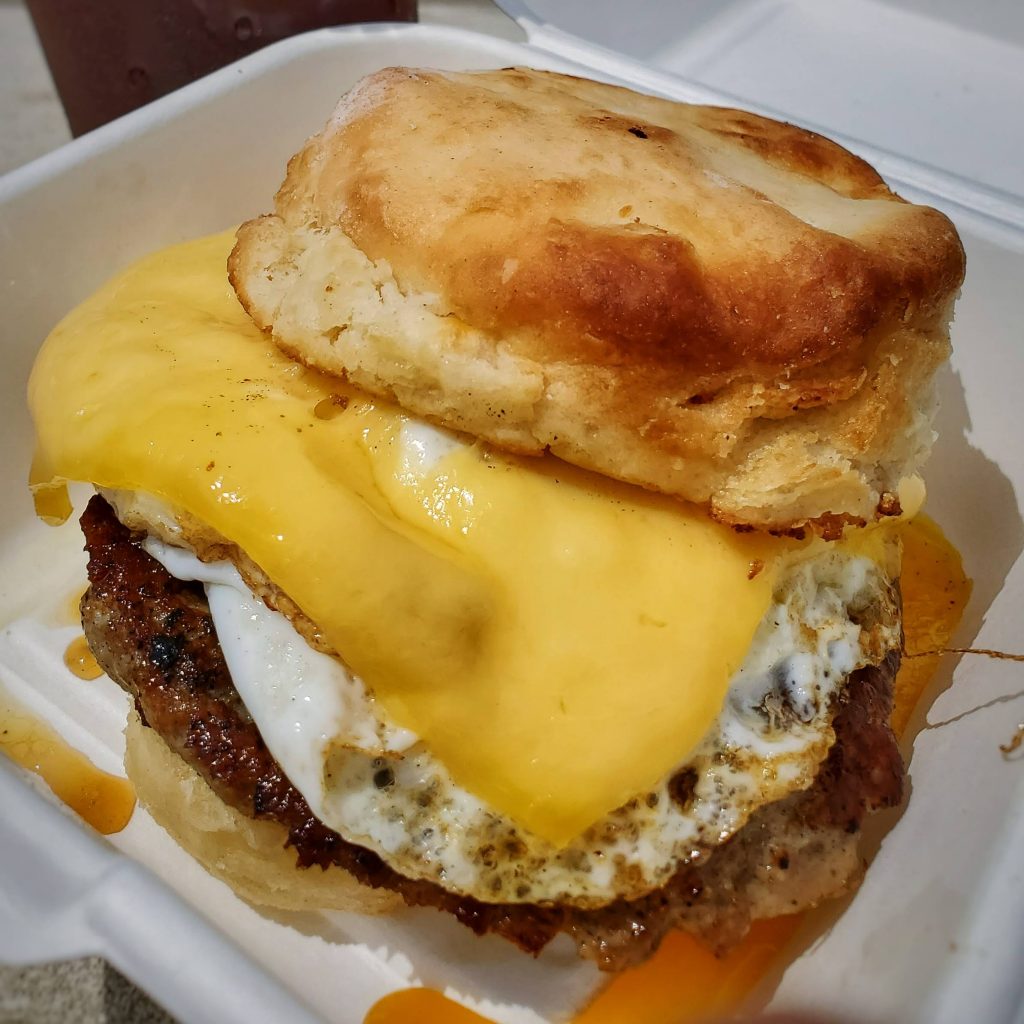 They have become a fixture of the Pittsburgh farmer’s market scene. Their buttermilk biscuits are incredibly versatile for replacing your boring bread on most sandwiches, but their breakfast sandwiches are where it’s at. The biscuits always have a nice crust, soft on the inside and a buttery flavor. The sandwiches are made fresh with a fried egg and a choice of two toppings. I typically go with the sausage or bacon and Kiss of Kerry Cheddar. The biscuit with sausage gravy and a fried egg is another favorite and guaranteed to stick to your bones. 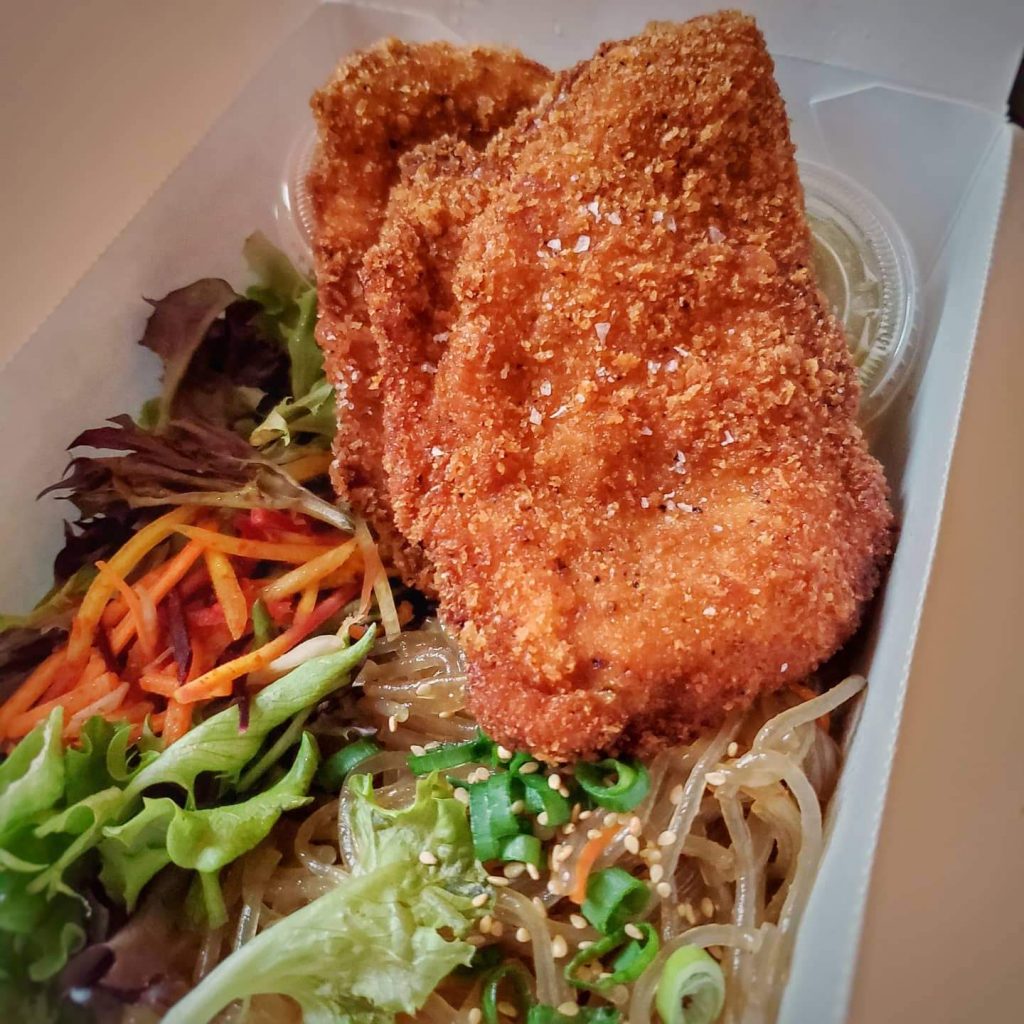 Back when I still went Downtown regularly for work, one of my favorite lunches was the Bae Bae’s Kitchen. They have many combinations of mains and sides, but the Korean Fried Chicken has become my favorite. It has a unique tempura batter. The chicken is always still juicy. It is served with a wasabi honey sauce. With a side and a small salad it could easily feed two people or one food blogger who eats too much. 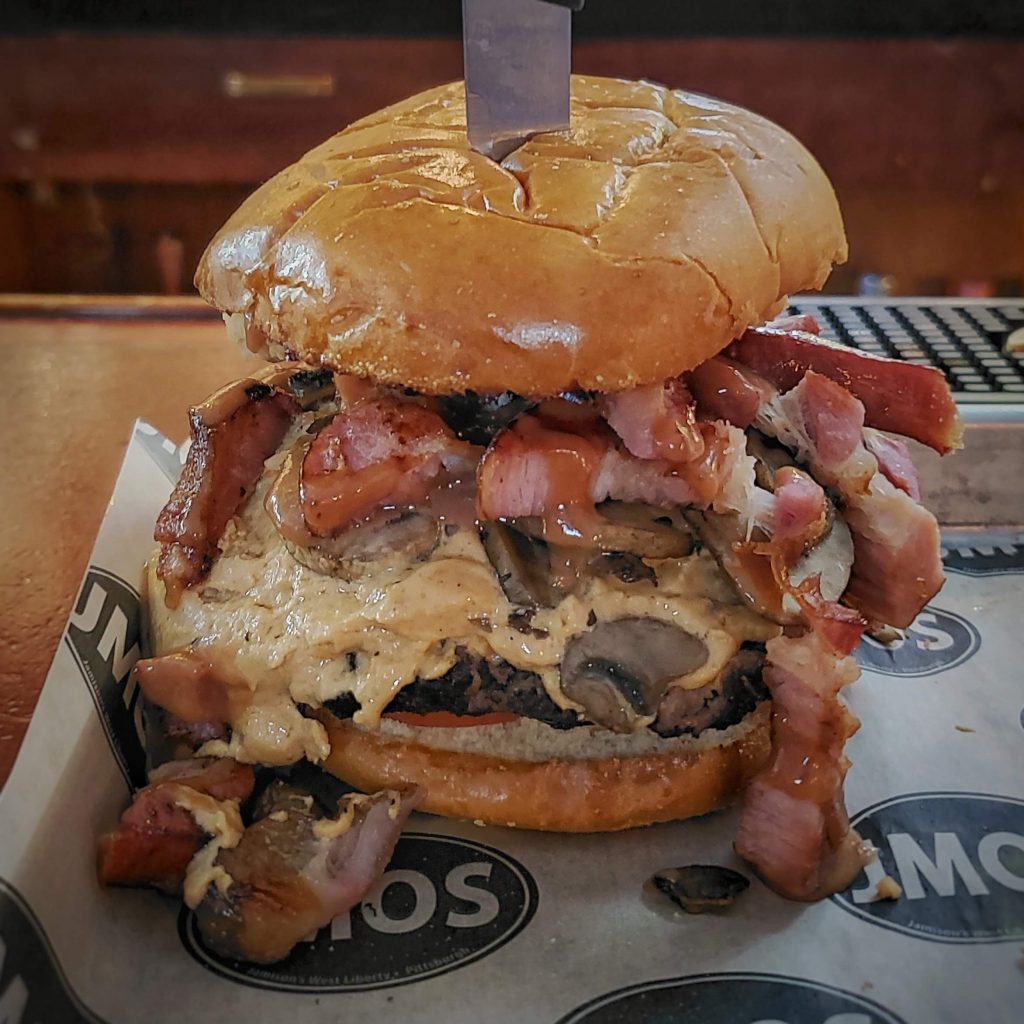 This was a place I was missing out on until only a couple years ago. I live super close. I would pop in on Parade Day, but I wasn’t getting the food. I learned right before the pandemic Jamison’s has fantastic food. Their burgers are thick, juicy, have some great topping combinations and have won local awards as best burger. The wings, the mac & cheese and anything with “basi” are great too. 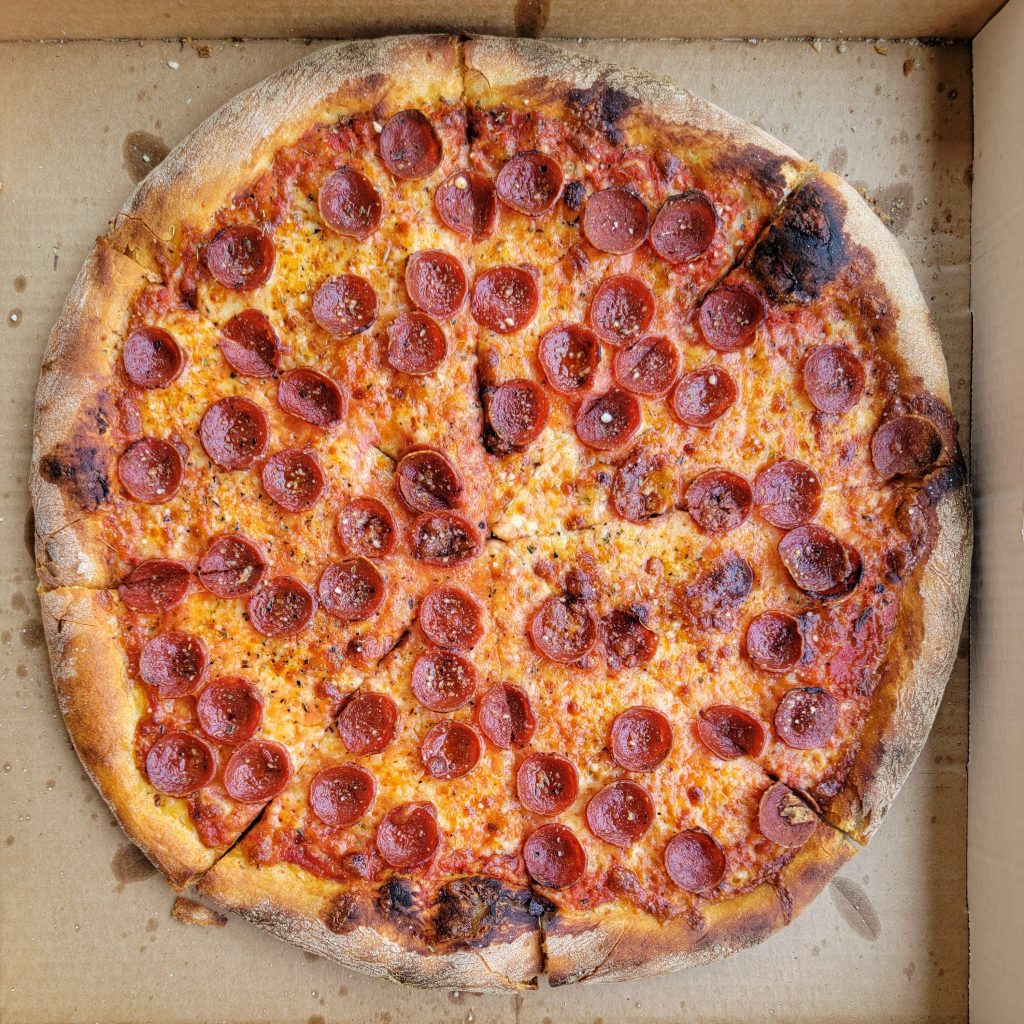 I grew up on NY Style pizza. After moving to Pittsburgh, I discovered very few places that made NY Style pizza. It was common to have a thicker crust, a sauce that was too sweet and too much cheese. In the years since, I have discovered a few places that are making a real NY Style pizza which are pretty good, but my favorite so far is the pizza at Pizzeria Davide. It’s the only place I have found to have a thin and crisp crust that is baked evenly, a sauce with flavor and the right amount of cheese, all to my liking. They also have an incredible cheesesteak that shouldn’t be missed. 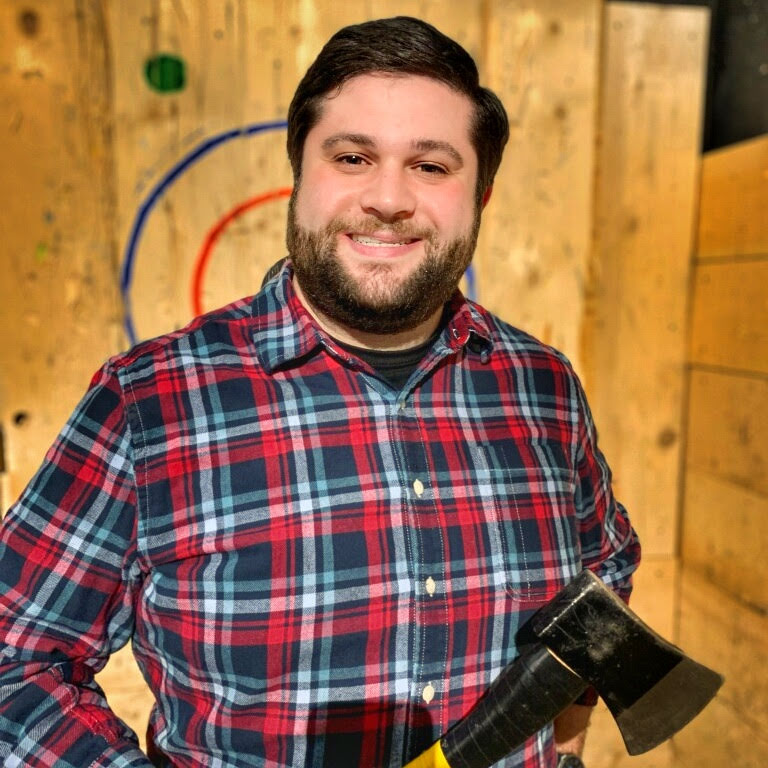 Alex Goodstein is a Pittsburgh, PA based food enthusiast and food blogger. He started Alex Eats Too Much in August 2017.