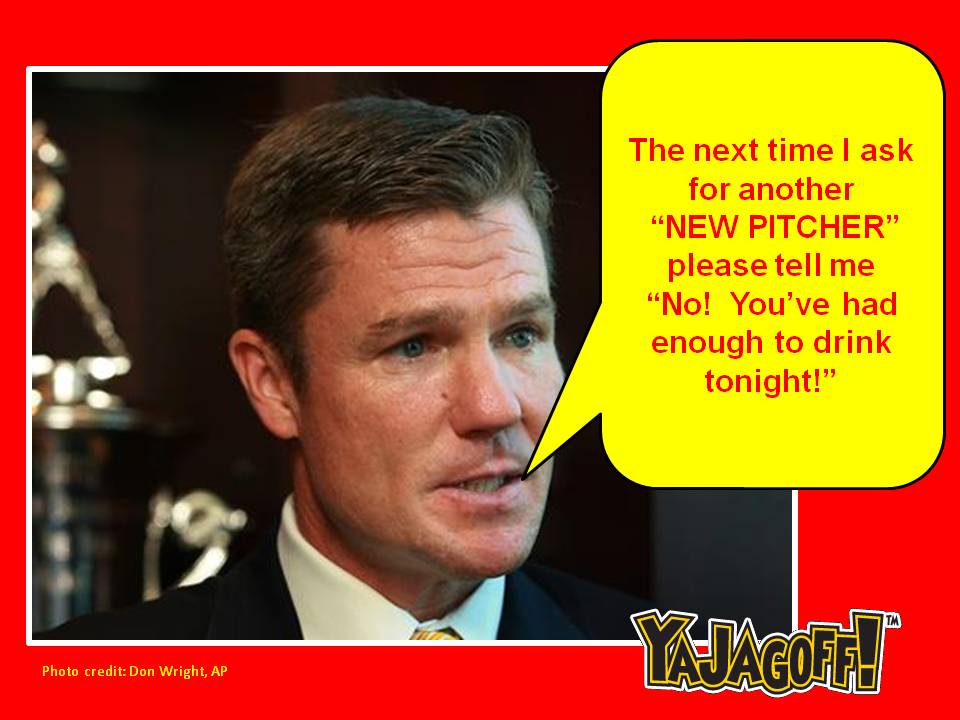 Typically, you will never see us making fun of drinking and driving. We have personally witnessed the tradgey brought on by it. What we WILL take a shot (no pun intended) at are those pompous individuals who are able to get DUI’s and not have to address them until the secret gets out 2 months later.

Enter, the Pittsburgh Pirates president Frank Coonelly who apparently was charged with four counts related to drunken driving in Ross, the Tribune-Review has learned. (enitre story from WPXI)

Ross Township police arrested Coonelly, 51, of Sewickley on Dec. 22 and charged him with drunken driving, driving the wrong way, careless driving and driving with a blood-alcohol content of at least .16, according to court records.

Well, well… thank goodness there were enough of those feel-good, “Let’s get to know Clint Hurdle” news pieces offered up during the off season to keep our attention away from THIS kind of stuff. Yes, Frankie-boy, your well crafted, and SURELY heartfelt apology media statement sounds pretty good. Your video apology on WPXI even more heartfelt (despite the fact you kept your shades on).

But, we gotta tell ya, glad that your family and boss forgive you. Because, if some PNC Park Usher had the same incident, we’re pretty sure they would NOT have had the chance to keep their job. The other reason we’ll take a shot at ya is, UNLIKE some of your players, you make enough money to hire professional drivers to keep you from getting into such situations.

And going the wrong way? How lucky was someone else not to have been driving that night?

Here’s ANOTHER thing that we’re pretty sure of….. MOST LIKELY you didn’t have those drinks at the Stroll Inn in Kennedy Township. (If you’re new to this blog, click here to see how Frank and the Stroll Inn made national news last year.)

Frankie-baby, we know you have a quick temper and, we just hope that, from now on, when you’re mentioned in the news about wanting a new “PITCHER” you don’t get snippy if we respond by asking, “Budweiser or Iron City” Ya Jagoff!!!!

CLICK HERE TO SEE THE BEHIND THE SCENES VIDEO OF THE GUESTING ON Q92.9 MORNING SHOW

#Buctober Wednesday Video (Please SHARE) We are yakkin’ with Pittsburgh Pirates​ broadcaster, Greg Brown about the Pirate Parrot and he tells us how much better...

Should We Ban the “Woo?”

So if you’re at OR watching the Pirates games… (and soon the Pens games) you will hear random fans yelling a high-pitched “Wooo!”... 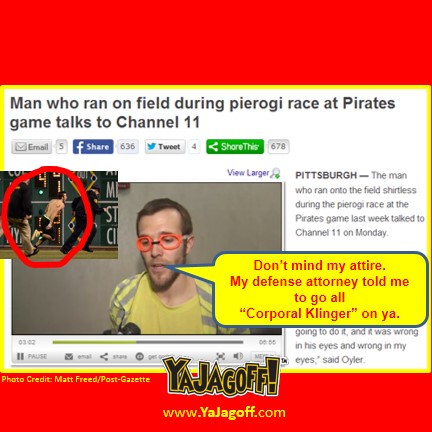 This guy interrupted the pierogi race.  He agrees it was a bad thing but now he says he has a wild god, he wants... 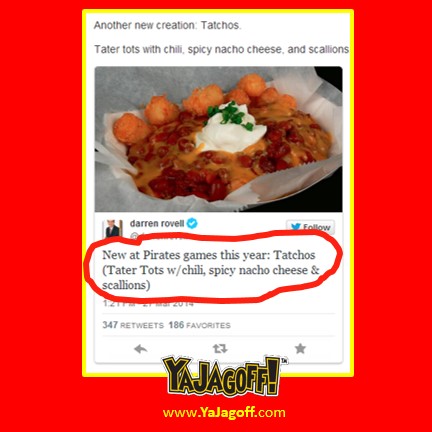