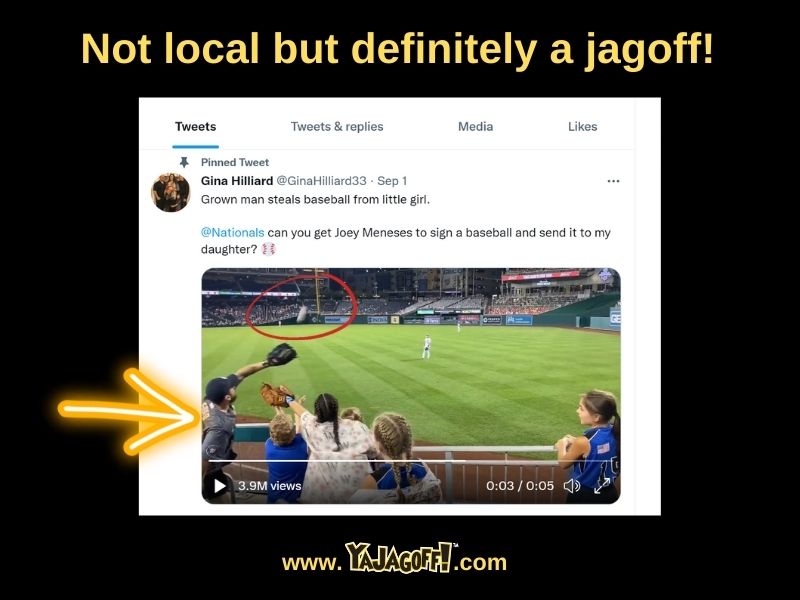 We realize that this blog is s’posed to be about people making the rest of of Pittsburghers look bad by being dumb criminals, stupid politicians, bad drivers, etc. but this video has too much jagoffery in it to pass up.  We saw it on twitter thanks to Voice From the Graves, who used the hashtag #jagoff when sharing it! Watch the video in the tweet below and tell us it doesn’t make you more mad than being in traffic at the Fort Pitt Tunnel behind someone who slammed on their break just as they hit the entrance despite nobody else is in front of them!

Dude.. you’re an adult at a baseball game with a team jersey and a mitt?  Aren’t you supposed to be more concerned about beer, hot dogs and nachos?  Instead, you jump in front of a bunch of kids to catch a ball from a player?  A ball that you can spend $5  of our own money to get??  Go sit down in your seat and play outfielder in the field of dreams in your head! Thank GAWD you didn’t try to make a sliding catch just to impress yourself.. YaJagoff!

Thanks to Voice From the Graves, Jomboy Media, and GinaHilliard33 for being our Honorary Jagoff Catchers!