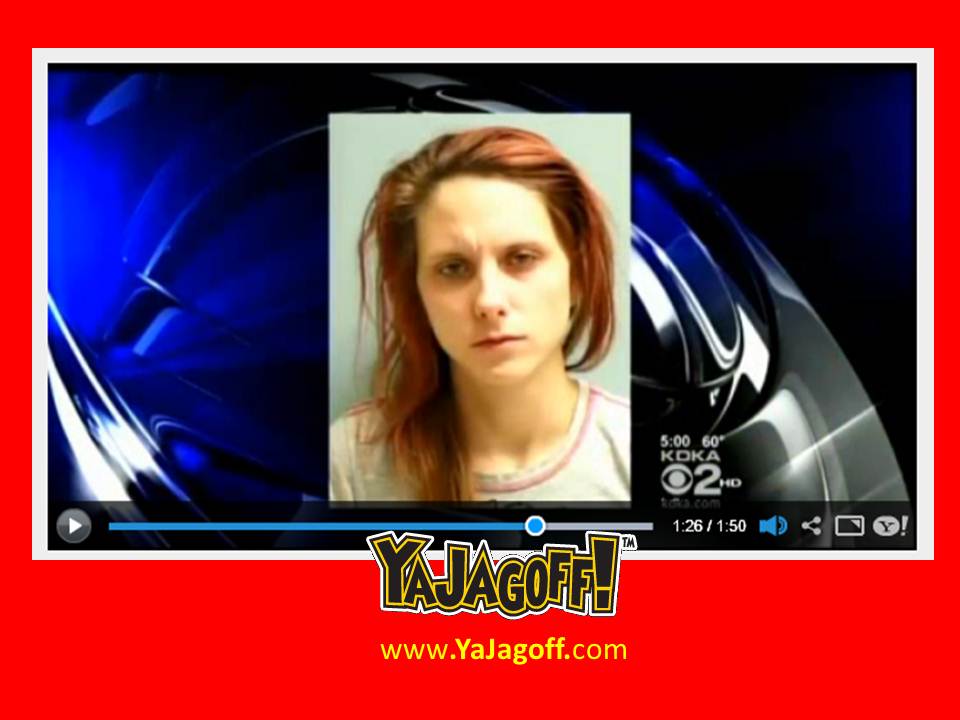 Either way, have you EVER known anyone to get to the end of the song??  Usually the crowd gets bored, loses count or nods off before the song gets to “1 can of beer on the wall, 1 can of beer.  Ya take one down.  Ya pass it around……..”  Well, it appears that you’re one lucky S-O-B if you’ve never gotten to the end because it’s quite dangerous.

This story from KDKA-TV (watch the video) made it all the way from Greensburg to Yahoo.com news and, ya know what THAT means….anyone that makes the rest of us look bad, especially nationally, gets posted here.

It seems that Vanessa Robinson of Greensburg and her beau, James Gallone, got to the end of the song and only had one more beer left.  They allegedly got in a fight over who was going to drink the last beer.  And we’re not talking an arm-wrestling match.  We’re talking FIGHT.. with KNIVES.. where the beau ends up at the hospital getting stitches from the knife-wielding-Vanessa who was determined to drink that last beer.. a Colt 45.

WOW… wonder how she acted toward the person that ate the last of the Thanksgiving stuffing leftovers in her house????  Now THAT might actually be knife-wielding material in OUR minds!!!

Vanessa and James, thanks so much for revealing the horrible and unsafe manner at which that silly song ends.  You have taught all of us a valuable lesson.  We’re just not sure which lesson:

LESSON #1: Don’t ever get down to the last beer because it could REALLY ruin the party

LESSON #2: Don’t ever get to the end of that silly song because it’s as dangerous as dreaming that you’re falling hitting the ground before you wake up!!!!

By the time this story is over, you’re probably going to be sooooooooooooooo famous, as a couple,  that you’ll probably earn yourselves one of those celebrity-combo names like JA-NESSA.

You can probably get the government to fund it, Ya Jagoffs!!!