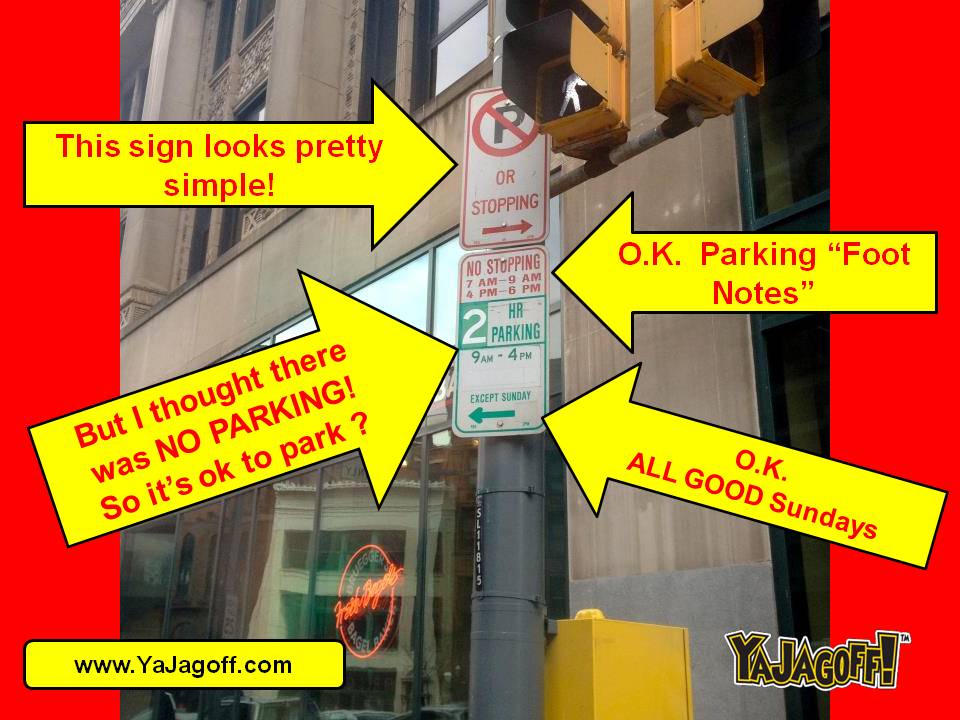 As you know we did a little fill-in spot on Q92.9 FM morning show last Friday.  Click here to see our little video.

As you may NOT know, one of their female listeners, Kerri Dawn, went in on Monday as a listener fill-in.  Just like us, she had to be at the downtown studios, on Smithfield, before 6am.

When Kerri got there, she saw the above series of parking notes, cliff notes, subtitles and footnotes.  In a hurry, she THOUGHT it was ok to park in the Green Zone but not in the Red Zone until 9am.  Here’s what she wrote on our Facebook page when she sent us the above pic.

Ok to park in Green, bad to park in Red, except for these times, but Sunday, it’s all good, blah.. blahh…blahh-blaah!  Sounds like that scene from the old movie “Airplane:”

Now we can’t blame the police, if they had her car towed, because they would have been just doing their job…. making sure that Smithfield Street is open and PASSABLE during rush hour (except for the buses that stop every two blocks even on green lights, garbage trucks that stop every at every public receptacle to empty it, office supply delivery vans dropping off yesterday’s overnight photo copy order and those other jagoffs who have to drop their spouse of right in front of the office vs. at the previous red light.)

Hey, whomever you are (cuz we have no idea who creates these most-liveable-city-easy-to-comprehend signs) someone sure knew how to keep wording simple when they raised the meter rates to 25-cents for 7.23452 minutes on downtown streets.  It was pretty much, “It’s now 25 cents, SCREW YOU.”   So how about for THESE signs, something ORIGINAL like, how about just PARKING HERE and NO PARKING THERE, Ya Jagoffs!!! 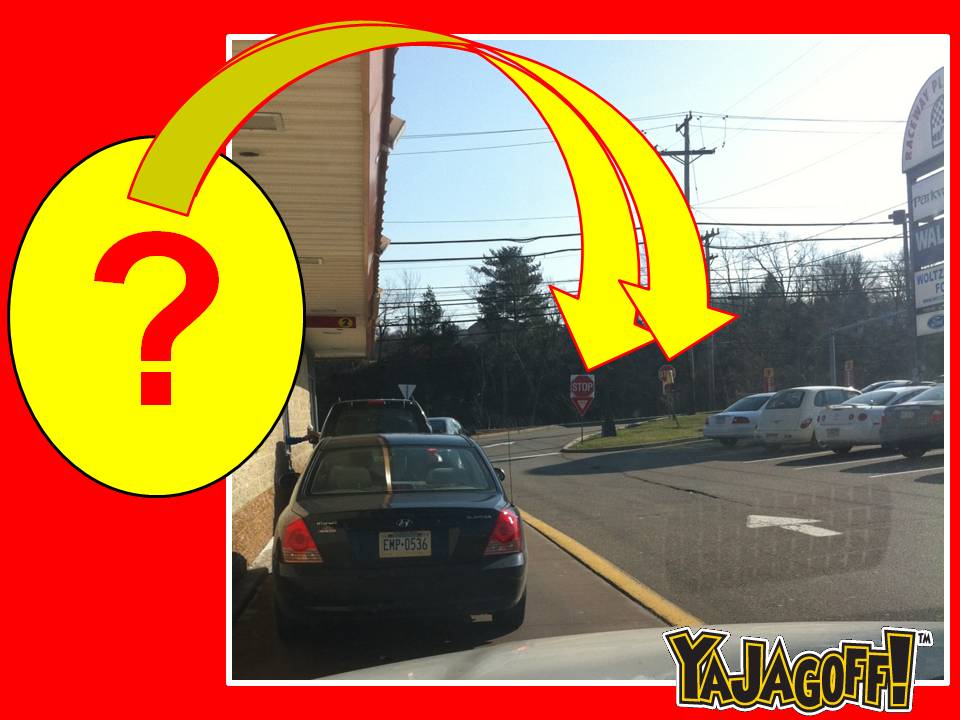