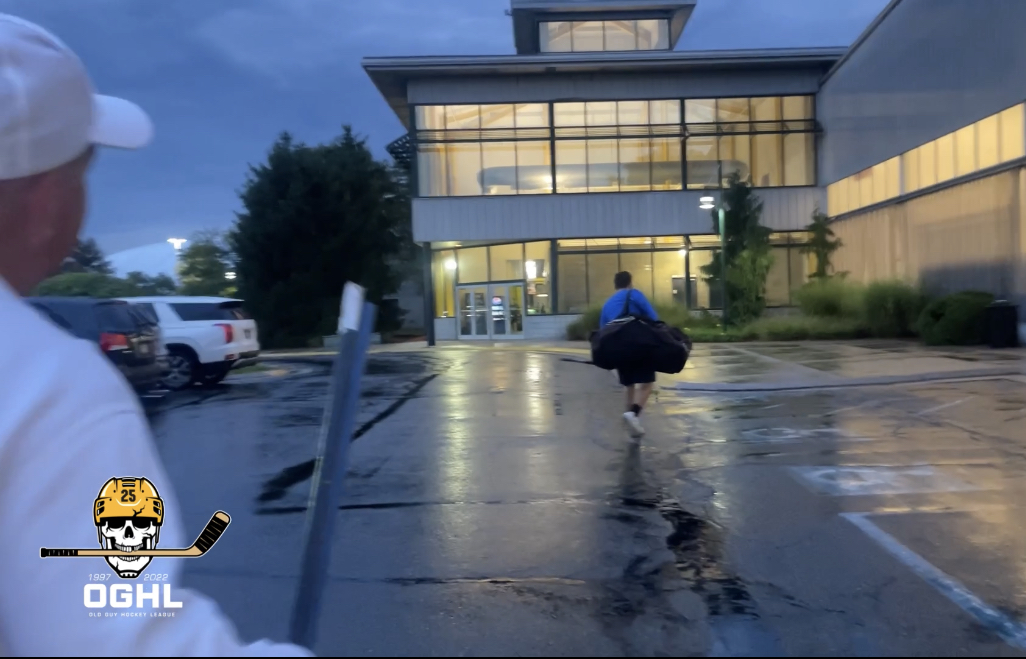 The seeds of the OGHL (Old Guy Hockey League) were sown at a summer picnic on the 4th of July some 25 years ago. After a few beers, and a little coaxing, one of our founding members was convinced to suit up in some street hockey goalie equipment to let people fire pucks at him. That goalie bought in, and it led to a primitive roller hockey game two months later.

It certainly didn’t look much like roller hockey when it started. The goalies wore work boots, and most of the players had skates, bicycle helmets, and street hockey sticks. In fact, most had to remove the brakes from their street-ready roller blades, but no major injuries, so we continued to play.

Six of the 12 original players from that inaugural evening’s game continue to play just about every week, forming the OGHL. Each week players would show up with more and more gear, especially after an injury.

Most of the original members were in their early to late 30’s when we started. Today, ages range from 60ish to the 20 somethings. Guys have come and gone…some never to be heard from again. We introduce new guys to the group as needed, and by referral from a current member.

Skills can’t be too good or too bad.  The most important criteria is being a “good guy.” It’s a formula that works. Today, after 25 years, the OGHL has a dedicated core group of guys. somewhere around 15 and 20 regular members. With no end date end date in mind, the mantra remains as long as we have goalies, we’ll have the OGHL.

From the Stats Desk – Each Week Is a Pick-up Game of White Jerseys vs. Black Jerseys

DISCLAIMER: Stats are only for the last 3-4 years since the statistician started keeping records on a computer vs. the initial abacus