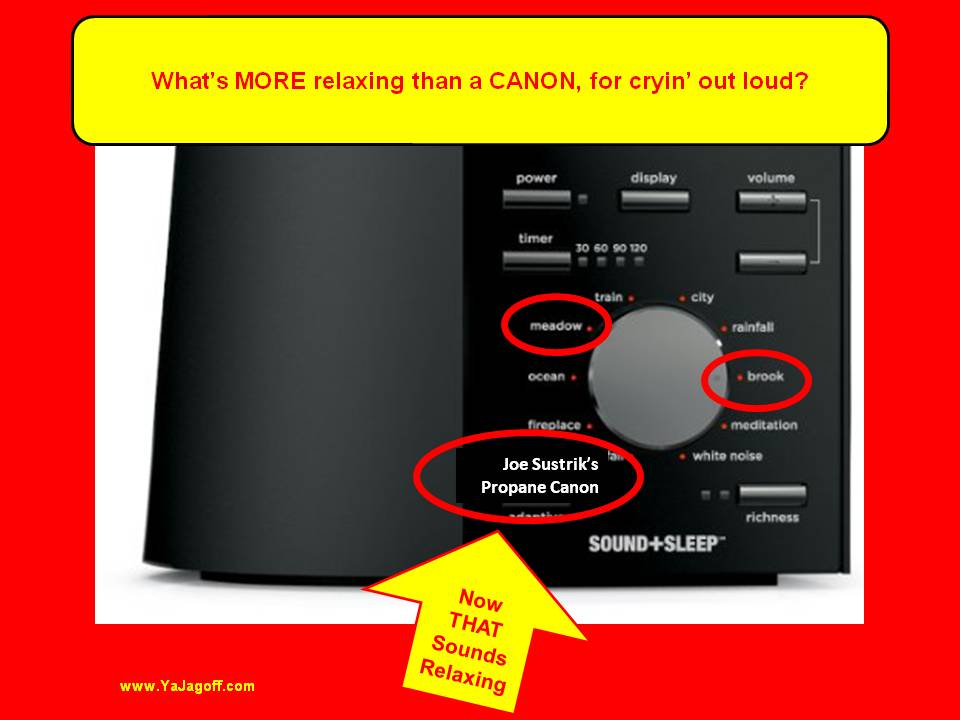 Ahhhh who WOULDN’T want to relax and sleep to open windows, fresh air, crickets, babbling creeks AND CANONS EVERY 10 MINUTES!!!

And if you can’t get that, no worries, just go purchase our new sleep-sound machine that includes some of Joe Sustrik’s RELAXING down-home propane canon noises.

Joe was interviewed by a number of news media.  He says he put the canons out to chase away crows from his crops during the day.  Then, because some deer come around at night, he lets the canons run through the night, EVERY 5-10 MINUTES!!!!  The funniest thing is, he says he doesn’t understand why they neighbors are so upset, afterall, he sleeps through it all!!!  (Keep in mind Joe’s and elder and we will respect him, but we’re thinking that he walks around sayin’ “WHAT?” and “HUH?” to the ladies AND HE’S NOT FAKING IT LIKE MOST OF US GUYS DO!)

Joe, watching the video makes us like you.   You’re someone’s grandpap, and a farmer to boot!  That deserves respect.  But REALLY?

By the way, we did some investigative journalism and checked into Joe’s credit card records.  He is NOT one of those people that stays up all night purchasing VEGETABLE MASHERS and SMASHERS, EXERCISE EQUIPMENT, GET RICH RIGHT FREAKING NOW VIDEOS or ROSETA STONE- LEARN TO SPEAK MANDARIN CDs.  We think he actually sleeps!!  (We were unable to determine, however,  if he covers his ears with Numark Red Wave Headphones and an iPod mix of Merle Haggard and Wiz Kahlifa while he sleeps at night.)

Joe, who’s someone’s grandpap, we’re struggling with calling such a nice older man out on this.  But, SERIOUSLY, the only thing that your neighbors have asked is that you stop the canons at night.  Can’t ya hook up some Dyson fans and point them at some of those deer whistles to keep the deer away AND also provide a soothing sleeping audio, Ya…(oh man, struggling for the first time)… Ya….(oh man, sweating), YA JAGOFF!!! 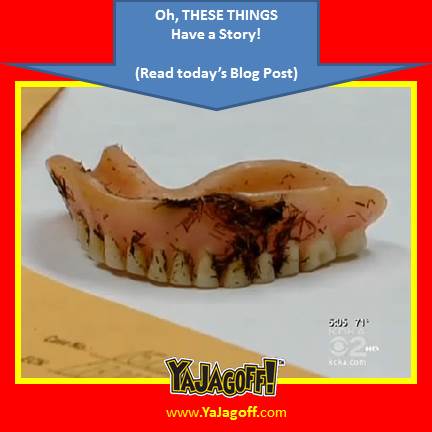 If you think that picture of the dentures loaded with tobacco is disgusting (cuz looking at it kind of give ME a little...