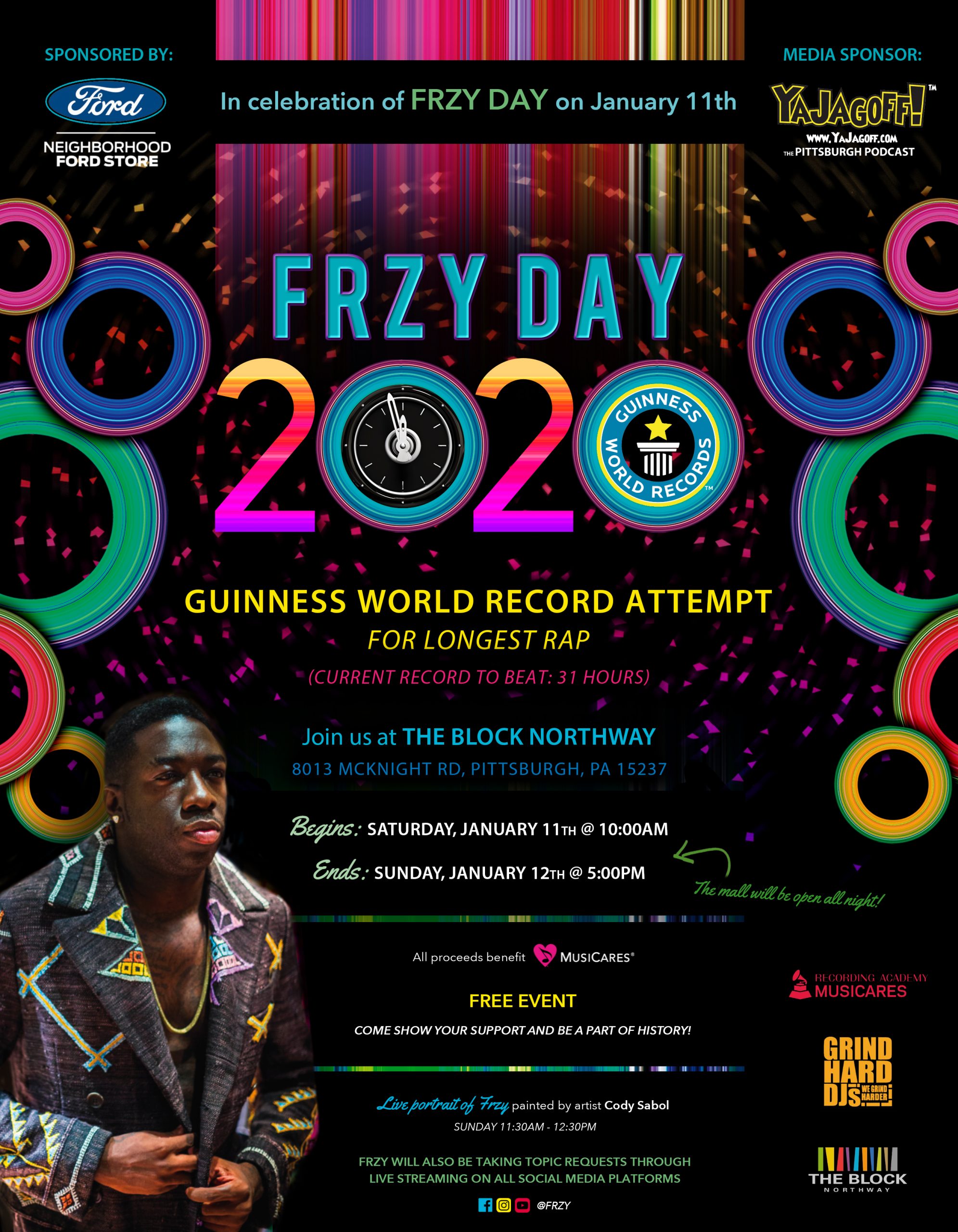 Harvey ‘Frzy’ Daniels, Pittsburgh’s Emmy award-winning rapper/musician, will attempt to beat the Guinness World Record for longest freestyle rap on the 1-year anniversary of Frzy Day, which was given to him by the City of Pittsburgh on January 11th, 2019.

The Block Northway will host the Guinness World Record attempt which will run from Saturday, January 11, 2020, 10am until Sunday, January 12, 2020, 5pm, a total of 31 hours.  The entirety of the event will be open to the public and media. The event will also be live streaming across platforms such as Facebook Live, Instagram, YouTube, and Twitch. To help Frzy accomplish this global record, there will be non-stop music by 13 DJ’s from Grind Hard, 26 producers, and interactive games.

Come be a part of history!  Record your name at the event, and once the attempt is approved, you will have the opportunity to send away for a certificate from Guinness World Records to prove that you were a part of this historic event!

For a donation, Frzy will free-style rap about whatever you want (within good taste.) All proceeds of the sponsorships, and any in-person and/or online donations, will benefit  MusicCares, a non-profit that provides preventative, recovery, and emergency assistance to safeguard the health and well-being of music people in need.

Wait! There’s gonna be gold in that there mall too!  Neighborhood Ford will have Frzy’s famous all gold Mustang GT on site and Frzy is bringing his Emmy Award to display.

Access Logistics: The event will be on the upper level, near the top of the staircase.  All entrances of The Bock at Northway Mall will be open during normal hours of operation.

From 9:30pm, Saturday to 8:00am, Sunday, guests should enter the South Corridor – Upper Level through the entrances located near Lands End or DSW.

The Block at Northway Mall