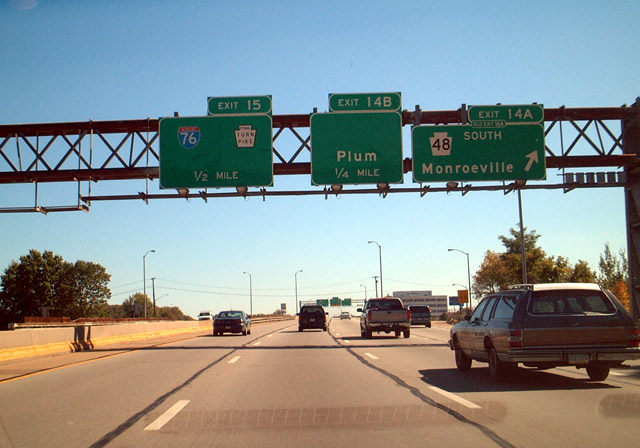 Ya know when you are sitting in your car in multiple lanes of stand-still traffic and you start to daydream then the car next to you pulls forward and you PANIC thinking that your car is drifting backwards so you stomp on the break pedal?  Well, that’s KIND OF  what happened here.

We received this email the other day:

“I was driving on Route 22 heading towards Murrysville.  As I passed the on-ramp for the Turnpike on the other side of the road, a jagoff in a black minivan was backing up on 22 because
he missed the entrance!  As it is illegal to back up on any road regardless if you use the shoulder or not, he did it!  He also turned his van and took both lanes up.  He created a cluster @#$@#”

Seems that our man in the black mini-van missed at least 3 different signs pointing him to the Turnpike including one that’s ONLY about 4′ x 4′ with an extra arrow pointing to the on ramp that says TURNPIKE! 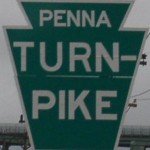 So because we give everyone a fair chance to defend themselves, we found Mr. Minivan and asked him directly WHY he was backing up the wrong way during rush hour causing a panic.  Was it because he was on the phone and yelling at the kids to turn the DVD player down while trying to hold his EZ PASS up to the windshield and at the same time trying to tune in DVE’s  Mike Prisuta’s “Steelers Report from Latrobe?”

Gosh no!  As it turns out, Mr. Minivan drives EVERYWHERE backwards.  He told us that driving backwards keeps him from racking up the mileage on he and the wife’s pleasure van so that, when they trade it in on an updated 1998 model, they can get more than Blue Book for it!

Hey Mr. Minivan, we suggest, driving backwards, ESPECIALLY during rush hour on busy roads, is somewhat of a hazard to your health AND your minivan’s Blue Book value.  In the meantime, we have requsted PENNDOT and the Turnpike Commission to install more signs that say, “Just In Case You Missed The Last 7 Signs For The Pennsylvania Turnpike and Don’t Have a Nagging Wife or Female GPS Voice To Tell You How To Drive, THIS IS YOUR EXIT, YA JAGOFF!” 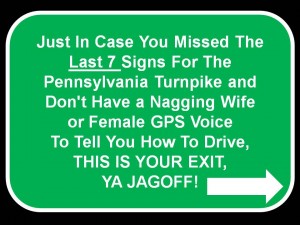 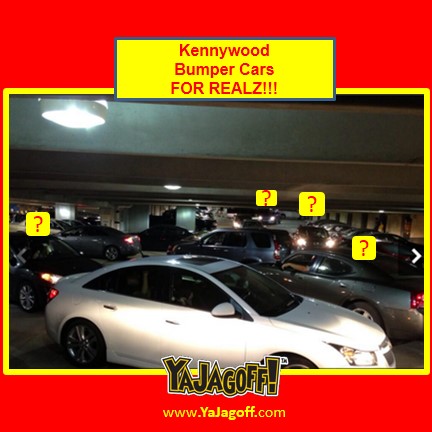 You’ve been there… after a hockey game, after a Steelers game, Pitt Game, Pirates game and even after church! ESPECIALLY church!!  All of... 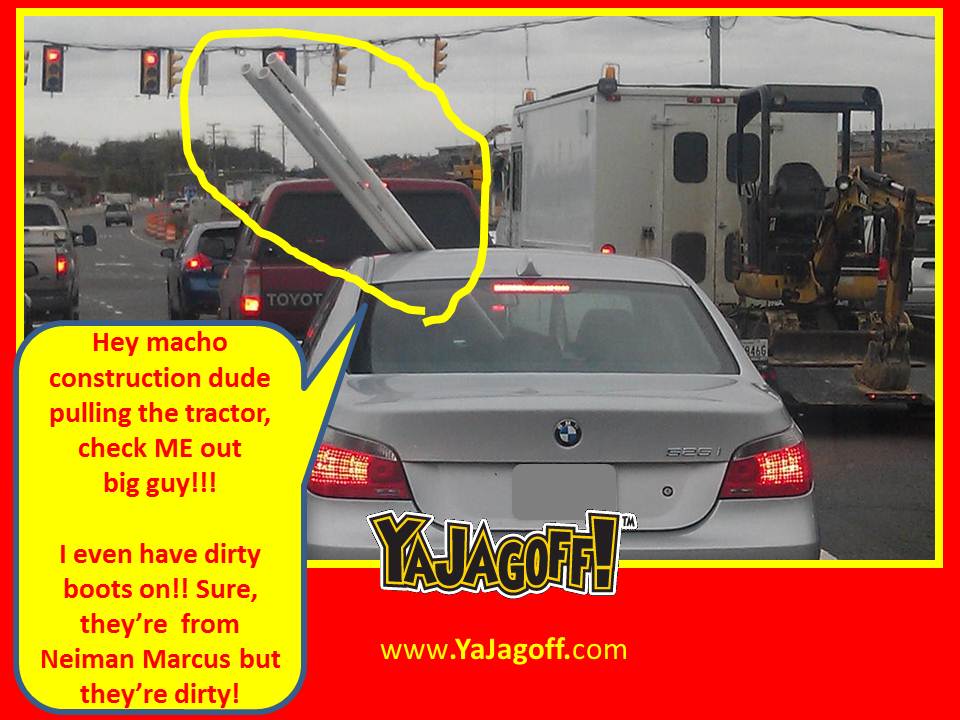 (Travel has me tied up so recycling this post. It’ still relevant.) The above photo (minus our Jagoff-astrator notations) came to us with this... 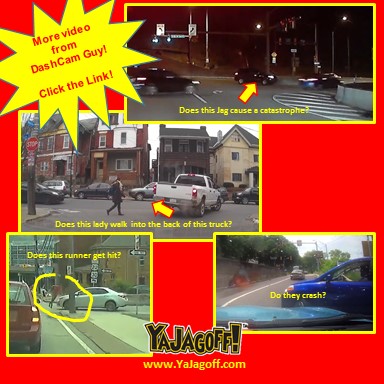 You know you’re in trouble when you’re on a road with 1 car in front of you and dozens of them behind you (and...