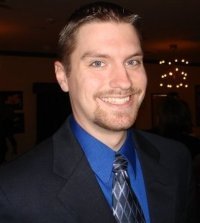 Got in the car last night.  Turned on the radio to get an update on the Penguins hockey game.  Mike Lange announces its the 3rd period and the Penguins are down 4-1.  Thank GOD, I ran 2 red lights to get home and see the end of the game.  In case you missed it, the Peguins won the game in GRAND, and I mean GRAND style!

“I bet all those #JagoffsLeavingEarly are real pissed right now”

That’s RIGHT!!  Imagine how many people left early last night, trying to get a jump on traffic or whatever.  And here WE are running red lights.

This caused us to go back and find the December Guest Post from Casey Shea, Pens Blogger, (Shea-ved Ice) for KDKA. Go see Casey’s REAL blog HERE!  In the meantime, here’s Casey’s Guest Blog from December that makes TOTAL sense for today.

One of the best things about moving to Pittsburgh is being surrounded by Penguins fans.  No longer am I in the minority in rooting for the flightless birds.  However, I’ve noticed a disturbing trend while attending games over the last couple of seasons.

The rest of this will be dedicated to those of you who leave close games with five minutes to play in the third period. I would love to know the rationale for spending good money to watch 55 minutes of hockey. Last I checked, the ticket entitled you to 60.

Oh, and guess what? There’s a very real possibility with this team that you’ll see overtime and possibly a shootout. Sounds like the best kind of added value to a ticket to me.

I could be wrong here, but the outcome of a game isn’t officially known until the clock hits zero. I hear scientists are still proving this theory. Regardless, why are you in your car on the Parkway while the game is still being decided?

I’ve been fortunate to attend two games this season and both were close games. On both occasions, half of the building emptied out in the final moments.

One of those games was against the hated Caps. The Pens were down by a goal late and people started to file out.

Really? Are you kidding me? It’s the Capitals! Your team needed you!

If there’s one thing I’ve learned from watching sports my entire life, it’s that you never, under any circumstances, leave a game early. You never know what can happen.

Maybe the Pens pull off an amazing comeback in the dying moments, maybe a milestone gets set, or maybe, just maybe a goalie fight will break out.

I’m proud to say I was there for Johnson Vs. DiPietro and yes, people had already started to leave. The ones who crack me up are the people who begin to file out, something big happens and the mad dash is on to get back to their seats.

While a small percentage of them may just be using the vast amount of stairs to get a quick workout in, the overwhelming majority of these people could have avoided this situation by simply sitting in their seats.

It’s not like a couple thousand people unanimously decided they would take a group trip to the restroom. We all know what you’re doing and where you’re going. You’re not fooling anyone.

Based on very rough math, let’s say at minimum you spent $70 on the seat. By leaving five minutes early, you’re wasting $5.83.  If you’re feeling that charitable, there’s some great causes going on in Pittsburgh, including the one right here on YaJagoff.com that would love that kind of funding.

To summarize, the next time you think about leaving a game early, I strongly urge you to reconsider, Ya Jagoff.

OUR TAKE:  If we paid $200/ticket OR were GIVEN a $200/ticket to see a Pens game, we wouldn’t give two SHITS about traffic or getting home to get our make-up or those uncomfortable dress shoes off.  We’d still be clutching to the seats as the janitorial staff were trying to clean up the spilled popcorn 3-hours AFTER the game ended, Ya Jagoffs!