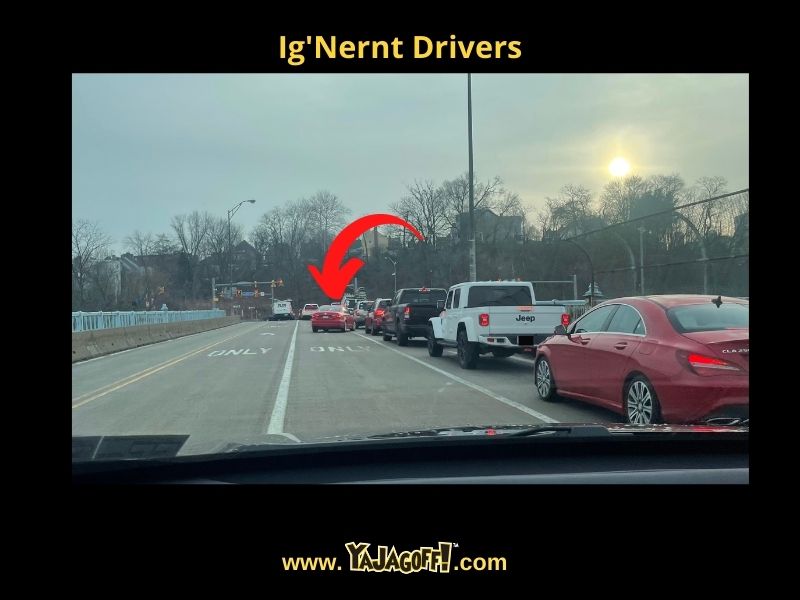 This is the intersection of the McKees Rocks Bridge and Route 65 during inbound rush-hour.

So now he makes a bad cut-in maneuver and is now blocking the left lane from going forward! I swear they could solve the city/county budget problems within 45 days if they just cited these people.