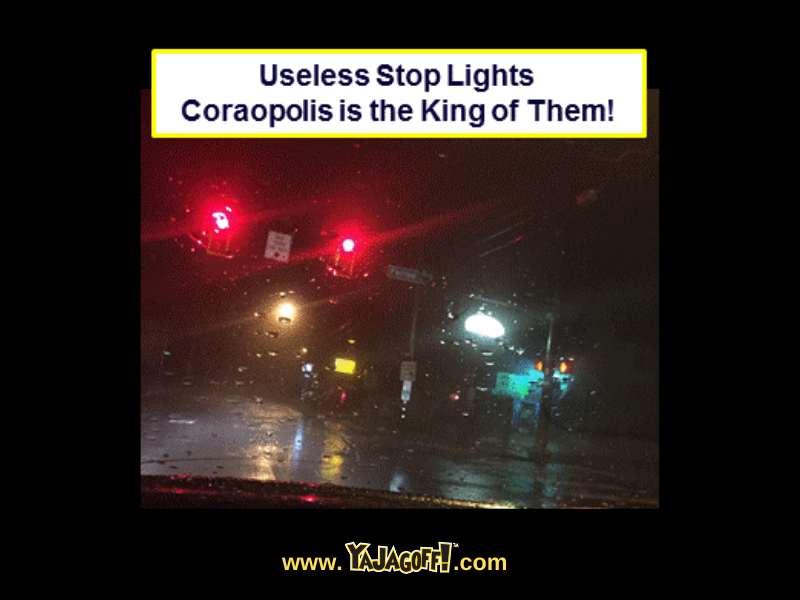 At 1am, where should stop-lights be?  In the garbage can! Especially if they are in a town like Coraopolis that has zero traffic at 1am and MAYBE just enough traffic to have a stop SIGN at 1pm!

9:40pm I load my hockey equipment into my car including some appropriately chilled beer for the boys with which to celebrate. (We don’t celebrate wins, we mainly celebrate surviving the game without being injured).

10:00pm (approximately) I arrive at the arena

01:00am (approximately) driving home (not drunk for the record)

I presented the timeline above because, during this entire time, 2, MAYBE 3 vehicles entered the above intersection.  All of them, more than likely, had to stop for a USELESS REDLIGHT!!!!

Coraopolis (and all other small towns) get some stop signs or pay me by the our to stop at your useless stoplights, YaJagoffs!!!