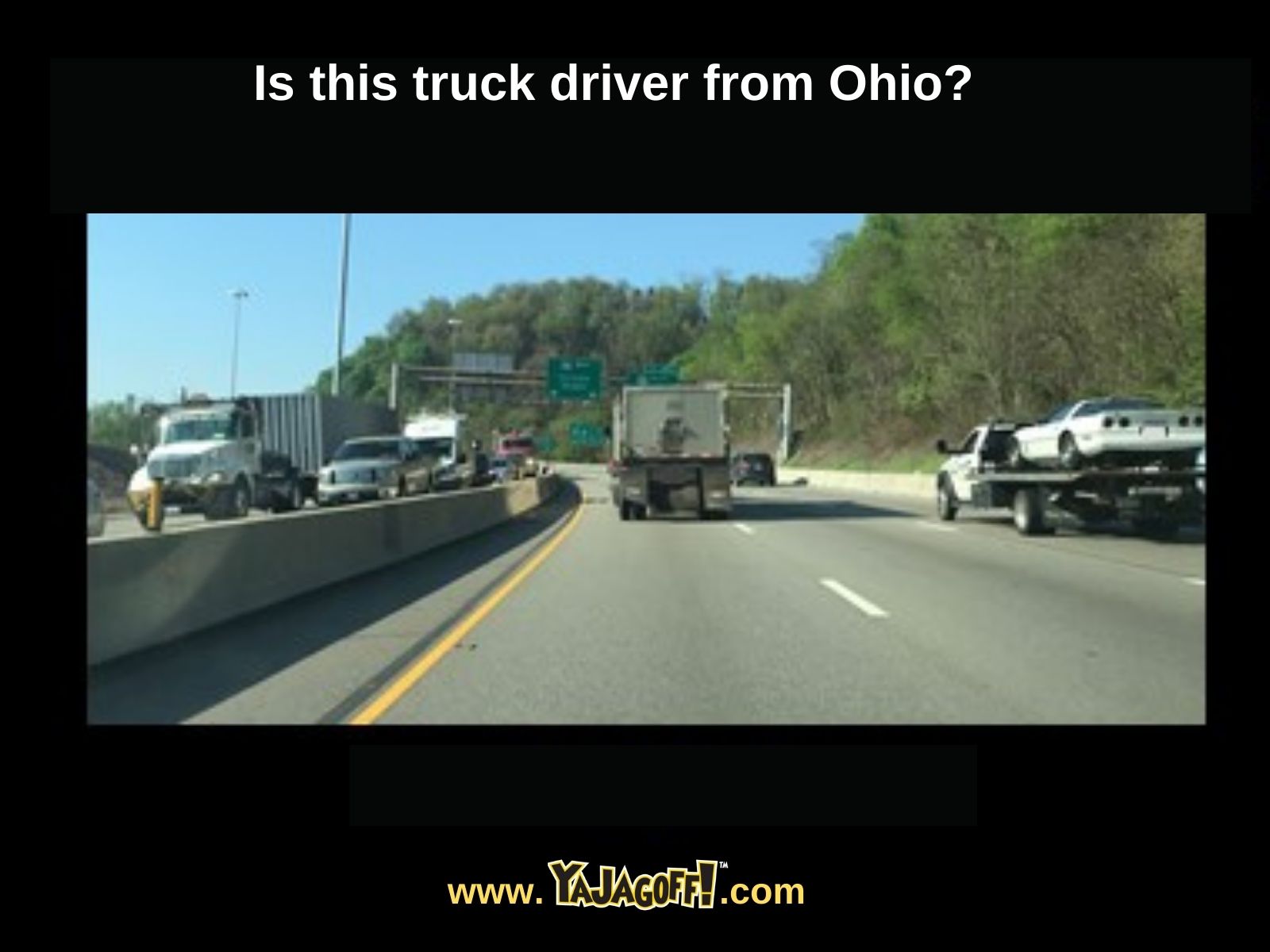 The photo above was taken on the parkway west heading out of the Fort Pitt Tunnel.  And, unless you have some special glasses on that allow you to see traffic apparitions in the right-hand lane, it would appear that there is absolutely NO REASON for the truck to be in the passing lane going up the hill just after you come out of the Fort Pitt Tunnel toward the airport.

Hey 18-Wheel-Wilbur, some of us aren’t carrying much more of a payload than a glove compartment full of restaurant napkins, dental floss, a tire gauge, make-up mirror, some Q-tips in a baggie, a pair of bent sunglasses and a cup of coffee in the cup holder in OUR vehicles which means we can get up the hill a lot FASTER than you so get out of the way.

Here’s what I hope… I PRAY that the next time you get a chance to get that thing rolling free DOWN a hill that your on a single lane road, behind a dump truck full of coal, followed by a Dodges Aries K car driven by a 50-year anniversary member of West Penn AAA driving club with a tweed hat, followed by a 95 year old lady in a Subaru Forester that has an “I stop for all bingos” bumper sticker followed by a college kid in a 1978 Piece-of-Crap piled ceiling high with furniture and STANKY dorm laundry so that you get a little bit of an understanding of OUR frustration of being behind you, Ya Jagoff!!!