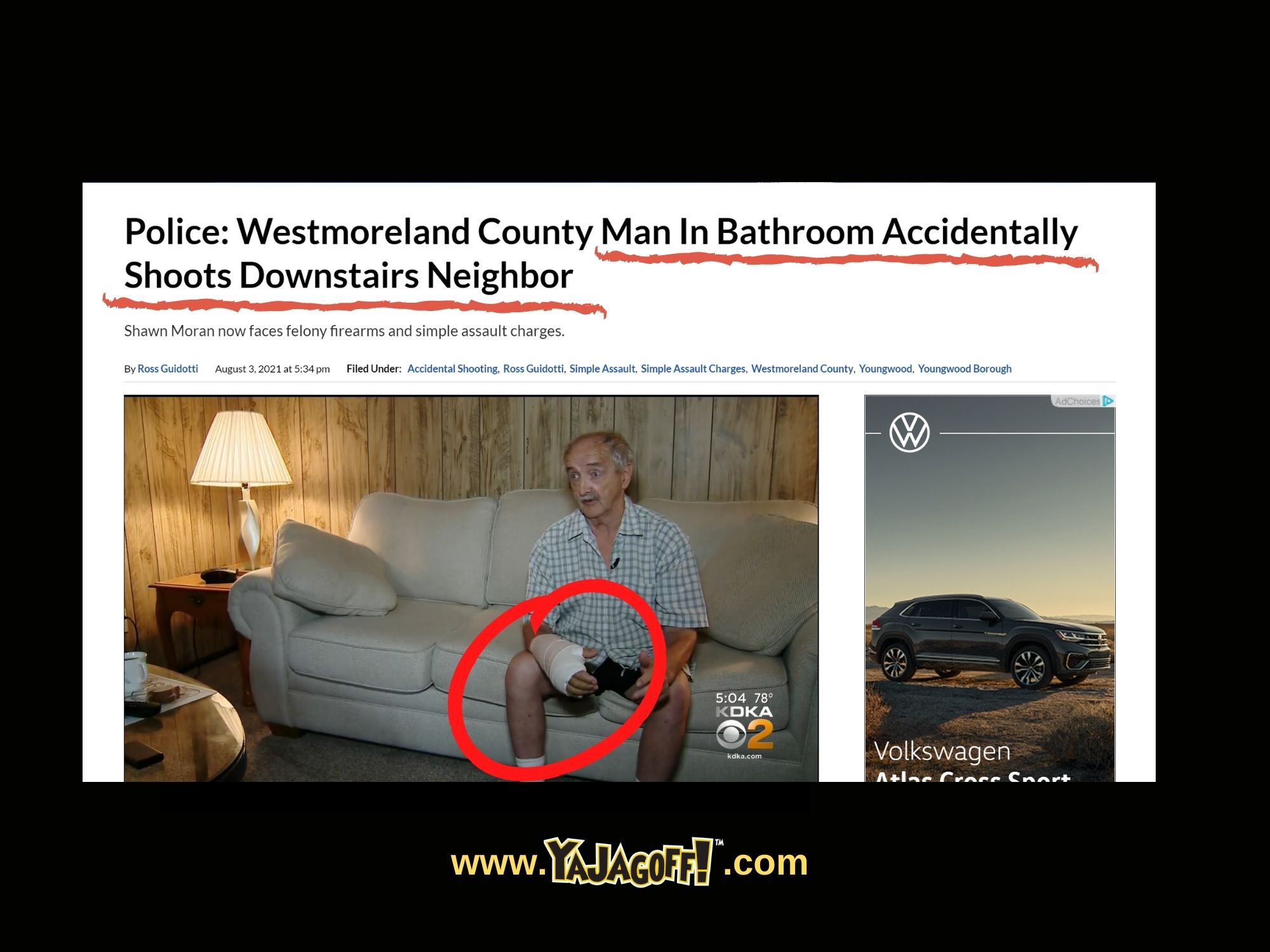 Well, the summary of this blog post is going to be, make sure ya secure your handgun before you try to take a poop!

I mean, have ya ever dropped your cell phone into the toilet or near the toilet? Of course you have.  Given that, would you ever trust  yourself to take a pee or poop while holding a freshly sharpened Fuji Knife, machete or a gun while you’re at the toilet?  I’m raising MY hand over here. Hell, I don’t even want to try and hold a rock while trying to relieve myself at the toilet. If that thing would it my instep, I’d have a major cleanup AND anguish.

But my man, Moran, fumbled a gun and shot through the floor!  So much for a safety on the gun. so much for safe gun handling and so much for that casting call to be a quick-draw cowboy! With that kind of hand dexterity, I’d hate to be the one that has to clean around the outside of your toilet, YaJagoff!