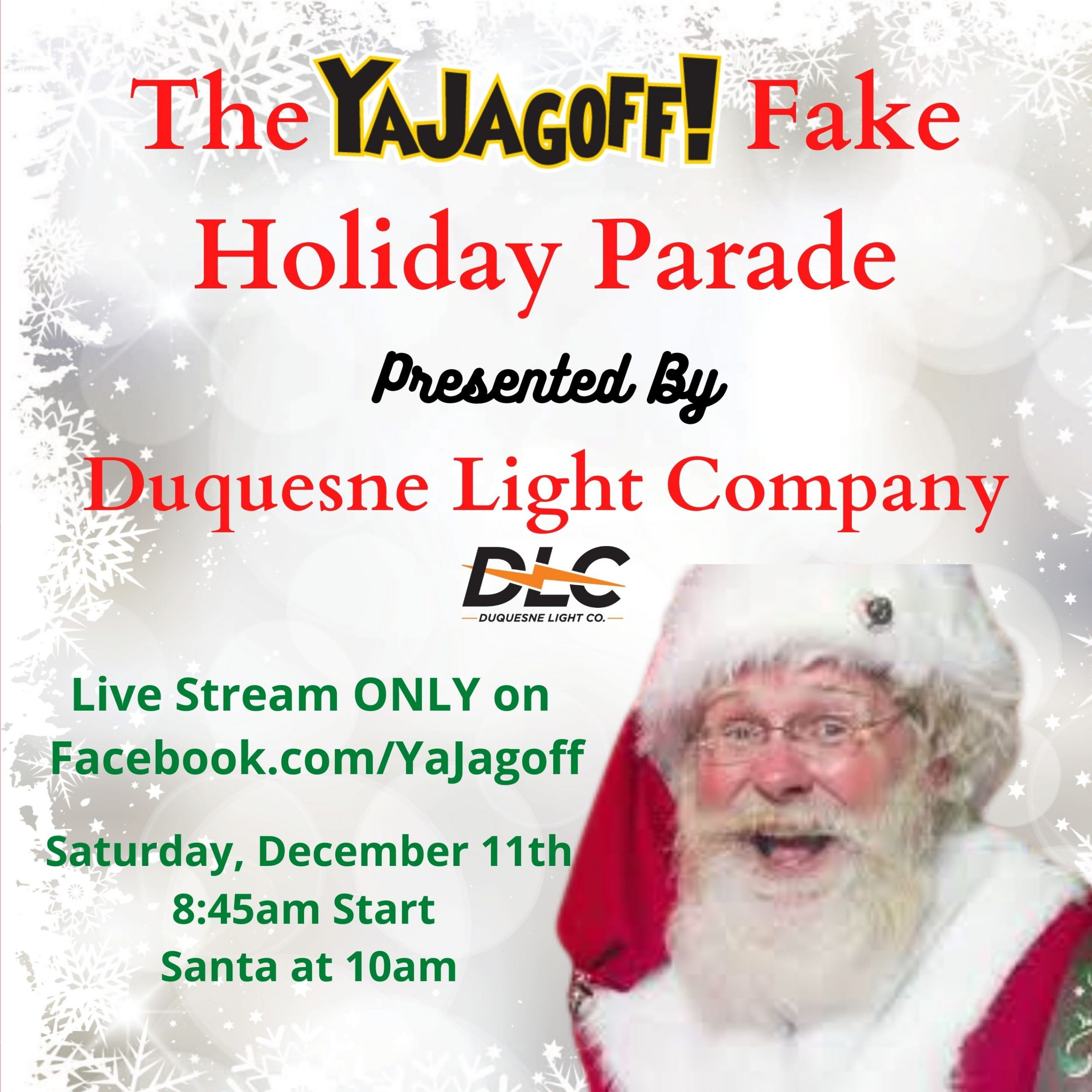 (Because who doesn’t need a way to yinzerize our yearning for a semblance of a parade?)

The best part about the parade is you don’t have to go anywhere to watch it. Just tune into the YaJagoff Facebook page (Facebook.com/YaJagoff) at 8:45 AM Saturday, December 11, 2021.  The location of the fake parade is sorta secret as to not create a crowd. But be assured, you will see some of the traditional parade attendees and some nontraditional, plus the location will look familiar.

No marching needed either. Kel on Air and Elista from 100.7 Star will interview from the red mat (no budget for a red carpet) and prep the guests for John and Rachael to interview in the stationary, fake parade.  The jagoffs will make their way through the guest interviews in a Duquesne Light Hybrid truck.  Stops include:

So, get up early, get your WORSH done, and tune into Facebook.com/YaJagoff.  No chair needed to mark your spot in the rain, but headband antlers and holiday colors welcomed for selfie tags.