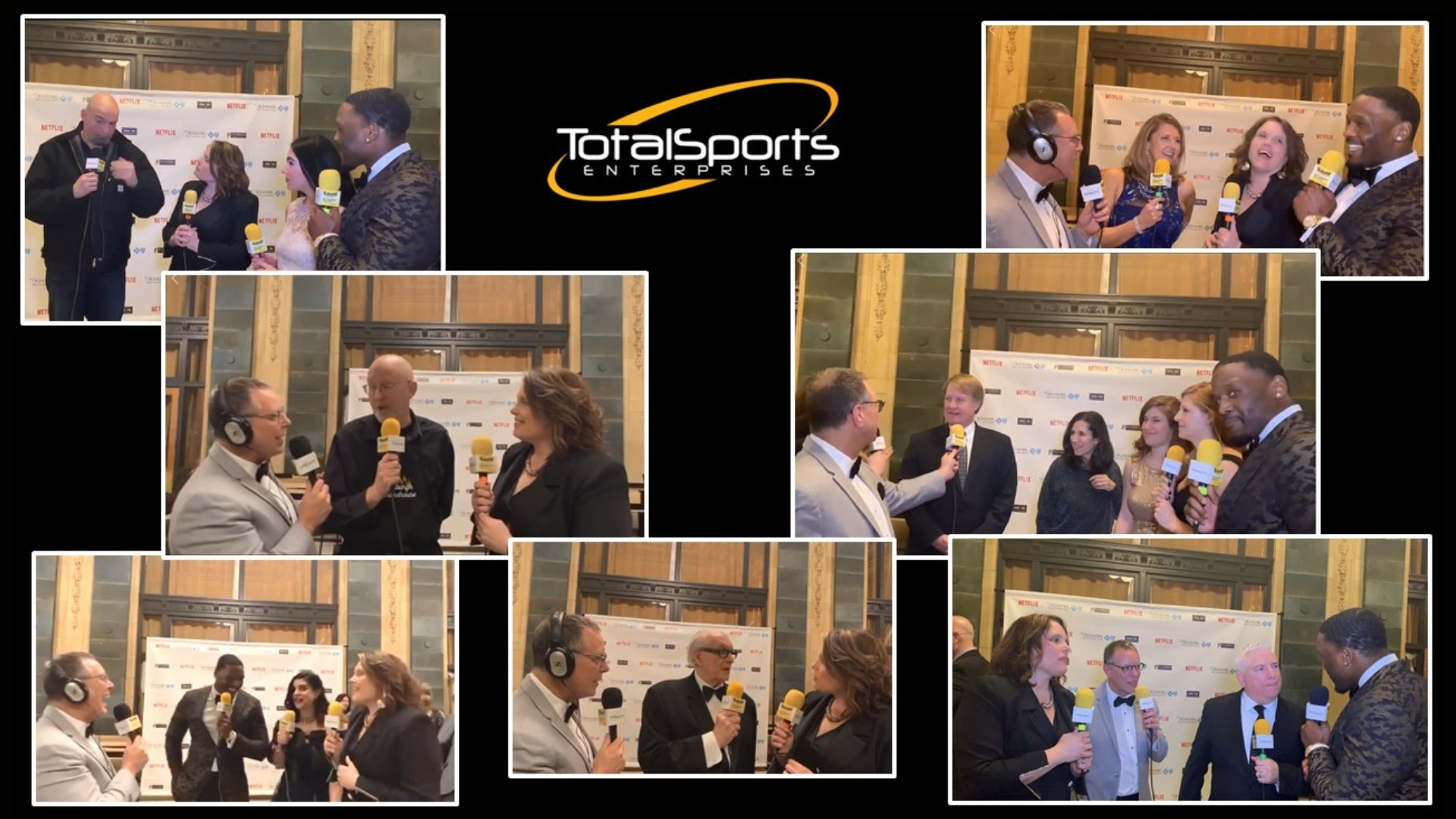 The YaJagoff team, including Arthur Moats, take the red carpet in flair and fun for Lights! Glamour! Action! at The Pennsylvanian for its Oscar celebrations hosted by The Pittsburgh Film Office.

Dawn Keezer, Director of The Pittsburgh Film Office, talks friendly cast and crew stories as well as how the movie industry in the Pittsburgh area boosted the unemployment rate by one percent in the region! Film Producer Russ Streiner does the zombie walk, Andy from Pittsburgh Smokehouse promises to hide some apps, and Pittsburgh Post-Gazette SEEN Editor and Ask Natalie star, Natalie Bencivenga chats movies before working her own magic. The Political party spotlight includes Lt. Governor John Fetterman and his wife Gisele Barreto Fetterman while Allegheny County Executive Rich Fitzgerald gives Arthur Moats the inside scoop on tax credit. All jagoffs attended from far and wide to dress their best in a night filled with a dazzle of superior ambiance.

Total Sports Enterprises is in Steelers off-season mode, so expect everything from glassware and novelty tees to lanyards car stickers to be a little less this time of year. Plus, TSE is getting ready to move into its new location on Campbells Run Road where you can catch a signing, enjoy the quality showroom of unique items, and browse our inventory of products. First let’s take advantage of the clearance. As always visit tseshop.com

Who would you support If you had to be a supporting actor/actress?

Andy is always a great guest. He made chicken wings out of tofu?

When Natalie’s at an event… it’s THE event!

The Director of the Pittsburgh Film Office … how many pairs of shoes does she have on hand at the gala?

the Lieutenant Governor says he is “arm candy” for his wife! And we get invited to the mansion to record a podcast.

of 3 Rivers Studios – finally.. Someone who helps to explain why the film tax credits are a good thing!

Rachael ison a nickname-basis with “ACE” and his fam!