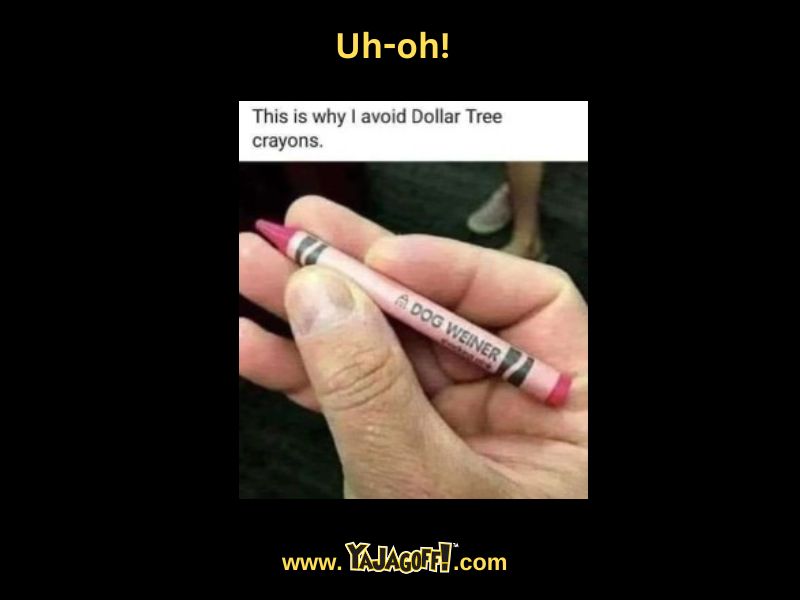 I am a total Dollar Store visitor.  DO NOT take me as an anti bargain bin jagoff.  (Just make sure you say Dollar with a thick dubya instead of 2 l’s, yinzer style.)

But if this meme is a legit one, come on! Can we not come up with a name better than that? Who is working for the design company, a fourth grade boy who spends his days in the principal’s office for making fart noises with his armpit? But something tells me this is a “big kid” laughing like Wayne and Garth, Beavis and Butthead, add any other grown man parody. And just in time for Halloween season, after all, the crayon is one of the most popular costumes.  Just don’t embarrass your prized pup, ya jagoff! Thanks to Adam Driscoll for the chuckle nonetheless.